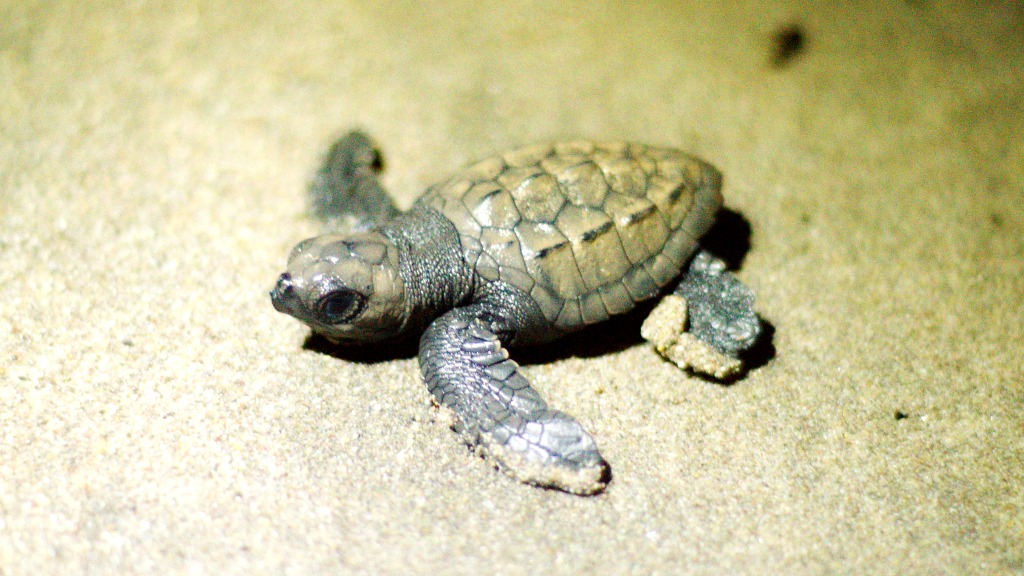 Eighty-four degrees Fahrenheit is the sweet spot for sea turtles. At that temp, babies have an equal chance of being male or female — so paint the nursery yellow! When things get hotter, however, tots are more and more likely to be female. At 86.9 degrees F, only lady sea turtles are born.

Which means climate change is effin’ things up again, according to research published today in Nature Climate Change. A warming world could make male hatchlings a thing of the past, potentially driving the turtles extinct. Yikes. One of the study’s authors, Graeme Hays from Deakin University, notes that the population of Caribbean green turtles has already shrunk more than 99 percent.

The Sydney Morning Herald has the scoop:

The study focused on a globally important loggerhead turtle rookery on the Cape Verde Islands in the Atlantic but its results also apply to species elsewhere, including the Pacific. It found light-colored sandy beaches already produce 70.1 percent females, while beaches with darker sands are at 93.5 percent.

But which color beach has the best umbrella drinks? Guess we’ll have to go ask the girls.