I never really thought I’d end up playing a video game about geophysics.

Well, it’s sort of a video game. It’s also kind of a textbook you can poke and prod at on an iPad, with whimsical sound effects that make the feeling of playing god that much more bizarre. The whole thing is strangely hypnotic: I can raise a mountain on a plain with my index finger, and watch the wind carry cotton puffs of cloud from the seashore while trees rise and fall like blades of grass. When I drag my finger over the mountain, it snows. A groaning cap of glacier rises up and begins to grind its way down the slope like too much frosting — until I increase the temperature a couple of degrees, and the glacier vaporizes with a loud creak.

Then I shrug and turn the page. 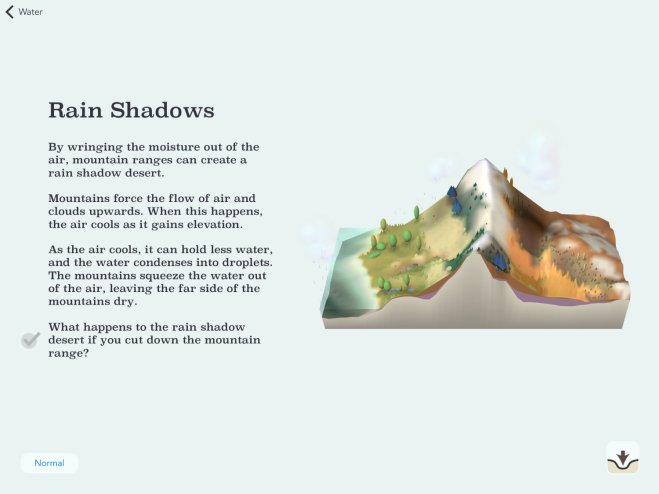 The game/book/art project is called Earth Primer, and it walks you through the geological forces that shape our planet, from the movement of magma boiling at its core to the mechanics of the glaciers sliding over its surface. Each page bears a brief paragraph outlining the basic science, but mostly the explanations are a frame for animated dioramas where you can apply these concepts for yourself. You can build mountains and dig out lakes, or shape sand dunes using the wind like a paintbrush. You can pour rain down on the imaginary landscape until it melts away (technically erode), and watch forests grow and die in a matter of seconds.

This chimerical virtual earth was designed by Chaim Gingold, who previously worked on the similarly science-heavy Spore (which let you build whimsical single-celled organisms and then play them as they evolve over millennia). Both games betray a light touch with their material: Sure, they’re backed by real science, but mostly they are playful — which is why they work. In Earth Primer, over minutes you can manipulate and witness the kinds of geologic change too slow to be observed in a lifetime, or even a hundred lifetimes.  Then, through a series of juxtapositions with high-resolution, Earth-porn satellite photos, your actions are matched to the places in the world where the effects of those geological forces can be seen in stunning detail. 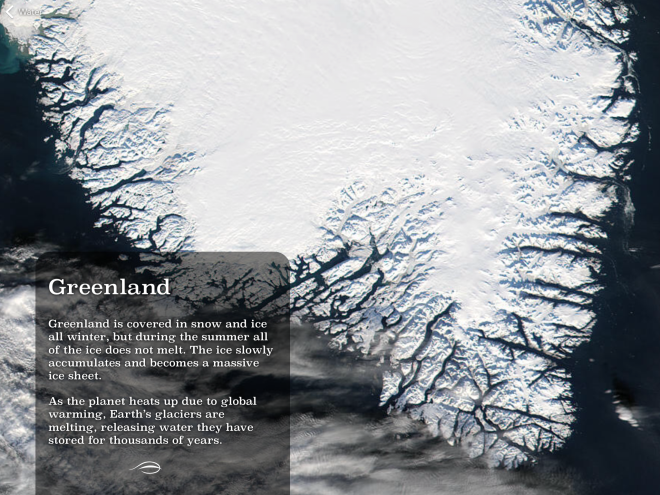 Earth Primer isn’t about climate change the problem. But it also kinda is.

“As humans on this planet, at this moment, we are simultaneously small and we’re large,” Gingold says. “We have this effect that’s bigger than we can imagine, and it’s hard to conceptualize.”

So while Gingold’s toy-like Earth facsimiles don’t include a carbon model, they do include all the pieces of climate change. You can alter the temperature. You can raise the sea level. You can watch small shifts in wind or rainfall have ripple effects across a landscape. It’s both entrancing and, insidiously, a little alarming.

Which is where those glaciers come in. You can build them miles high on your little square of virtual world; you can also melt them. The effect is almost too subtle sometimes — sure, water fills in previously dry parts of the landscape, but there was nothing there to try to protect in the first place. This is maybe the game’s biggest weakness: There are no stakes. By design, the model Earths are meant to serve as a kind of sandbox, a space for formless, goalless play … which is great IF you aren’t set on a particular goal like, say, avoiding runaway global warming.

Which Gingold, emphatically, is not. “It’s not that I didn’t want to be political, I just didn’t want to be heavy-handed,” he explained. So while glancing references to climate change and global warming appear in a handful of places in the text, they are absent from the models. “I tried to strike this tone of not lecturing to the players, because I think that creates a different kind of experience that’s less inviting,” said Gingold. “I’d rather people draw their own conclusions than me sort of spell it out.” 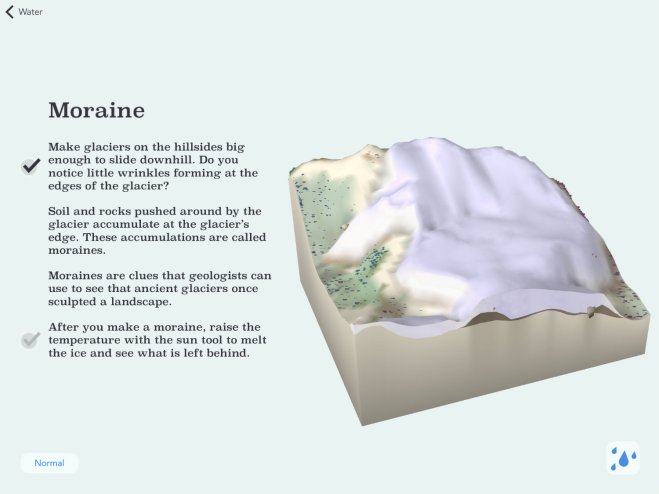 “If young kids end up playing with this and then, as they grow older, they have deep in their consciousness this memory of melting glaciers — maybe that will make them see the world differently,” Gingold says. But that’s as far as it goes.

You could go back and forth on the best way to sneakily raise climate change awareness among the screen-obsessed. Maybe a cap-and-trade game would be a real hit! Maybe trading carbon credits and negotiating international  agreements would be as much fun as outfitting your dream Sim family with a house full of robot minions! (Or was that just me?) Who knows! But the deep logic of Gingold’s virtual planet remains compelling, even if — or especially because — there is nothing to win or lose.

Here’s the thing about explicitly environmental messaging: It’s often a huge bummer. And since we humans are basically primed to seek pleasure and avoid pain, this means plenty of people just plug their ears and hum when faced with a lot this this downer information. Maybe there’s something to be said for making pure pleasure out of the stuff of apocalypse. 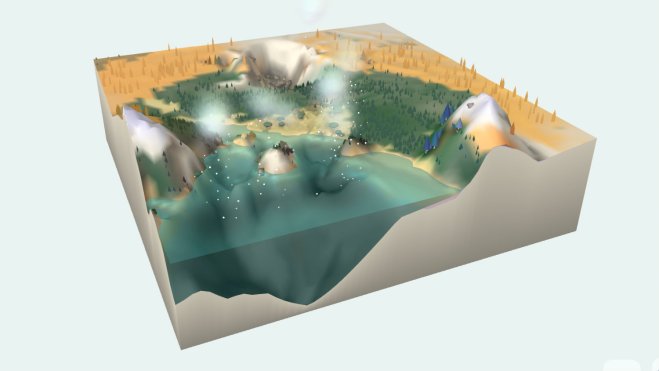 “I think that, for me, the toy quality is there to draw you in, and to transform the world into something you can grasp, both metaphorically and literally — that you can literally grasp by playing with it and you can also grasp it conceptually,” Gingold said. “It’s hard to get your head around massive processes that take millions and billions of years.”

With Earth Primer, Gingold seems to have taken a few interesting steps towards solving our real climate problem: It’s really, really hard for the average person to comprehend the kinds of changes that occur over millennia on the surface of the Earth. Face it — it’s hard for some of us to even register changes in our own moods over the course of an afternoon. (Sorry about that thing I said the other day; I was just hangry.)

But if we can better grasp the way things used to be, we can really get properly terrified at the scope and speed of the change occurring on the surface of the Earth now, and maybe fix it. That’s a game we’ll definitely want to win.