Get an up-close, face-to-face view of a rescued pelican learning to fly 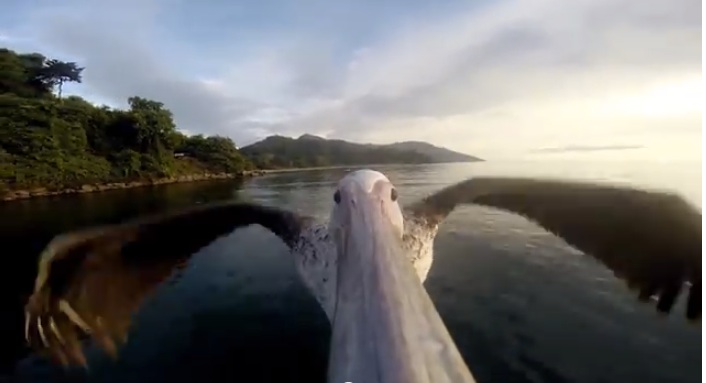 Get an up-close, face-to-face view of a rescued pelican learning to fly

Bigbird the Pelican was a foundling. He swam in off Tanzania’s Lake Tanganyika one day, alone and unable to fly, and he was adopted by a safari company, Greystoke Mahale, that makes its camp on the lake’s banks.

And he grew up, and he learned how to fly, and his rescuers strapped a GoPro camera to his beak while he did it so you could get a bird’s-nose view of the whole thing. This video of Bigbird winging over the lake may essentially be a commercial for GoPro, but it’s also pretty awesome. Look how big Bigbird’s wings are!