Incongruously placed at the center of the Elliðaárdalur valley in Reykjavík, Iceland, is a large, gloomy structure tucked between a crowding of trees along the banks of the Elliðaár River. I’m waiting by the building’s brick-lined door, under a large red sign with its name emblazoned across it — TOPPSTÖÐIN — when a tall, spectacled man glides up to me on his bicycle.

Upon meeting Andri Snær Magnason, writer, activist, and co-founder of Toppstöðin, one quickly gets the impression that he could talk anyone into embarking on an adventure with him. (His ideal excursion, as he later tells me, is cycling 280 miles along Iceland’s southern coast with his family.) His gift for persuading people to tackle big challenges bleeds into his professional life, too: He’s arguably the father of the modern Icelandic environmental movement.

Toppstöðin — Magnason’s pet project since 2008 — is a decommissioned coal plant turned equal parts co-working space and artists’ haven, and has become a model for how communities can re-purpose old power plants in a post-fossil fuel economy. Built by the teamwork of an eclectic group of activists, entrepreneurs, artists, and local government, Toppstöðin provides a glimpse of the possibilities for Reykjavík’s future. 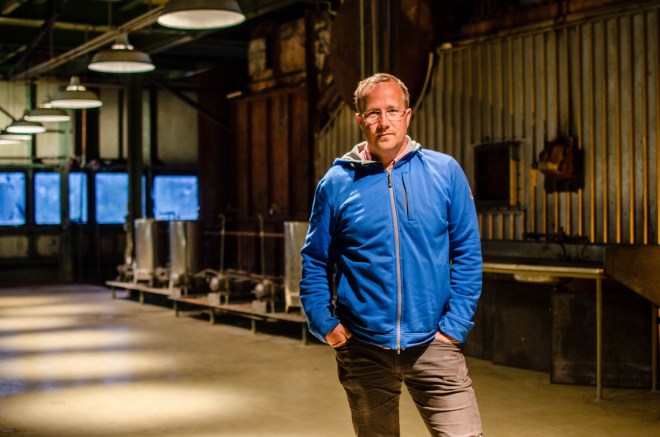 “This was the last coal-fired power plant here in Iceland before we removed coal from the grid in the `80s,” Magnason tells me.

Magnason’s soft-spoken demeanor belies the fact that he’s a gifted storyteller. He can move people with his words and has mobilized grassroots rallies, bringing together tens of thousands of Icelanders. With his book Dreamland: A Self-Help Manual for a Frightened Nation, he brought the conflict between Iceland’s ecology and its economy onto the global stage by exploring corporations’ exploitation of the country’s natural resources. Since its publication, Magnason has spent much of the last decade working on environmental projects in Iceland, alongside influential leaders like singer Björk and the country’s former president Vigdís Finnbogadóttir, who was the world’s first democratically elected female head of state.

“You could say Iceland is the post-coal utopia in some ways,” he adds.

It’s a provocative statement: though Iceland is often awarded international accolades for its alleged commitment to sustainability and its transition to renewable energy, the country is far from becoming the poster child for environmentalism.

Iceland is Europe’s second-largest CO2 polluter per capita, according to a 2015 report released by the European Environment Agency. Its carbon emissions are the product of heavy industry — mostly aluminum smelting — and the destruction of its southern wetlands, which were ripped apart by government-subsidized tile drainage projects in the late 20th century. Iceland is also guilty of massive food and electronic waste, and has one of the world’s highest numbers of motor vehicles per capita. 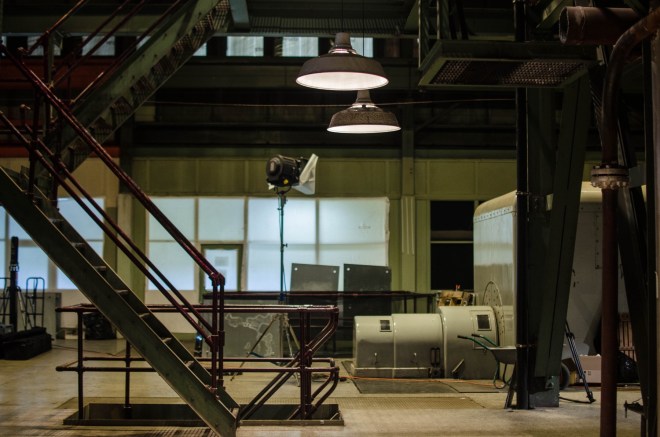 The interior of Toppstöðin. Scott Shigeoka

Iceland’s environmental successes, however, can be found in its transition to renewable energy. Nearly 85 percent of the country’s primary energy consumption comes from hydropower and geothermal sources. These advancements were made in the wake of the country’s commitment to become completely independent from fossil fuels.

Many of Iceland’s dams and geo-thermal stations were constructed during an era of economic prosperity for the small country (pop. 320,000). By 2008, Iceland’s banking industry appeared to be thriving, employment was at an all-time high, the value of the Icelandic krona was strong, and large sums of foreign investment were pouring in to bankroll energy mega-projects around the country.

These mega-projects were controversial because they often led to the destruction of ecologically diverse regions in Iceland. Geothermal plants were dropped in natural landscapes, and dams flooded entire valleys and disrupted plant and animal life. Further insult to injury came when such projects — like the Kárahnjúkar Dam in 2003 — were built explicitly to power aluminum smelters, which release significant amounts of CO2. In 2008, Björk and Sigur Rós teamed up with Magnason to convene nearly 30,000 people — about a tenth of Iceland’s population, making the event one of the largest protests of its kind ever organized in the country — for a concert in the valley next to Toppstöðin. Together, they successfully protested the construction of a dam in the southwestern part of the country. 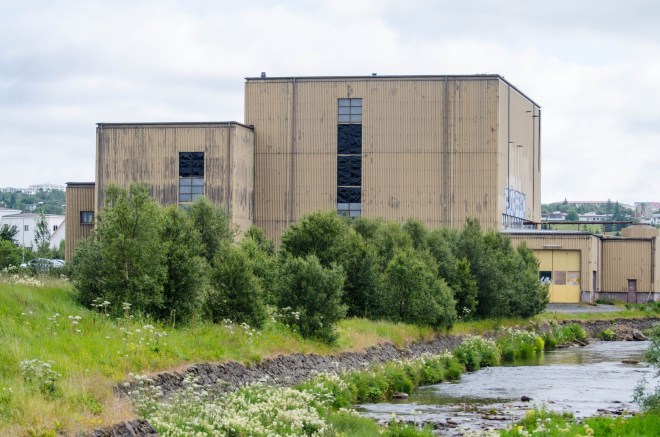 “It was such a shame and a failure of our imagination that we were sacrificing nature for easy money,” Magnason said. “The fetish for billions of dollars and using huge machines to blow up valleys was just a general misunderstanding about how value is created.”

By 2007, Iceland’s major banks held assets in excess of eight times the country’s GDP. The banks’ inevitable fold in the fall of 2008 prompted a domino effect that led to the country’s swift economic collapse in a matter of days. The Icelandic krona lost more than half its value against the dollar.

The economic disaster sparked a powerful grassroots movement of positivity and innovation. Dubbed “Iceland’s creative revolution” by Magnason, it brought about the successful mayoral candidacy of self-described anarchist and comedian Jón Gnarr in 2010. It also led to the creation of the historic National Assembly, a new power gathering that brought Icelanders together to re-imagine and re-design their country’s Constitution.

“After the crash, the start-up became a virtue,” Magnason said. “It was not seen as something sad…it became kind of cool to be [an entrepreneur] struggling with an idea.”

That year, Magnason was forced to do a lot of introspection. He questioned his narrow focus as an author: “Should we just write about things or should we try to prove things … and make something?” 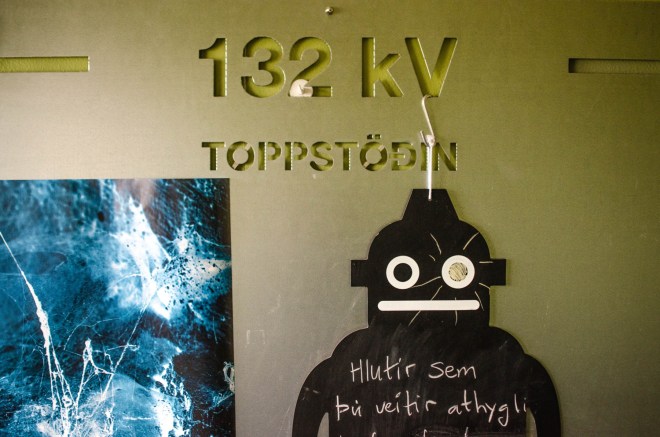 As a functioning power plant, Toppstöðin had 132 kilovolts of electric potential.Scott Shigeoka

Tapping into the national momentum around start-ups and his desire for a more direct role in recovery efforts, Magnason drafted a formal proposal to re-purpose the Toppstöðin power plant into a cultural and start-up hub for the city. He had an expansive network through his successful writing career, and he could tap into his prowess for storytelling to inspire the right people to get involved. Working alongside an architect and carpenter who were developing social housing in Iceland, he saw an opportunity for local entrepreneurs and artists to combine forces and re-imagine an alternative version of Iceland’s economy and future. He also believed there were environmental justifications for the proposal, since it would essentially act as a large-scale up-cycling project, giving more value to the building instead of just tearing it down.

Toppstöðin, which was de-commissioned in 1988 and abandoned for the next two decades, mostly served the community as a canvas for vandalism and an informal dumping ground for household waste. As such, the city planned to demolish the building at a cost of US$2 million. Magnason and his collaborators, however, saw an opportunity to re-purpose the building in a way that could contribute a new type of power and energy to the city.

“We also wanted to prove that you can create jobs by using already existing things,” Magnason said. “Harnessing unused ideas instead of waterfalls…there would be more force in that.” 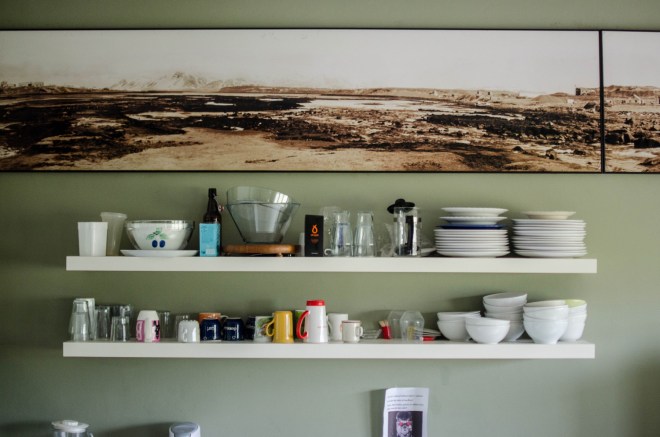 In Toppstöðin’s shared kitchen, a photograph shows what the landscape of the Elliðaárdalur valley used to look like.Scott Shigeoka

The proposal to re-purpose Toppstöðin was persuasive. Though there were other organizations vying for control of the building, the city offered the keys to Magnason and his collaborators.

The City of Reykjavík, however, denied Magnason’s requested $500,000 budget. Forced to devise their own ways to generate revenue for Toppstöðin, they capitalized on the trend of co-working spaces and offered office spaces to entrepreneurs and artists for a meager rent of $100 per month. Shortly after, a range of products and ideas — from off-grid windmill developments to designer underwear — started incubating at the power plant.

Daníel Auðunsson, a musician who also works part-time managing Toppstöðin, says that turnover has been a problem because many entrepreneurs run out of money and are forced to take full-time jobs at established companies. However, this is common in most start-up communities around the world, and there are still many working in Toppstöðin who embody the spirit of its founding vision. 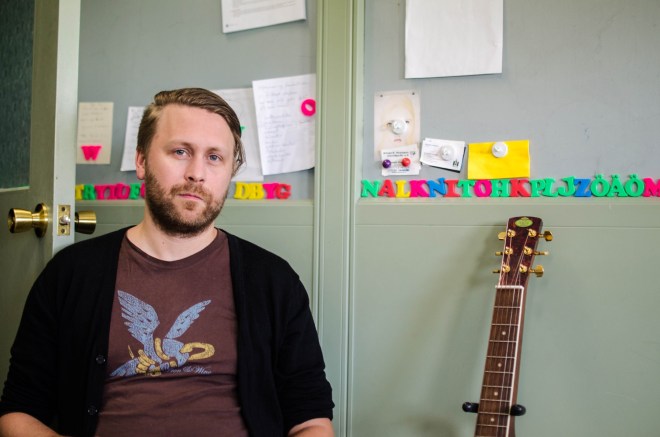 Ásta Guðmundsdóttir, for example, is an Icelandic artist and fashion designer who has been renting out space in Toppstöðin for years. It was a cheaper alternative to a studio in the center of the city, and she’s been able to cross-pollinate with other artists and entrepreneurs working in a range of other disciplines.

She has utilized Toppstöðin to its fullest potential, putting on events for the local community like the fashion design installations she hosted there in 2012 and 2013. Supported by her work at Toppstöðin, Guðmundsdóttir has collaborated with artists in Japanese forests and recently premiered a sustainable fashion line in Copenhagen. 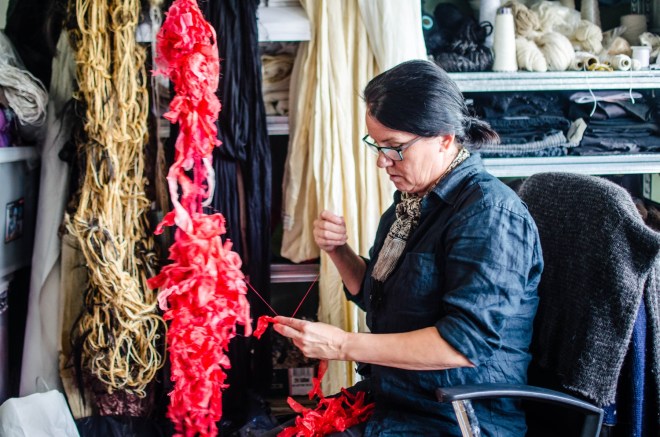 Ásta Guðmundsdóttir, an artist and clothing designer who works in Toppstöðin.Scott Shigeoka

Admittedly, the power plant could be renovated so that it’d be safer to work and play in. Almost 10 years after its launch, pieces of scrap metal and machinery remain littered throughout Toppstöðin, and parts of the building are completely pitch black due to a lack of lighting. However, the staff does their best to maintain as much of it as possible. Magnason said that the plant needs “maybe $5 or $6 million to get it into a real running state,” and his dream is to open up exhibition rooms, a film studio and performance stages. Currently, the building has 37,500-square-feet of untapped usable space.

“The long-term vision is to make this a bigger hub like a community center,” he says.

Then, he lit up: “My own motivation for Toppstöðin was from an environmental point of view. Our government said we needed lots of destruction of nature to create jobs … but I think we proved quite a bit here with no money put into it, just time and talent.” 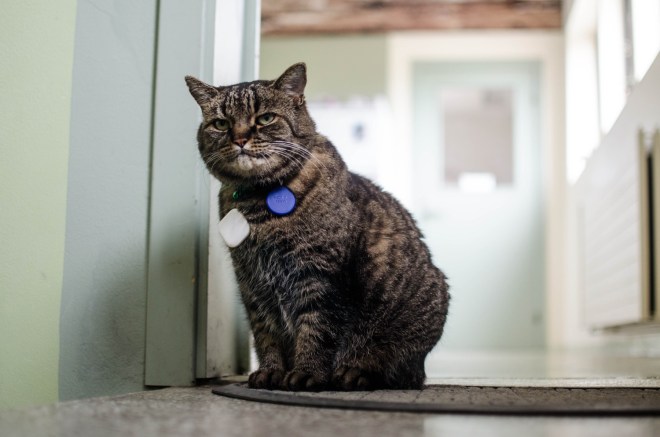