Diane Burko has a penchant for glaciers. Her paintings and photographs of frozen landscapes evoke the sensation that you’re standing on ice that could soon melt away — as ice these days is wont to do.

“I always say that I think ice is a real indicator of climate change,” Burko says. “It’s sort of my niche.” 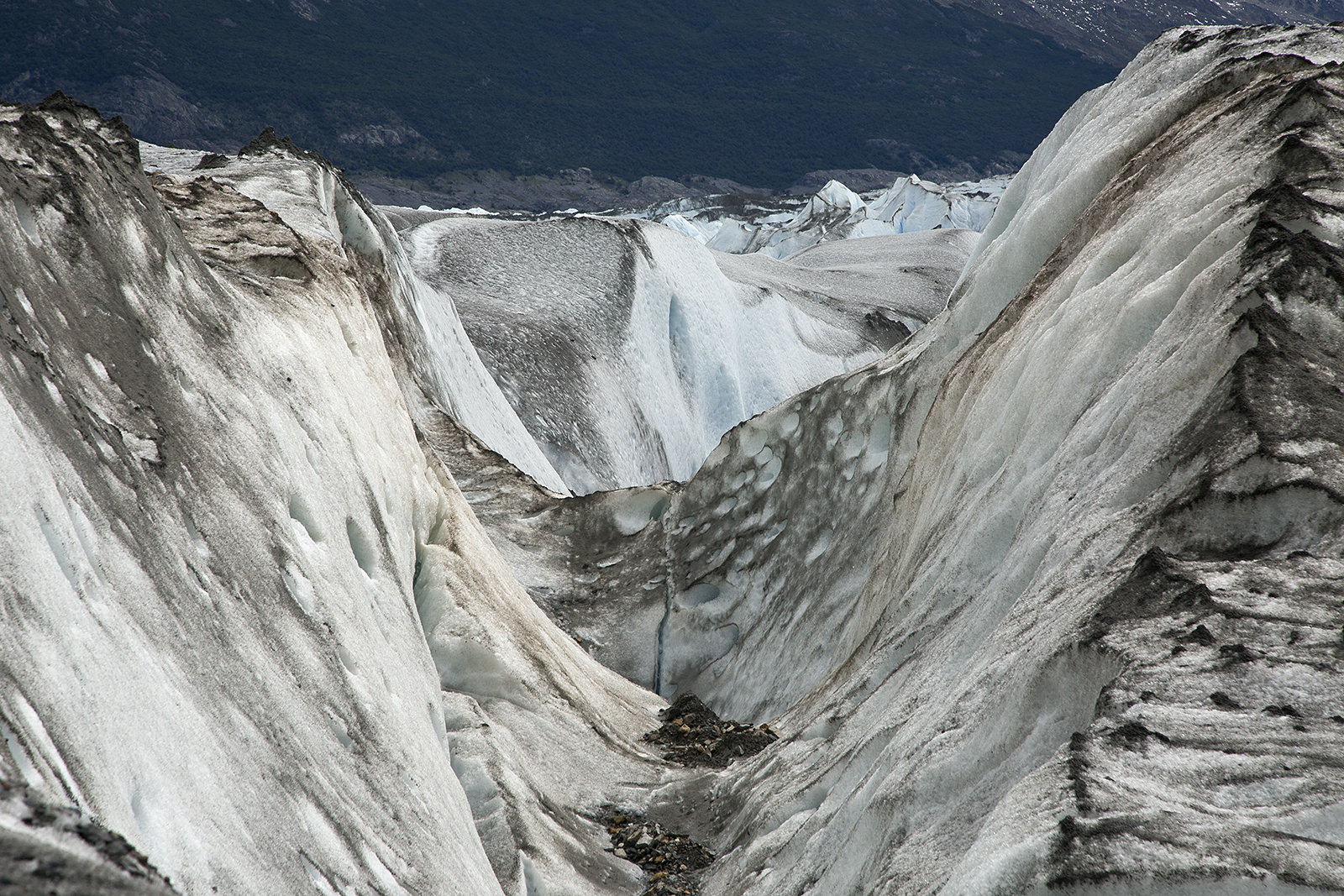 For 40 years, Burko has been painting and photographing images of dramatic geological landscapes. She attributes this interest, surprisingly, to her upbringing in an apartment building in Brooklyn. “I didn’t see volcanoes or big mountains or anything, and I guess that’s why I was fascinated by them,” she says.

In 2006 — the same year that Al Gore’s An Inconvenient Truth came out — Burko began wondering if the snow she had painted on mountain landscapes 30 years prior was still there. That inspired her to research glaciers, connect with glaciologists, and embark on a journey as an artist turned climate change activist. 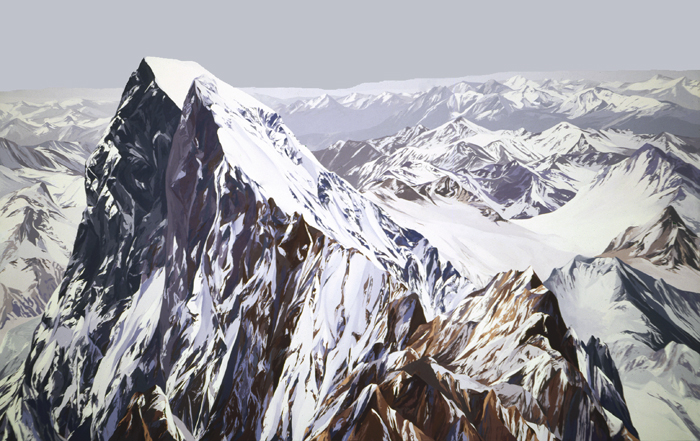 Though her original work was based on images collected by others, Burko wanted to see the frigid landscapes she painted in person. In recent years, she’s traveled from pole to pole alongside geologists and climate scientists, conducting her own sort of visual research. Her expeditions have resulted in glacial landscapes painted on sweeping canvases and thousands of photographs taken from the air, land, and sea.

Burko’s recent “Elegy” series pays homage to 12 icy locations threatened by climate change around the world, from Grinnell Glacier in Montana to Mount Kilimanjaro in Tanzania. The prints, which she describes as “fictional aerial views,” are imaginary scenes inspired by her polar expeditions. 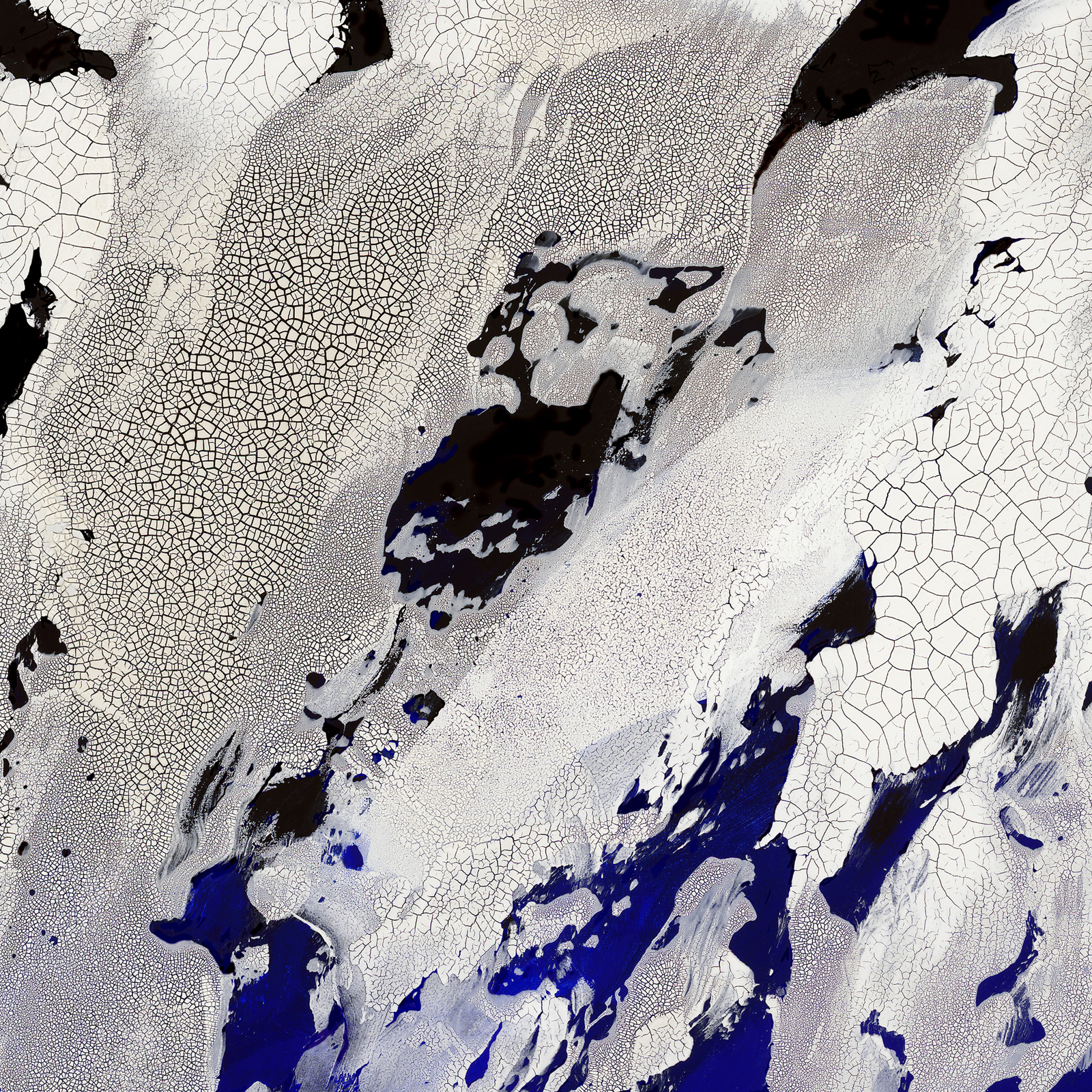 Burko says she’s visited the three largest ice fields in the world. Her photography project “Deep Time” focuses on one particular glacier she walked on, Viedma Glacier in the Southern Patagonian Ice Field in Argentina. Each set in the series consists of a pair of images: one that represents geological time where change happens over millions of years (see the fossils below), and another that represents the swift environmental challenges we face at the present (see the glacier below). 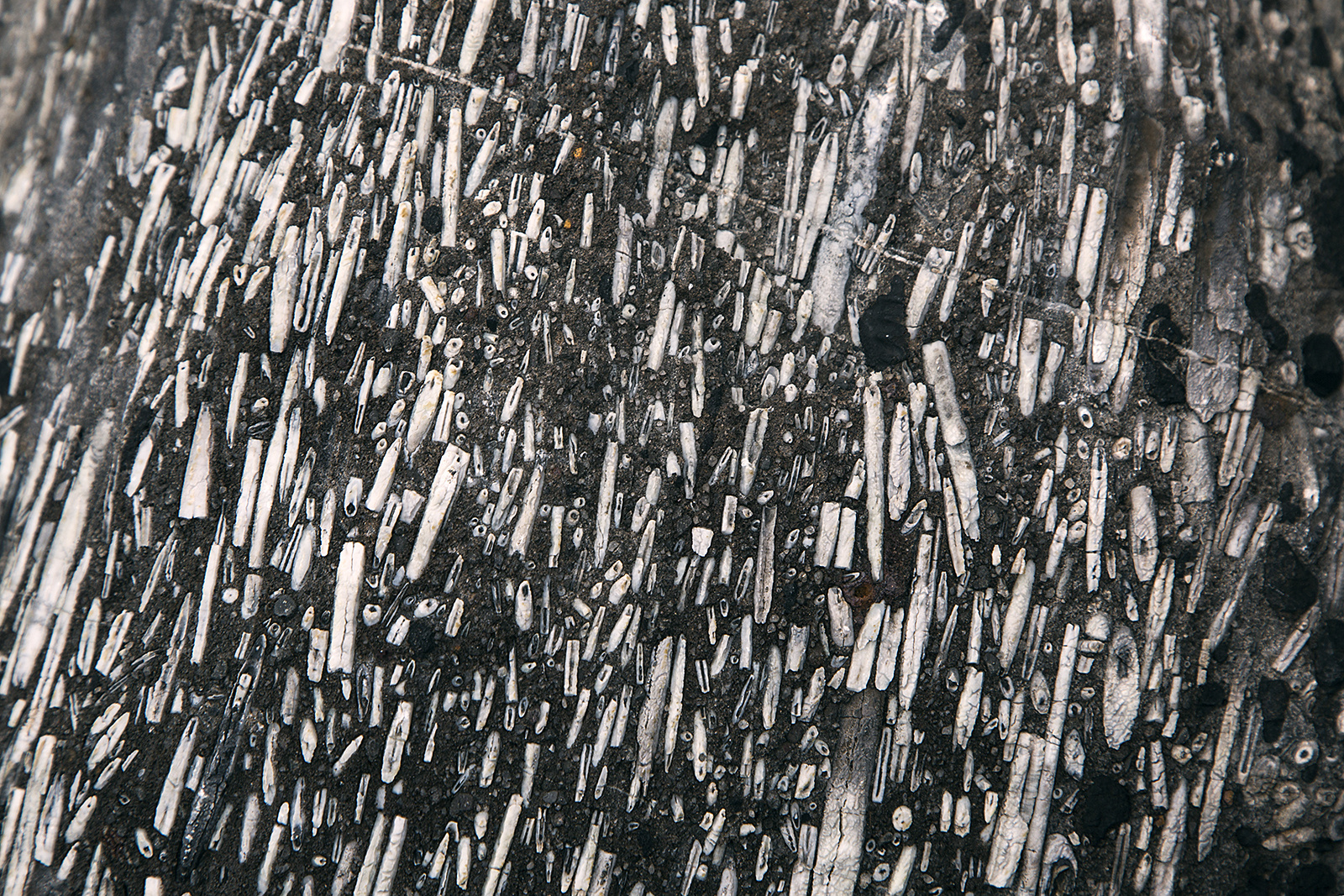 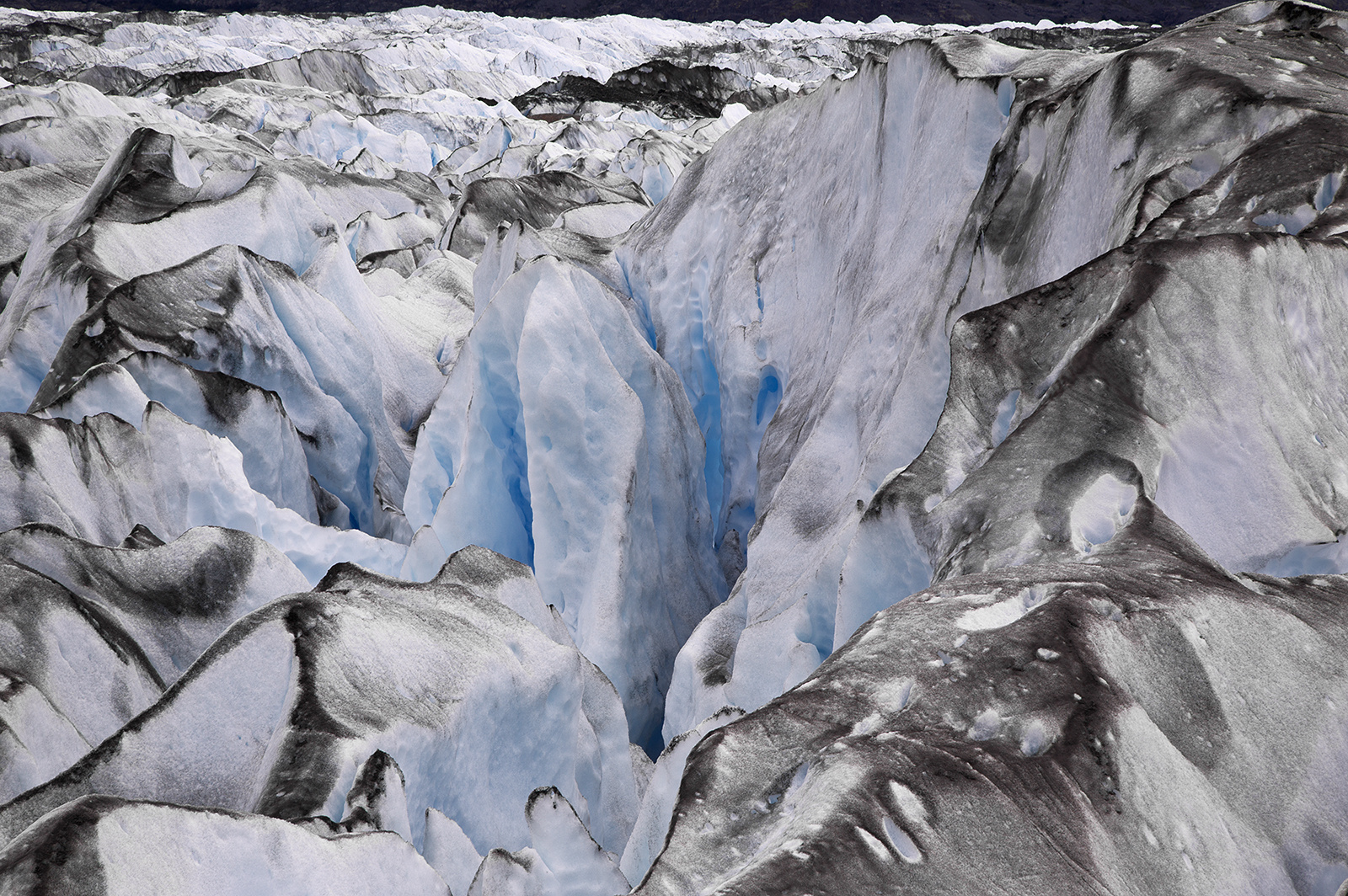 “We can’t watch a mountain grow, or even watch a glacier,” Burko says, explaining that her project juxtaposes images from past and present to make sense of a vast geological time scale that we find hard to comprehend.

In the end, that’s what Burko’s artwork is all about. It places you in front of a glacier, making you wonder what the scene may look like a thousand years from now — while in the background, you can almost hear the trickle of today’s ice melting away. 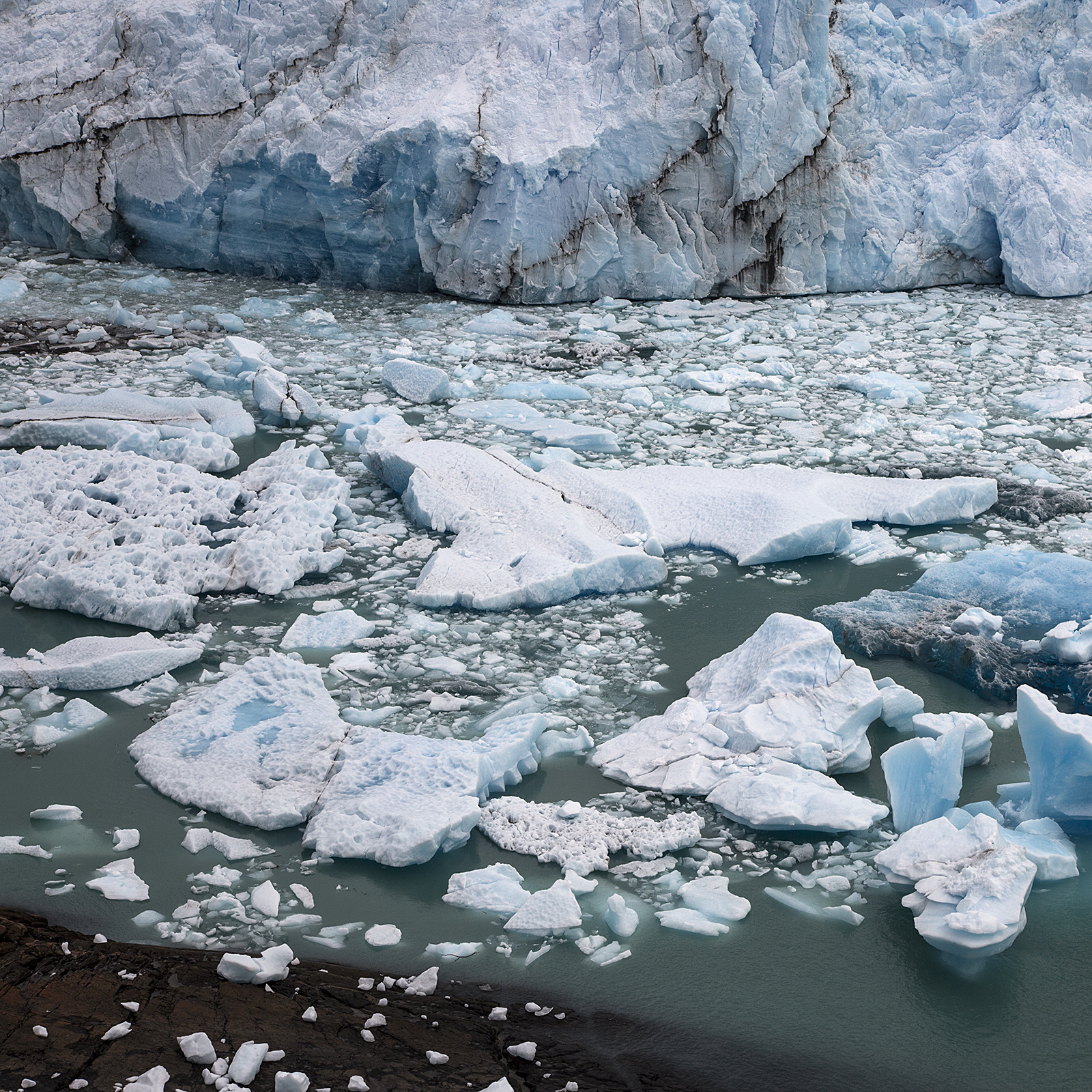