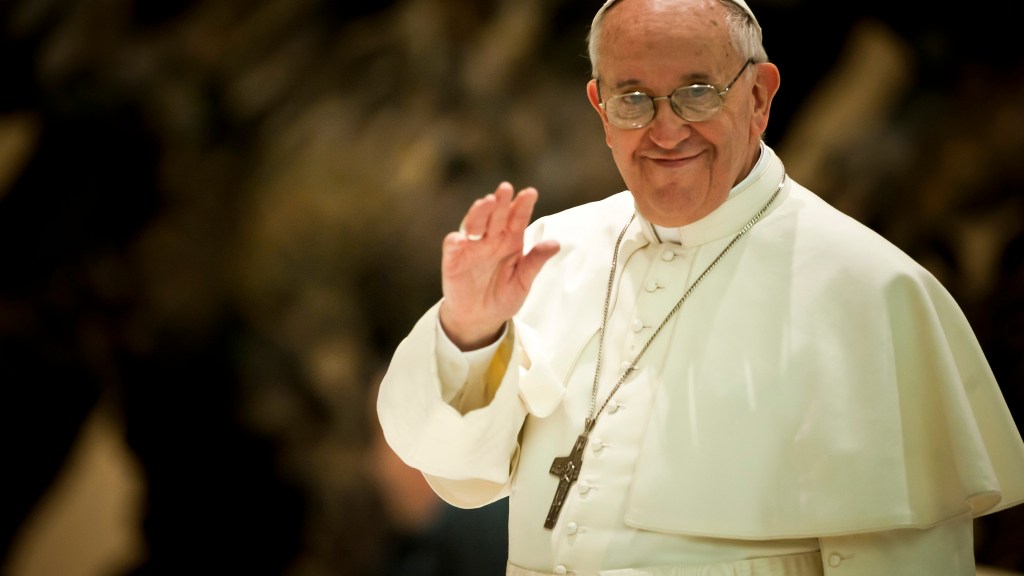 Thousands of delegates representing the world’s 20 most powerful economies will gather in Australia for the G20 Leaders’ Summit to discuss how best to stabilize the recovering world economy. Yep, a lofty goal — so it’s best to consult a higher power with issues such as these. Lucky for world leaders, Pope Francis has something to say about it.

The Pope wrote to Australian Prime Minister Tony Abbott with some (probably omnipotent, but otherwise just really well-informed) advice: Although curbing global economic issues is important, don’t forget that peoples’ lives (and souls, of course!) are at stake when it comes to the leaders’ economic decisions. And second, the natural world is taking a flogging as a result of “unbridled consumerism.” Here’s more from Francis’ letter to Abbott:

I would ask the G20 Heads of State and Government not to forget that many lives are at stake behind these political and technical discussions, and it would indeed be regrettable if such discussions were to remain purely on the level of declarations of principle. Throughout the world, the G20 countries included, there are far too many women and men suffering from severe malnutrition, a rise in the number of the unemployed, an extremely high percentage of young people without work and an increase in social exclusion which can lead to criminal activity and even the recruitment of terrorists. In addition, there are constant assaults on the natural environment, the result of unbridled consumerism, and this will have serious consequences for the world economy.

So what should the leaders work towards? Protecting global welfare and, he says, doing something about (dramatic pause) climate change.

It is my hope that a substantial and productive consensus can be achieved regarding the agenda items. I likewise hope that the assessment of the results of this consensus will not be restricted to global indices but will take into account as well real improvements in the living conditions of poorer families and the reduction of all forms of unacceptable inequality. I express these hopes in light of the post-2015 Development Agenda to be approved by the current session of the United Nations Assembly, which ought to include the vital issues of decent work for all and climate change.

By “It is my hope,” we think he’s hinting something like, “If this doesn’t happen, I heard from the Big Guy that we’re all preternaturally doomed.”

We should all take heed of his letter, especially in light of up-coming consumer-driven insanity that has come to mark the holiday season. It’s like the Pope is playing the combined parts of Cindy Loo-Who, Tiny Tim, and, well, himself, in order to remind G20 leaders what life is really all about. Only, without the roast beast.