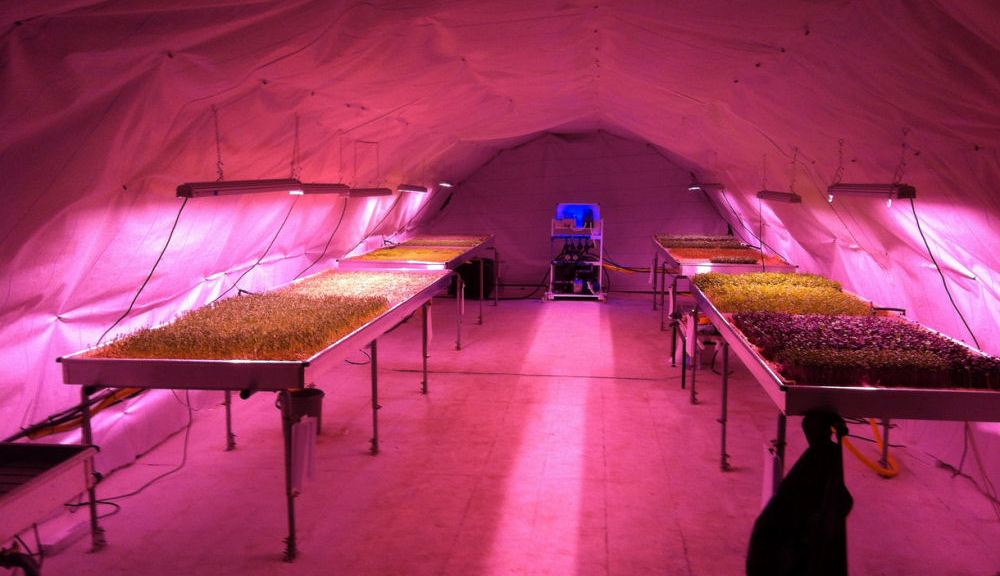 Underneath London’s subway lines, there are other tunnels — they were used as air raid shelters during World War II, but now they’re lying vacant. And two entrepreneurs, Richard Ballard and Steven Dring, want to use them to produce “fresh ingredients with a minimal carbon footprint” — pea shoots, arugula, mizuna, chives, mustard leaf, radish, basil, and more, grown hydroponically in the tunnels under LED lights.

Due to the site depth 100ft below street level, the tunnels enjoy a stable temperature of 16°C [60°F] all year round, meaning that production can continue throughout the year and additional energy costs can be kept to a minimum. Any additional energy will be sourced from green suppliers.

The produce would be sold to London restaurants, but first the guys need almost $500,000 to get the project off the ground. (Well, off the ground and then back under it.)

And, really, however quixotic it seems, we should support this project. We’re going to need to know how to grow food in caves when we have to move to Mars and live underground to limit our exposure to radiation.