It hasn't rained this much in England since 1767, or maybe since ever 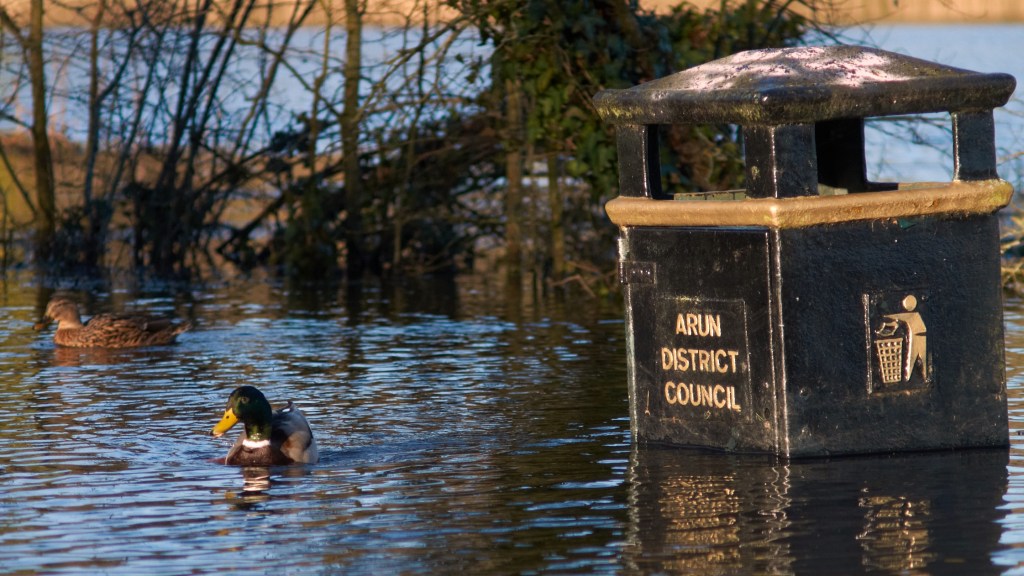 It hasn’t rained this much in England since 1767, or maybe since ever

There aren’t many things bleaker than a soggy English winter, and this winter has really provided something for the Brits to whinge about.

Nearly six inches of rain fell on southern and central England in January, triggering floods and producing the heaviest monthly drenching since record-keeping began at an Oxford University weather station in 1767. And the mid-winter deluges have continued into these first few days of February.

Hitherto-unprecedented flooding such as this has been forecast to afflict the region as the climate changes.

The head of the country’s Environment Agency warns in an op-ed in The Telegraph that it can’t afford to protect both rural and urban areas from floods:

The south of England has had its wettest January since 1910. Roads have been impassable, train and plane travel disrupted and 250,000 homes have been without power.

Environment Agency staff have been working the whole time to help communities at risk. They’ve been running pumping stations, erecting defences, issuing warnings and clearing blockages from rivers — often in the most challenging conditions. …

Yes, agricultural land matters and we do whatever we can with what we have to make sure it is protected. Rules from successive governments give the highest priority to lives and homes; and I think most people would agree that this is the right approach.

But this involves tricky issues of policy and priority: town or country, front rooms or farmland?

Flood defences cost money; and how much should the taxpayer be prepared to spend on different places, communities and livelihoods — in Somerset, Lincolnshire, Yorkshire, or East Anglia? There’s no bottomless purse, and we need to make difficult but sensible choices about where and what we try to protect.

What role is climate change playing here? [Insert boilerplate statement about how hard it is to attribute individual weather events to global warming.] Still, these wet conditions in England are precisely those that have been forecast by climate models.

“The frequency and severity of the flooding seen over the past few months is likely to become more commonplace in the future due to climate change,” a flooding expert told The Guardian. “This means maintaining investment in flood defences in the longer term, but also making buildings and infrastructure more resistant, and being better prepared to actively respond to flooding.”