Massive sinkholes in Texas could combine to form even massiver sinkhole 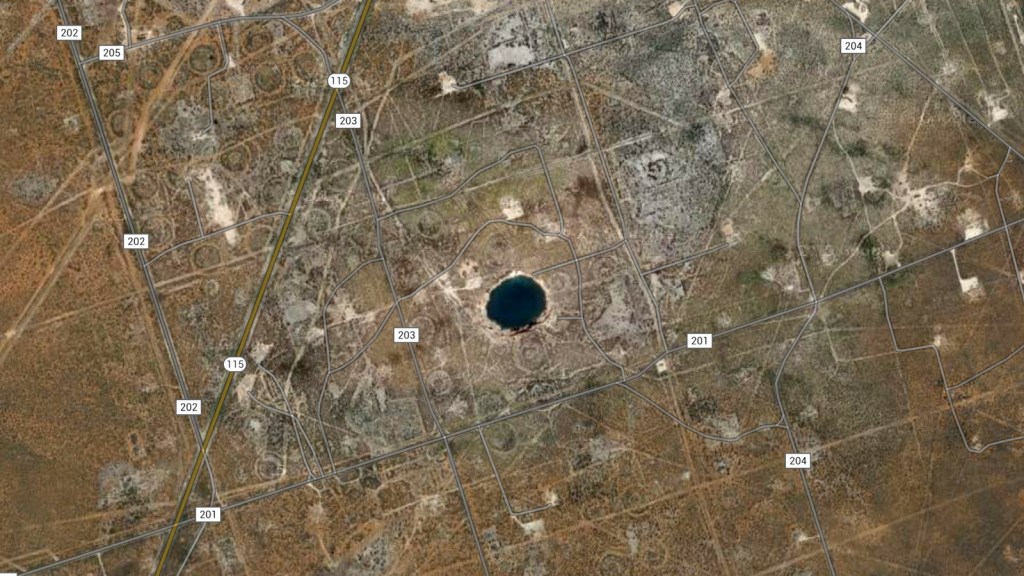 Massive sinkholes in Texas could combine to form even massiver sinkhole

Welcome to West Texas, where sometimes the ground just opens up under your feet.

Two existing sinkholes — one in the adorably named town of Wink, the other in the absurdly named town of Kermit — are about a mile away from each other, but data suggests they might be expanding. Researchers from Southern Methodist University analyzed radar images of the area and found some hints of movement in the surrounding ground. If the sinkholes keep growing, it’s possible they will merge into one supermassive sinkhole.

And that would be a big problem indeed.

“This area is heavily populated with oil and gas production equipment and installations, hazardous liquid pipelines, as well as two communities,” said study author Jin-Woo Kim in a press release. “A collapse could be catastrophic.”

Sinkholes are not uncommon in this part of West Texas, thanks to the area’s prolific oil and gas industries. These particular sinkholes, however, are large even by Texas standards: The hole in Wink, which formed in 1980, is 361 feet across — or the length of a football field — and its neighbor in Kermit varies between 600 and 900 feet across. Both are over 100 feet deep.

Sinkholes occur when water dissolves bedrock over time, and then — sometimes suddenly — the ground collapses. They can be just a few feet across, or, like these ones, big enough to hold buildings. (A 2013 sinkhole opened up under the National Corvette Museum in Bowling Green, Ky., and swallowed eight classic cars.) And while sinkholes can form naturally, they are also created by human activity like oil and gas extraction.

The expanding sinkholes are, naturally, some concern for local residents. In 2014, Winkler County Sheriff George Keely told the local news that cracks were forming in the roads around the sinkhole. “This looks like something from the moon or Jules Verne or something,” Keely said on a visit to the larger of the two. “I do not like being out here.”