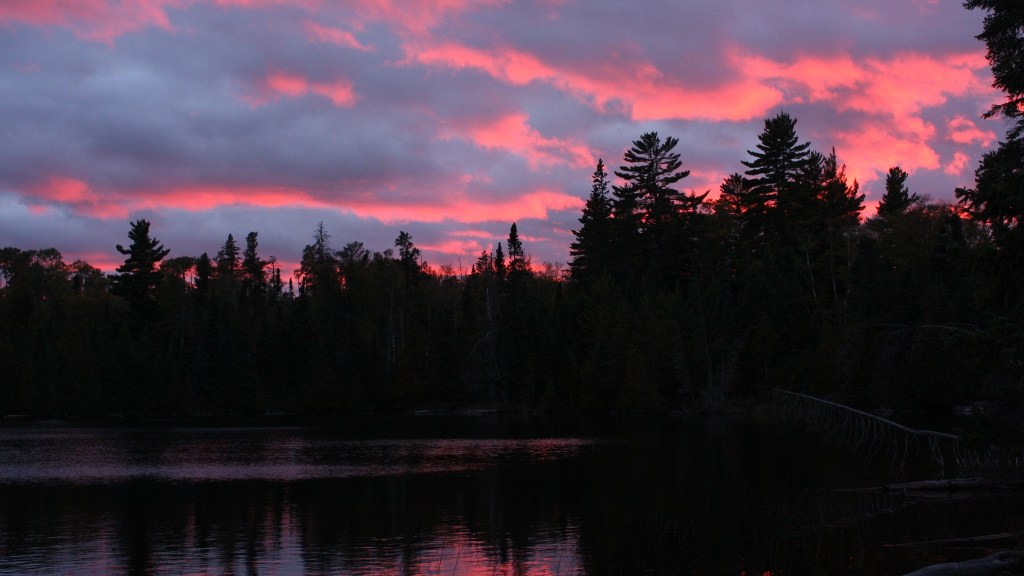 That can’t possibly be true.

This kind of flip-flop can confuse editorial boards that love their coastal cities (read: the masthead of any publication): What’s so great about Minnesota anyway? How can it be so magnetic that it uprooted and attracted a D.C. data journalist who’d just mocked the shit out of it?

Where I’m from (can you guess?) those questions are basically the Bat-Signal. Allow me to weigh in.

Well, first, allow me to let some objective rankings weigh in, because those are easier to understand. In the three years it has existed, Politico’s annual state ranking has left Minnesota in the first or second spot — based on factors like life expectancy (81.1 years), percent high-school graduates (92.6), and home ownership rate (71.1). The state has been lauded as the best state for job creation and the best state in which to retire.

And another funny thing: While Ingraham had a delightful time decrying that certain Minnesota county’s lack of natural amenities, the state itself has been recognized for having the best parks and the best trails — surely some great natural amenities, no? As Chuck Laszewski, communications director for the Parks and Trails Council of Minnesota told Minnesota Trails, “You cannot be on a horse in southwestern Minnesota and be grumpy. You cannot be bicycling the Gitchi-Gami trail, with Lake Superior over your shoulder, and not smile.” I certainly haven’t been grumpy on a horse. Why are you so grumpy on a horse, editorial board?

Laszewski touches on an important point here: You can read lists that find a way to quantitatively rank states by their most mundane qualities until the cows come home, but does that give you a real idea of what it is like to live there? To really live there? To crack a Summit over a bonfire? To read your book, bundled up on a lake chair and huffing citronella candle; interrupted only by loon calls? To drive on roads so flat and empty that you test your luck with your eyes closed? Two seconds? Five seconds? Ten?

Every other day, seemingly, there is a new listicle heralding the Very Best New Most Sustainable City (it’s always a city) for Millennials to Have Dream Jobs and Gorgeous Significant Others and Perfect Apartments, and no two of them are the same. Perhaps that’s because there is no “best place,” or perhaps that’s because the metrics for figuring out where to hang your hat in a permanent fashion may be sort of bullshit.

Even in the microcosm of Ingraham moving to Red Lake County, there’s potentially a central contradiction: Has he not somehow undermined his profession (data journalism) by moving to the data-driven “absolute worst place to live in America?” It’s not like the USDA rankings have changed. I asked him.

“Datasets are often held up on a higher pedestal than words, and I think that’s because for a lot of us datasets are less familiar,” he said. “Numbers carry a whiff of quantitative certainty that words don’t. But in reality I think many things that are true of communicating with words are also true when you communicate with numbers.”

That’s important, he said, because even words only offer an approximation of place. Even if he were to describe in “exhaustive detail” what a place is like, “that description will always be a pale shadow of the experience you would get if you actually went there and saw it for yourself.”

That’s the thing. I don’t really know how to tell you about Minnesota, because I’m not standing with you on a dock at Leech Lake right now. I can wave some datasets in front of your eyeballs, and I can tell you about Prince and Bob Dylan and Doomtree and Garrison Keillor and the Mall of America and the Mayo Clinic and Post-it notes. F. Scott Fitzgerald. The Coen Brothers. Honeycrisp apples. Judy Goddamn Garland. Maybe you’ve already heard of the 10,000 lakes — and if you were in the presence of a real Minnesotan, maybe you were reminded that there are actually 11,842.

Those cultural touchstones are just as definitive as state rankings, but they’re also just as arbitrary. And they certainly don’t capture, say, the tranquility — the actual feeling — of ice-fishing in the middle of a frozen lake.

In thinking about capturing place, Ingraham said, “I think a lot of it comes down to being careful or humble with numbers the same way you are with words.” Data can offer a sum of parts, but “the totality of a place is much greater than the sum of those parts.”

And another thing left out of all of those rankings? Granularity of identity. My experience of Minnesota — and, I imagine, Ingraham’s — will be wildly different from that of, say, a black single mother. As Jessica Nickrand wrote in a recent piece for The Atlantic:

A recent study by WalletHub, a personal-finance site, found that Minnesota has the largest racial poverty gap in the nation. Black residents in the Twin Cities live below the poverty line at a rate three times greater than that of white residents. Banks in the Twin Cities have been found to be nearly four times more likely to give high-income black residents subprime loans than their poor white counterparts. Minnesota consistently earns top national rankings for its students’ reading, math, and college-entrance exam scores, but it is one of the worst states in the nation for non-white students.

It’s enough of an inequity torrent for even the proudest Minnesotan to hang his head in shame.

But here is what gives me hope, and should hopefully reinforce Ingraham’s decision, too. It has to do with the infamous “Minnesota nice.”

Non-Minnesotans tend to think it’s a euphemism: Minnesota nice; that’s when someone gives you the cold shoulder, right? Wrongo bongo. It means that people tend to be reasonable human beings interested in caring for and learning about one another. Sure, that’s a blanket statement. It’s also a statement that won’t make a whole lot of sense unless you get up and move to the state like Ingraham.

But by way of illustration, take a gander at the current presidential primary results. Donald Trump, whose campaign focuses on an extreme degree of exclusion — see his language around deportation and Muslim immigration, for example — saw his lowest finish (third, with only 21 percent of the Republican caucus vote) in Minnesota.

The state’s not remotely all loons and lady slippers. It’s grappling with serious problems — but it is grappling with them. The hardest that presidential candidate Bernie Sanders has been drilled on racial justice came from a February visit to Minneapolis at a forum organized by local non-profit Neighborhoods Organizing for Change. Black Lives Matter Minneapolis is a leader in the national movement. When state legislators’ gears grind to a halt, local community organizers fight to grease the wheels.

And their stories aren’t captured by one-dimensional metrics, either.

What’s so great about Minnesota? I’m still looking for the right numbers and the right words, and very well may never find them. But I can still tell you with absolute certainty that we have the best state fair in the nation.