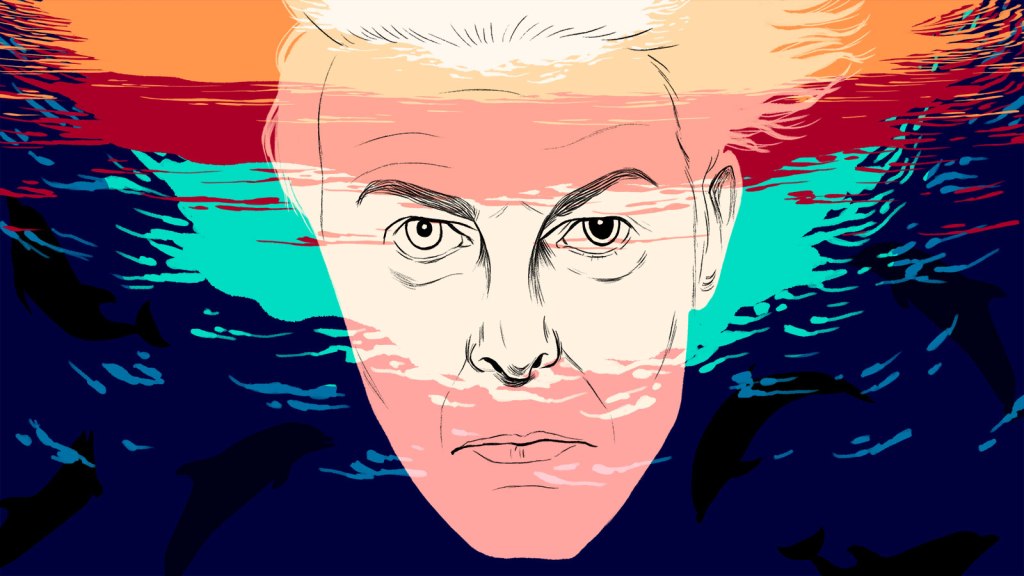 Grist / Amelia Bates
Our Bowies, Ourselves

This is an environmental publication, so I can really only write this piece if I ask the following things: Did you know David Bowie was the headliner at the 1972 Friends of the Earth “Save the Whale” concert? Did you know the poster for that concert featured him perched on a harpoon? Did you know he donated (OK, deeply discounted the fee for) his song “Heroes” for use in “The Cove,” the 2009 documentary about dolphin hunting? Did you know he signed a petition urging climate action just this November? Used public transportation? Was compared to cicadas in a fabulously bizarre article in The Guardian? And did you know some creative individual manages a lyrics-powered Climate David Bowie account on Twitter?

There you have it: David Bowie, ersatz environmentalist.

Now that that’s out of the way, I can get to the other thing I’ve been thinking about. It was weird that his death inspired such an outpouring of grief from millions of (middle-aged, white) people this week, right? The pain was palpable. Unexpectedly so. And a lot of it has to do, I think, with how swiftly our planet and our personal environments have changed in recent years.

On the morning the news broke, one of our colleagues turned the loss into a wry bit of climate commentary: “Well David Bowie was the last thing keeping the planet cool, and now we are really screwed.” By four o’clock that afternoon, a younger colleague admitted that she was already tired of hearing about him. And it is pretty silly to get so torn up over a rock star. After all, he was just a guy who used to wear tights and makeup and sing about outer space.

But this grief was about something more. In a world before the internet, David Bowie basically was the internet. Back then, millions of kids sat around in their boring bedrooms in their boring towns, with only books or radios or network TV or phones connected to the wall to occupy their time. But once in awhile, you would hear Bowie’s lyrics — or, better yet, see him in the pages of People magazine in some extraterrestrial Spandexian ensemble — and you would feel this little hit of excitement. A glimpse of possibility. He was a portal to another place.

I don’t write this as a lifelong fan. To this day, I shudder when I hear “Space Oddity” and “Changes” because my local radio station played them so relentlessly. But even I could tell that Bowie was someone who did things you could never do, and wore things you could never wear, and was proof that somewhere out there in the world, things were happening. Maybe they were things you wanted to be a part of, or maybe they were things that scared the sensible dungarees right off you. Either way, he made the planet feel at once bigger — because a planet that could hold someone like that must be wild and vast indeed — and smaller, because suddenly there you were in your regular old house with access to a creature unlike any other.

Today we are used to knowing, or thinking we know, exactly what’s out there. Our planet is all the time shrinking; we can chat with someone in Laos or peek in on penguins in Antarctica as if it’s no big thing. We know everything about everything that’s happening everywhere, all the time. Whatever kind of community we seek, it’s seekable online. It’s incredible, this ability to vicariously explore our world, and terribly isolating, as Katie Herzog and many others have written.

It’s also overwhelming. Instead of one or two moving tributes to Bowie, we got what felt like 1,395 of them flowing through our feeds. Edgy-in-his-own-day musician Michael Stipe joined the Facebook chorus of the lost: “Right now, it feels as if the solar system is off its axis, as if one of our main planetary anchors has lost its orbit.”

For plenty of people, of course, it … didn’t feel like that at all. It must be akin to Mel Tormé dying in the ’90s or Bing Crosby dying in the ’70s: Who is that guy, and why are the old people so sad? But the collective emotion on display this week — which will continue in events like this weekend’s dolphin protest–turned–Bowie tribute in London (I swear!) and the spring Carnegie Hall tribute that sold out in an hour — represents more than sadness over a song catalogue.

Bowie brought the weird before the internet pulled us all into a vortex of weird. He somehow became an idea, a promise, a solace that many people tucked into their consciousness as they ventured out to find their place in the world. And more than mourning him, all those people taking to Facebook and Twitter seemed to be mourning something else this week: a little piece of the universe, real or imagined, that they’ve been carrying within themselves all these years.