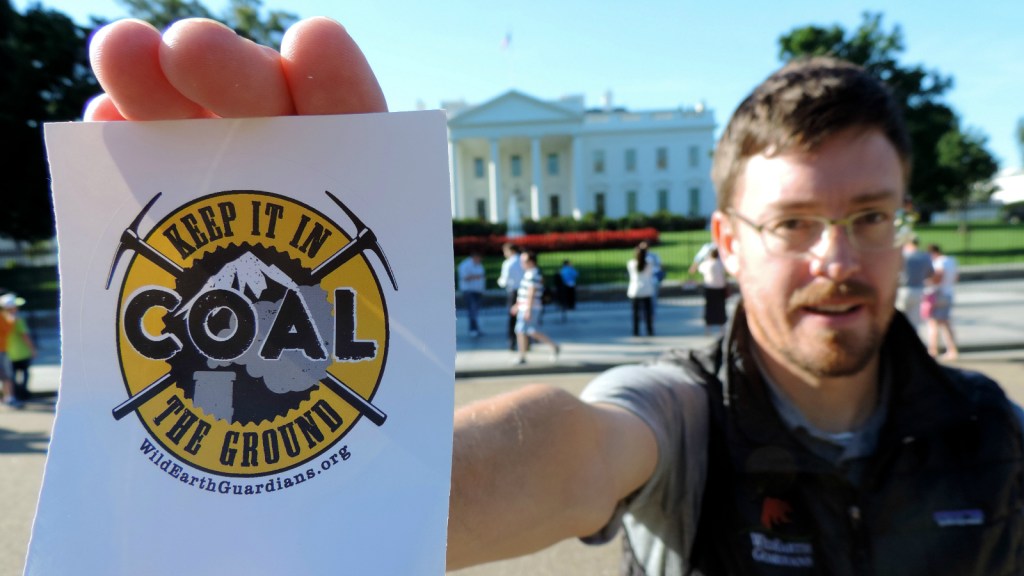 “The Obama administration will announce on Friday a halt to new coal mining leases on public lands as it considers an overhaul of the program that could lead to increased costs for energy companies and a slowdown in extraction, according to an administration official,” The New York Times reports. A mere seven years into his presidency, President Obama is going to scale back some of the massive federal subsidies for the coal industry.

Ever since it became clear in 2010 that Congress would not take action on climate change, the Obama administration has only been able to make progress through executive action. Reforming fossil fuel leases is one of the last major actions Obama has the power to take for the climate, along with restricting offshore oil and gas drilling and cracking down on methane leaks from fracking operations.

One of the executive branch’s roles is managing publicly owned land. Currently, the federal government leases public land for coal mining and oil and gas drilling at below-market rates. That’s a subsidy for the fossil fuels that cause global warming and an odd counterpoint to Obama’s bold rhetoric, diplomatic efforts, and groundbreaking Clean Power Plan. On the one hand Obama is limiting pollution from coal-fired power plants, while on the other hand he has been giving away publicly owned coal for cheap.

Last year, Greenpeace examined the coal leasing program and estimated that it costs taxpayers more than $50 billion per year. “A ton of publicly owned coal leased during the Obama administration will, on average, cause damages estimated at between $22 and $237, using the federal government’s social cost of carbon estimates — yet the average price per ton for those coal leases was only $1.03,” the group noted. “The federal coal leasing program is the source of 40% of US coal extraction.”

Greenpeace offered tentative praise for the forthcoming move on Thursday night. “Instead of propping up this outdated energy source, we need to keep our coal in the ground,” said Greenpeace USA Executive Director Annie Leonard in a statement. “We look forward to hearing more about the steps the Obama administration will take to reform the broken federal coal leasing program.”

Climate activists and liberal think tanks have been demanding fossil fuel leasing reform with growing urgency, even pressuring Democratic frontrunner Hillary Clinton about it on the campaign trail. In July, Friends of the Earth and the Western Organization of Resource Councils filed a lawsuit on the grounds that the Bureau of Land Management has neglected its legal responsibility to consider environmental impacts when leasing lands for coal mining. Their hope was to force the Obama administration to finally follow the law and, in light of mounting science demonstrating the devastating effect burning coal has on the climate, reevaluate the program. They’ve won without even needing to go to court.

It’s not clear what final policy the Department of Interior will put in place. When Interior Secretary Sally Jewell first raised the prospect of fossil fuel leasing reform last year, she said only that her agency would begin to factor climate protection into its policies. In his State of the Union address on Tuesday, Obama said, “I’m going to push to change the way we manage our oil and coal resources, so that they better reflect the costs they impose on taxpayers and our planet. That way, we put money back into those communities.” That would seem to imply that the ultimate goal will be higher rates for fossil fuel leases that reflect the social costs of pollution, especially climate pollution.

Whether greens will be satisfied with that will depend on how the rates are set. Climate activists have called for a full ban on fossil fuel leasing on public land. The compromise they say they could live with is the government setting rates that fully incorporate the social cost of carbon pollution. That would make fossil fuel leasing uneconomical and amount to a de facto ban. But half measures that leave the federal government still handing out tons of coal mining leases won’t mollify the folks who stopped the Keystone XL pipeline. Nor will they quiet down if the Obama administration only reforms leasing for coal and not for other fossil fuels.

“The only safe place for coal in the 21st century is deep underground — these reforms will help keep more of it there,” said 350.org cofounder (and Grist board member) Bill McKibben. “And they’ll set the precedent that must quickly be applied to oil and gas as well.”