On needing feminism, but not needing to be the perfect feminist 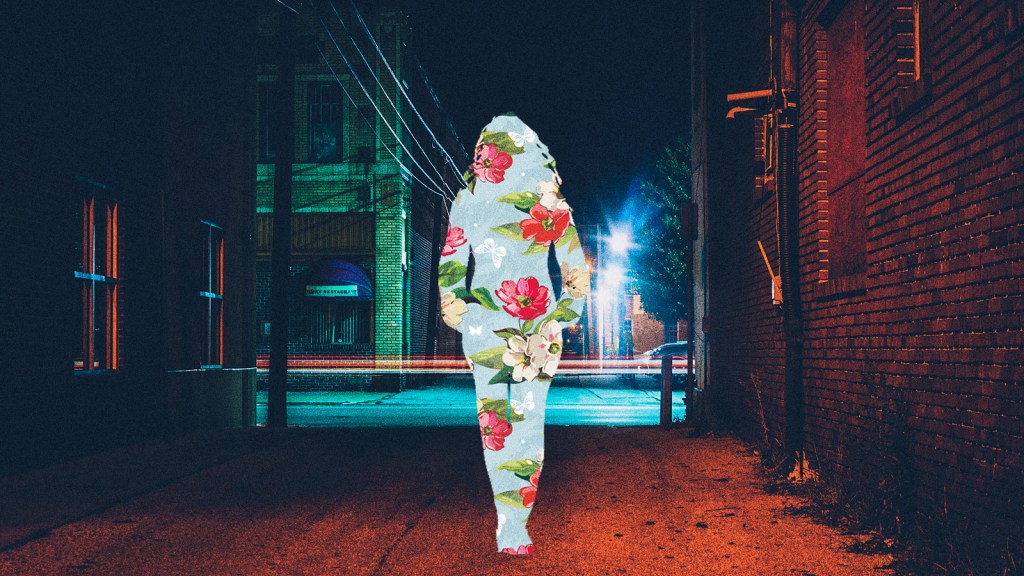 On needing feminism, but not needing to be the perfect feminist

Allow me to pull back the curtain for a moment: Covering women’s rights through an environmental lens can be a bit of a doozy. I’ve spent much of the past year trying to figure out how to do it with, hopefully, nuance and intelligence. I invited our audience into my gynecologist’s office to break down any mystery or stigma around the straightforward procedure of getting an IUD. I looked at high school girls’ access to reproductive health care in urban and rural parts of Washington — sparking, horrifyingly enough, a FOX News-fueled firestorm around teen girls getting birth control, because no good deed goes unpunished on the internet. I explained why we even write about reproductive rights in a video illustrated by kitchen appliances.

The connection between reproductive rights and climate comes down to quality of life. Climate change is guaranteed to make the experience of everyone who lives on Earth worse, but the spectrum of “worse” is enormous. Many people will be inconvenienced; many more will have (and are already having) their entire worlds destroyed. A woman who cannot control her fertility is in a very, very vulnerable position, and will fall toward the latter end of that spectrum. Ensuring strong reproductive rights is the most straightforward way, I believe, to put women in as strong a position as men as we face down the challenges of a changing planet.

But what about all the less straightforward ways in which women have it worse than men? (That’s not an opinion, for what it’s worth: A recent U.N. delegation confirmed stark realities of gender inequity in the United States, from pay to abortion access.) I took a few stabs at writing about those, too — with varying degrees of success, truth be told, because they are messy and harder to define than topics enclosed more tidily within the sphere of reproductive health.

And you know what? I felt like a bit of a fraud. In my personal life, I am unwaveringly committed to highly effective birth control and responsible sexual practices (nothing hotter than that!). But I’m regularly reminded of all the areas in which I feel like I am personally letting down the side, so to speak, of female empowerment. The dark end of December is, I suppose, the designated time to resolve, and dwell on flaws, and dream up improvements — although I’ve never met a New Year’s Resolution that lived to see its successor. (This is where we really pull back the curtain!)

Earlier this year, I wrote about sexual assault, discussing the ugly fact that women are more endangered by their male acquaintances than by strangers on unlit city streets, and briefly alluded to my own experience. For a few weeks after that was published, I found myself mentally fumbling over that decade-old event, and how I’ve dealt with it since, a hundred thousand times over. This week, my colleague Aura Bogado called out an unnamed, well-established journalist who had harassed and groped her under the guise of a job interview, bringing attention to the sort of power dynamics that women have to deal with every single day. Am I ever going to call out the man who’s made my life permanently just a little bit worse? Without question or hesitation, no — for my own reasons, I’m not interested in seeing him punished, and never have been.

But if you are a victim of sexual assault? I want the world to believe your experience, first and foremost. If you want to seek legal retribution for said assault, I want you to be able to do that without fear that you will be punished for it. And most of all, I want you to never have to fear sexual assault in the first place.

Over the summer, I explored the kind of rigorous self-restriction that women impose on themselves in the name of “clean eating.” Not two days passed after the publication of that piece before I went back to trying to limit what I ate, bought a scale, and committed myself to losing the 10 pounds I’d gained since moving to Seattle. Why? I guess I’d awakened a dormant neurosis around controlling my body, and I’ve long tied my own attractiveness to a certain, admittedly arbitrary number on a scale. That’s a not-very-inspiring anecdote, and one that certainly doesn’t fit into the de rigueur mantra of body positivity: LOVE YOURSELF!!! AT ANY SIZE!!! YOU MUST DO THIS!!

I do want all women to love themselves at any size. I want women to live in a world where they won’t be valued — and value themselves — on the basis of physical attractiveness. But it is possible to be furious that the parameters of said attractiveness remain so overbearing and so strict, while still measuring oneself against them.

It’s a lot, sometimes — the internal pressure to lead by example, to be brave enough to condemn men who have done terrible things, to not give a shit about being conventionally beautiful. It’s especially hard to ignore that pressure when we are bombarded, day in and day out, with the stories of women who are suffering in ways big and small from the sexism inherent to the very functioning of our society. How can any self-identifying feminist not do more to fight those power structures in her own life?

I’ve been molded by a world that is not kind to women — this is true of every woman alive today, to some extent, but less true than it has been for every previous generation. When I think about the process of breaking that mold, I recall the palate expander I had when I was in the sixth grade: Every night, my dad would have to turn a tiny key that would push the plastic device against my upper jaw to crack it, so that it would grow new bone to heal over itself. It was slow torture, and I would cry and cry and bitch and moan, but I came out of it with — according to my (male) orthodontist — a better face.

I’ve always thought that the people who drag themselves over the eco-guilt coals for eating a hamburger, or driving to work one day instead of taking the bus, or accidentally throwing the compostable coffee cup in the recycling bin, are ultimately a little self-centered. You are not going to save the climate with your compost bin — it’s wonderful that you do it, but if you personally screw it up, the world isn’t going to burn. That’s not really on you — it’s on Exxon, and Volkswagen, and the Koch brothers. And while that’s a great relief in one sense, it’s also very frustrating, because it feels so impossible to try to change those bigger structures that are screwing everything up. It feels so much more manageable to say, “If I were just a better composter, the climate would be saved!”

Yet here I am, flagellating myself for my own feminist failings. (My New Year’s Resolution for 2015, incidentally, was to be less self-centered.) A person can want equal pay and the right to choose, and she can want to lose ten pounds at the same time. Feminism isn’t, and shouldn’t be, about having to be the model of empowerment, to weatherproof the little cracks in one’s personal philosophy. Even if I’m never able to fill in those fissures myself, that won’t make the foundation of the movement any weaker. That’s because it is built on women who are flawed — bruised by our old frenemy The Patriarchy, sure, but also by all the parts of life that cannot be neatly classified into “bad for women” or “good for women.” Those flaws do not make it any less powerful.

If you are wary of the message of self-care, if you find it to be too coddling, too indulgent, consider this: It’s actually a selfless act to cut yourself a bit of a break, especially as we keep fighting like hell to make the world better for women. The long slog toward gender equality needs everyone, and it’s not going to complain about your cracks and blemishes, or where they’ve come from.