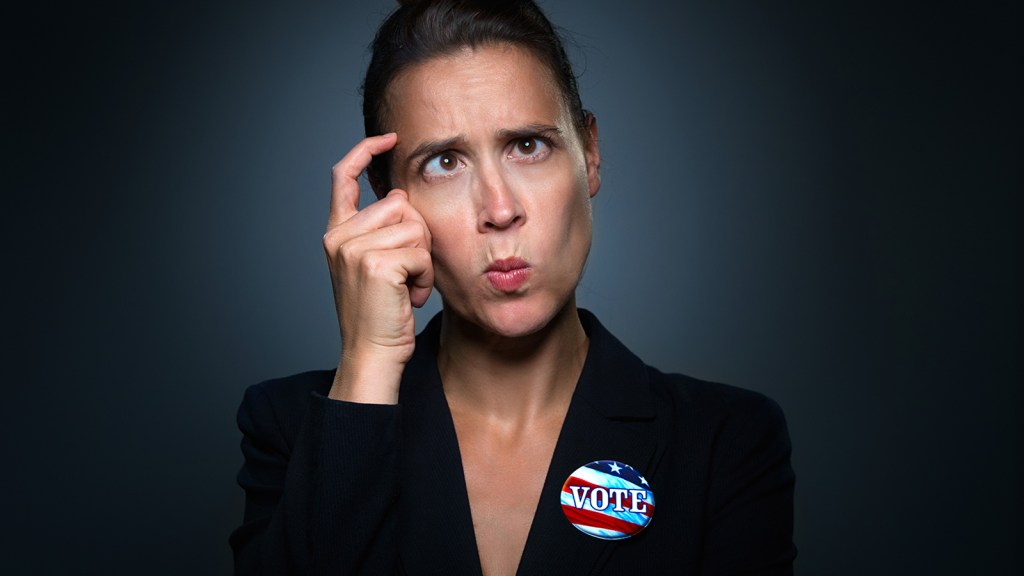 Happy National Pig Day! Coincidentally, it’s also Super Tuesday, the day when citizens of 13 states will cast their ballots for the candidate they want to represent their party in the general election — who, in one case, may be an actual pig. And how many people will take part in the glorious democratic process today? Hardly any! Voter turnout in 2008, the last time both parties were in hotly contested races, was a historically high 27 percent. That’s right: 27 percent was actually record-breaking turnout. And this year, it’s predicted to be even lower, at least among Democrats, who aren’t being forced to choose between four climate change deniers and Ohio Gov. John Kasich.

Why is it that so few of us turn out to vote in the primaries, even in races as dramatic and consequential as this year’s? Well, voting is surprisingly difficult, and the process varies widely depending on where you live.

Take Colorado, where tonight’s primary is actually a caucus, one of the more confusing aspects of American democracy. Caucus states require registered voters to go to a precinct meeting run by their local parties, recite the Pledge of Allegiance, listen to the rules, stand around for a while, and then cast their ballots for their preferred presidential nominee. After that, each precinct will elect a designated number of delegates based on the votes for presidential candidates. It’s confusing, and the process — which can take several hours — begins right around the time you would normally be making dinner. They don’t make it easy, especially if you have to work, have to travel, have children, are registered as an independent in the state, or don’t have access to transportation and many free hours to commit to the onerous process.

And even in places without the oh-so-confusing caucus, voting in primaries is actually getting harder as some states (looking at you, North Carolina) have shortened the early voting period, curtailed same-day registration, and now require government-issued IDs in an effort to prevent non-existent voter fraud.

Whew! It’s almost enough to make you want to skip it all together — which, incidentally, is what the vast majority of eligible voters do. But would we skip voting if it were easier? According to a new survey of 1,000 registered voters by Smartmatic, a corporation specializing in voting technology, the majority of respondents view our current voting system as “inefficient” and say that it discourages people from voting. While all demographics held this view, it was especially true of minority populations. As Brentin Mock at CityLab points out, Smartmatic found that 83 percent of African-Americans and 76 percent of Hispanic/Latino voters agreed that modernizing the voting system would increase voter turnout and strengthen our democracy.

While Smartmatic, a company that deals in voting technology, obviously has a horse in this race, it does seem crazy that in an era where you can apply for a credit card, buy a car, bid on a home, and find a mate from the comfort from your smartphone, voting is so old school. Why haven’t we invested in technology that would make it easier to vote? Clearly, if we can make driverless cars and send probes to Mars and create holograms of Tupac Shakur, we can figure out how to hold elections online. We landed a man on the moon nearly 50 years ago, for Christ’s sake! You’d think we can get a website up and running. And, if not that, the least we could do is make Election Day a holiday in all 50 states. Collectively, we could walk to our precincts, wave to our neighbors, cast our ballots, and think, just for a moment, how nice it is to be an American.

But, no. This Super Tuesday, the process will continue as it has in the past: A cumbersome and ill-devised system that keeps you from being heard. And until this system is fixed, until you can cast your ballot from your phone or you laptop or your local public library, the only way to take part is to force yourself, despite all the barriers, to show up — because someone wins when voter turnout is low, but it’s certainly not the voter.