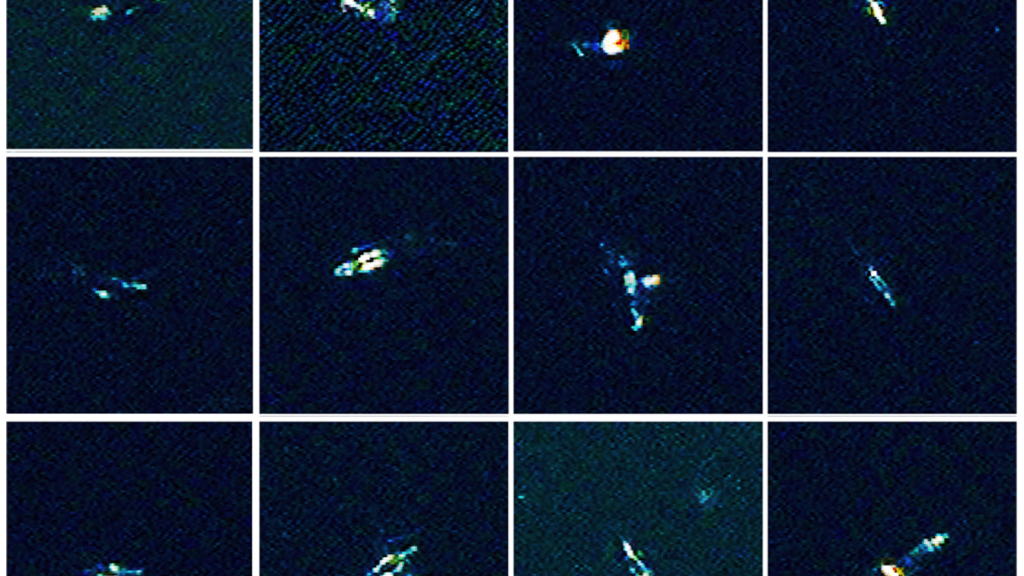 There are two ways of looking at this story. One is as a triumph of new technology: Using high-resolution satellites, scientists can identify and track whales without disturbing them in any way. The other is as a tale of space voyeurism: Scientists are spying on whales from the sky. And not just spying on whales — spying on whales while there was a good chance the whales were doing it.

The traditional way to track whale populations is standing on a bridge of a ship and looking out into the ocean, or gliding over the water in an airplane….

For this study, Fretwell and his colleagues purchased a single, massive image taken in September 2012 by the WorldView2 satellite. The image covers 70 square miles including Golfo Nuevo, a circular gulf off the Argentine coast and an area where southern right whales are known to breed and raise their young from July through November.

It’s as if your creepy neighbor figured out the times of night you were most likely to be having sex, and then bought images from the security camera across the way in hopes that he’d catch you in the act.

But, turns out, the technology’s not actually good enough to get a clear look. (Yet.) The scientists were able to “spot 55 probable whales and 22 possible whales in the gulf as well as 13 whale-shapes underwater.” And some of the possible whales might have been … a flock of birds or something. Alas, you pervs will have to wait before your whale-sex-watching tools are perfected.