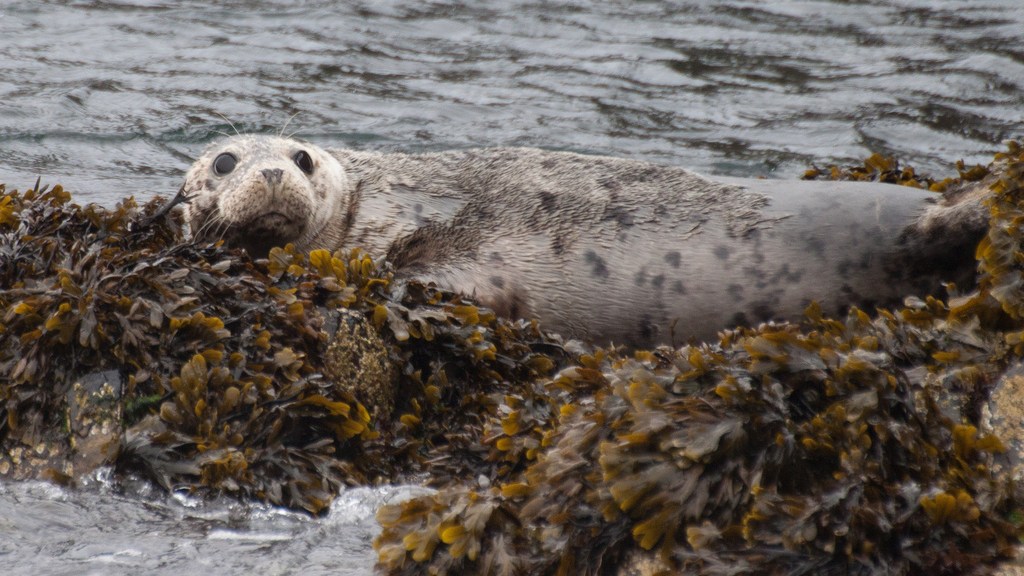 Eddie Stebbings and Bee Bueche are wildlife wardens on Skomer Island, a seal colony and bird sanctuary off the coast of Britain. Mostly, they hang out with the 400-some seals that live there (including 180 new babies). But occasionally, they like to leave the island, and they’ve got a small rubber dinghy that takes them to the mainland.

One day, in October, a big bull seal — “about four times my weight, eight foot long and clearly not worried about people coming close to him,” Stebbings told the Telegraph — flopped into the boat and would not move. He stayed there for four whole days, leaving the couple no choice but to stick around the island.

The important detail here is that Stebbings and Bueche had just gotten married.

We think we know what went on here. The bull seal had clearly been watching Stebbings and Bueche get all mushy-gushy with each other, and thought, “Jeez, humanity needs to be spared these two for just a few days.”