There are some great and spooky films out there about the environment. Well, one truly great film: Soylent Green. Maybe 11 others, if you want to get all grad-studenty about it.

There are, to the best of my knowledge, no great and spooky television shows about the environment. Which is why, when I settled in to watch the reboot of The X-Files, like a good nerd, my ears perked up at this:

Scientist: No fuel, no flame, no combustion. A simple electro-magnetic field. Technology kept secret for 70 years while the world ran on petroleum.

Well, I thought, the times they have changed. The X-Files I remembered was so far out in its paranoia that it was essentially apolitical. This had a more contemporary vibe. If it sounded like anything, it was the more out-there postings in Grist’s comments section. Even more so when Mulder goes on a conspiracy bender with a conservative talk show host named Tad O’Malley:

O’Malley: It’s not hard to imagine. The government hiding, hoarding alien technology for 70 years. At the expense of human life and the future of the planet. Driven not only by corporate greed, but a darker objective.

Mulder: The takeover of America.

O’Malley: And then the world itself. By any means necessary. No matter how violent or cruel or efficient. By drought, brought on by weather wars, conducted secretly using aerial contaminants and high-altitude electromagnetic waves. In a state of perpetual war, to create problems, reactions, solutions to distract, enrage, and enslave American citizens at home. With tools like the Patriot Act and the national Defense Authorization Act, which abridge the constitution in the name of national security. The militarization of police forces in cities across the U.S. The building of prison camps by the Federal Emergency Management Agency with no stated purpose. The corporate takeover of food agriculture, pharmaceuticals, and health care. Even the military in clandestine agendas to fatten, sicken, and dull and control a populace already consumed by consumerism. [Cut to shot of people drinking soda] 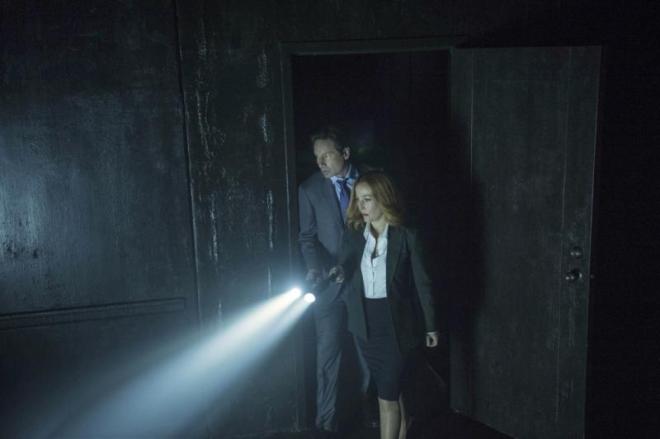 I watched The X-Files a lot in the ’90s. It had the lighting design of a Renaissance painting, a leech-faced toilet monster, and at least one autopsy per episode, which meant that it was, basically, the greatest thing on the air that wasn’t The Simpsons. Ostensibly, the show was about the tension between science and belief. But really, more than any struggle of belief vs. intellect, the show was more about a feeling — a feeling of being constantly confused and having people older than you tell you that you’ll never understand what is going on. In other words: a fairly accurate portrayal of both adolescence and the ’90s.

Aliens were big in the ’90s. Not just your mainstream, invading aliens (those, like a Chanel suit, are timeless); the impassive, bug-eyed ones, either gray or neon green, who were as ubiquitous on raver T-shirts and mini backpacks as smiley faces were in the ’70s. At the time, The New York Times chalked up the alien trend to “apprehension over the millennium, distrust of government and traditional information sources, New Age spiritual yearnings and anxieties about sexuality in the risk-averse 1990s.” The alien-conspiracy mindset also fed on sleep paralysis (when a person awakens from REM sleep and before the full-body paralysis that normally accompanies REM wears off) and recovered memory therapy, which was wildly popular before going through a spectacular flameout at the end of the decade. 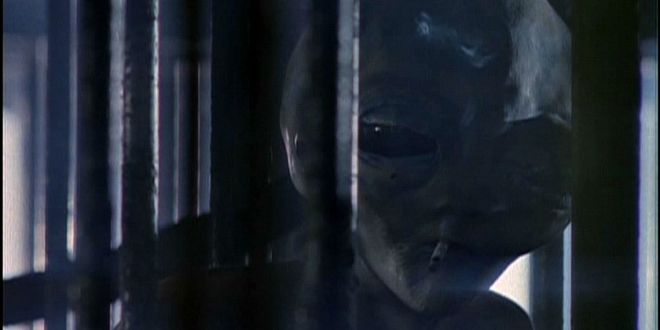 Today the ’90s looks are filtering back: the flannel, the Manic Panic hair color, the Doc Martens — and now, The X-Files. The difference? The last 20 years have been hard on secrets. The internet is much bigger, and much more ubiquitous, for one thing. Cameras are everywhere. The biggest secrets, like the files released by Edward Snowden (name-checked in the new show, by the way, which I bet he never dreamed would happen when he was a nerdy kid in the ’90s), show an intelligence elite with a phenomenal ability to get information, but dubious skill in actually understanding it. Political movers and shakers like the Koch brothers may be secretive, but the more that reporters have learned about them, the more clear it has become that they aren’t exactly diabolical masterminds — they just have a lot of money, along with their own conspiracy theories.

So, same old show. I’m happy for another chance to sit down with a bowl of popcorn and watch Mulder & Scully argue about monsters, even if the way-better-than-the-show-ever-deserved cinematography that I remember seems to have been replaced with some kind of cross-processed Instagram filter. It’s nice to remember just how bad television scripts could be, back in the days when entertainment options were limited and TV didn’t have to grip you with an actual narrative that developed over time. But I do think America has moved on, in a way that The X-Files hasn’t. Our collective subconscious no longer believes that there’s one big secret, waiting to be told, that will explain everything.

I can still believe, for the length of an hour (minus commercial breaks), that the world is full of strange monsters and standard-issue high-powered flashlights. What I can’t believe anymore is that there’s any kind of conspiracy of guys in trench coats who have all the answers.