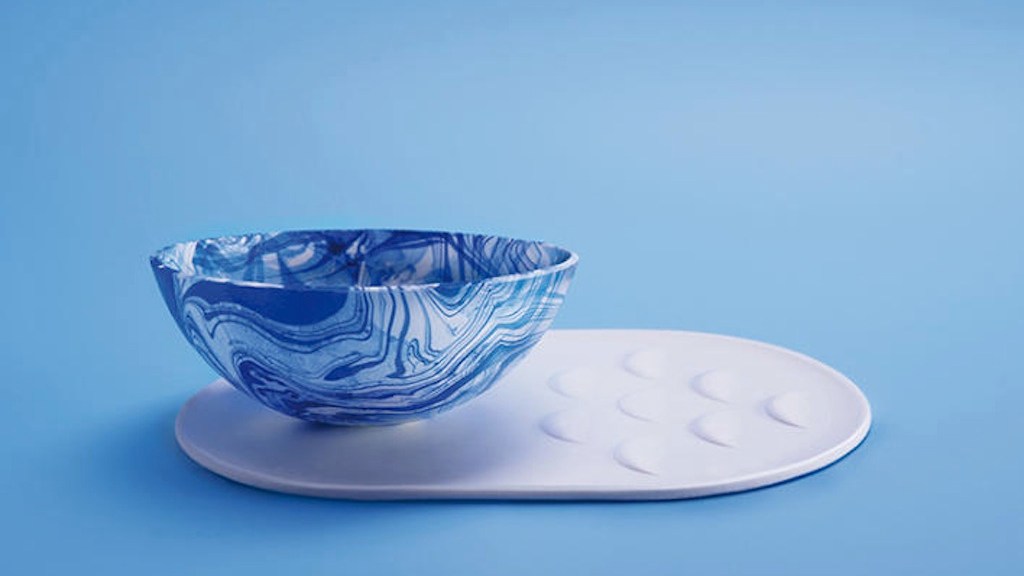 An energy-efficient dishwasher may be a step above hand-washing dishes (at least on average), but it still requires water and energy to get dirty dishes back to a state you might actually want to eat off of. Unless you are cool with eating off plates that you’ve scraped the food off of and left sitting around — which, let’s face it, we’re all tempted to do occasionally.

Well, if you’re into that, Swedish designers Hanna Billqvist and Anna Glansén are on your side. They have made a plate that doesn’t even require scraping. You just hold it upside-down over the sink or the garbage can, the food particles slide off, and the plate is clean again.

Self-cleaning properties are added through the application of a super-hydrophobic coating that Glansén describes as all-natural and engineered to mimic the water-shedding ability of the lotus leaf. A surface is considered super-hydrophobic when it repels liquids at a very high “contact angle” (175 degrees), meaning the angle where a water droplet comes in contact with the surface. The higher the contact angle, the better it is at causing water to bead off. A remarkably super-hydrophobic surface, for instance, is found on the wings of butterflies.

What is this all-natural coating? Apparently it has something to do with wax and carbon dioxide, but the designers haven’t been super forthcoming with details. It’s fair to be a little leery of someone waving around the “all-natural” label and then not really explaining the details. (I mean, a lot of stuff is natural. Poo is natural.) But on the other hand, you could save a lot of water and energy!

Plus, another version of this same idea has superhydrophobic surfaces on the inside of bottle — which means you’ll never have to deal with crusty bits of sauce that just won’t glob onto your sandwich ever again. This one’s just “non-toxic,” not “all-natural,” but think of all the dredges of ketchup/mustard/hot sauce/peanut butter/tahini you’ll be able to get to.