These exterminators want you to have a tasty, free lunch -- of bugs 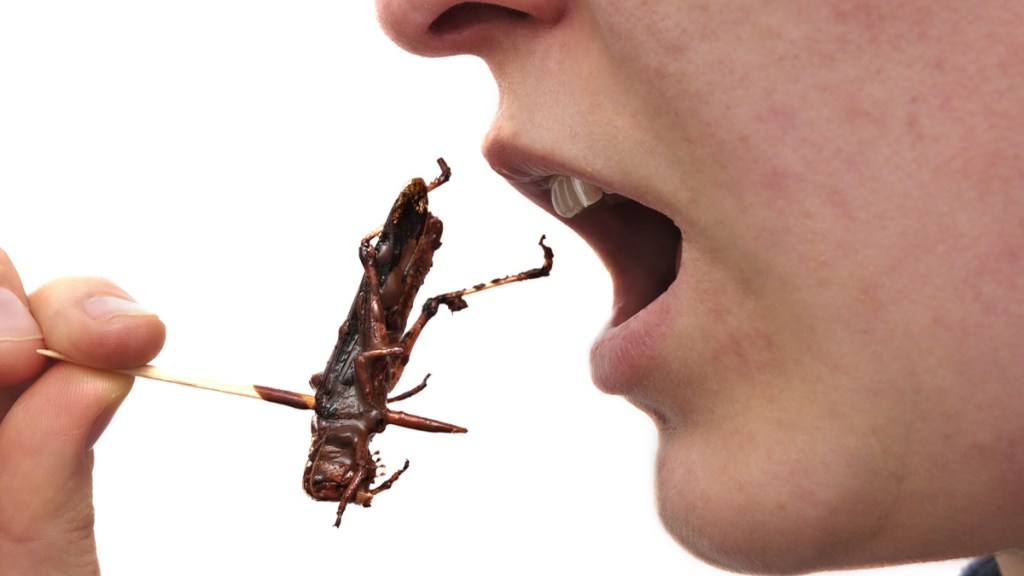 These exterminators want you to have a tasty, free lunch — of bugs

There are lots of reasons to eat bugs: They’re a lean protein source, they’re easy on the environment, they’re a fun way to freak out your friends and family. Heck, they’re even delicious. But you probably shouldn’t eat the insects you find crawling around your house, despite what you might assume based on the pest-control-sponsored bug-fest that went down in D.C. today.

The Occidental Grill restaurant on presidential Pennsylvania Avenue hosted a free bug lunch, courtesy of Ehrlich Pest Control. This was just one of a number of entomophagy events that went down on pesky parent company Rentokil’s dime — pop-up “Pestaurants” in 16 different countries.

The company claims it wants “to promote the health benefits of an insect rich diet already enjoyed by billions across the globe.” We’re guessing they’re also hoping to capitalize on the ick/cool factor:

In addition to sampling the edible insects, visitors can take pest selfies, compete in a cricket eating contest and vote for DC’s worst pest. The event is free and a number of professionally trained Ehrlich experts will be on hand to discuss the edible pests being served, answer any pest questions from members of the public and to pass on their ‘top tips’ for avoiding pest problems.

If you are used to restaurants and pest companies trying to keep bugs OUT of the kitchen, this may be especially confusing. But it looks like D.C.ers turned out to the event in locust-like swarms to gobble the, uh, locusts.

The #pestaurant menu in our nation’s capital included grasshopper burgers and barbecue mealworms (yes, but were they Texas- or Missouri-style barbecued mealworms?).

The pestivities in Paris, by contrast, consisted of a food truck serving “vers de farine, criquets, sauterelles, scorpions.” I’m not sure what all of those things are, but they sound like they would go well with a glass of Burgundy.

We’re all for examining our cultural cringe at the idea of eating bugs, but it’s a bit sticky for people in the pest business. If the bug events are a big success today, Rentokil might just put themselves out of business. Those cockroaches in the kitchen? Don’t call the exterminator; I’m just saving them for later.

Editor’s note: Stay tuned for Grist’s own entomophagy experiments on the next Grist Text Kitchen.