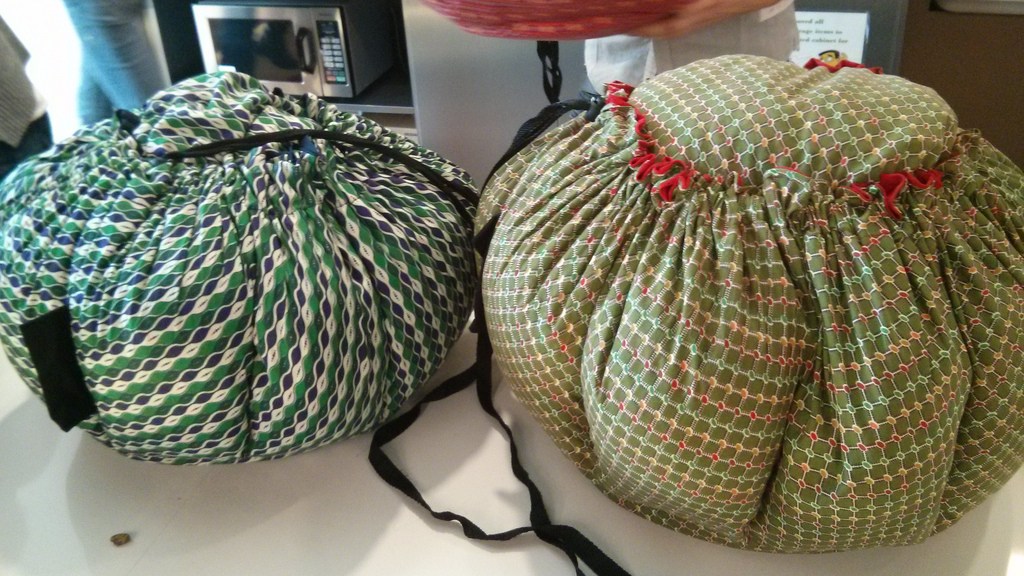 This fat, tomato-looking bag is a slow cooker — a slow cooker that you don’t have to plug into the wall. Instead, it works on the same principle as wrapping a towel around a pot — the bag insulates the pot, which keeps steaming under its own heat for hours. It was invented by a woman named Sarah Collins, and it’s called the Wonderbag, but don’t worry, it’s OK anyway.

Here’s how it works. You just boil something for a bit, then stick it in the bag — make sure it’s not too, too hot (like, Wonderbag-burning hot) first. Leave it in the bag for hours; come back to delicious food.

I followed my usual method … but once the pot had come to a rolling boil for five minutes, I turned off the heat and transferred the sealed pot to the Wonderbag and left it on my kitchen counter. I’ll admit to experiencing a healthy amount of skepticism: to me, a simmering pot is the sign of something that will taste good. But, after four hours, I opened up my Wonderbag to reveal a rich, flavorful stock, that was about twice the volume it would have been if it simmered away on the stove all day (because the Wonderbag conducts a sealed, insulated heat, there is little to no evaporation).

This is a cool alternative for working people who don’t want to leave heat-creating appliances on in their homes all day. But the Wonderbag has higher aspirations. It was designed for use in places where electricity is at a premium — or not available at all — and where shorter cooking times means less wood is burned on cookstoves (saving trees) and less smoke is pouring into the air (saving lungs). If you buy a Wonderbag ($50), someone in Africa gets one, too. More low-energy stew for all!