This chicken coop used to be a 1970s police car 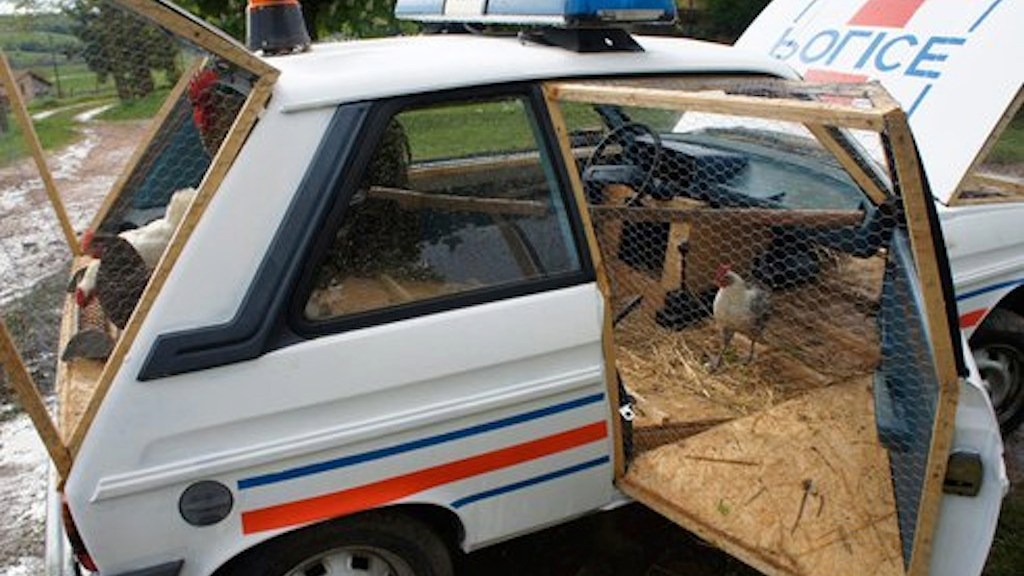 This chicken coop used to be a 1970s police car

Benedetto Bufalino, who is French and an artist, is known for his “visually humorous transformations of consumable cultural objects,” designboom says. His latest project, “La Voiture de Police Poulailler,” is a 1970s police car transformed into a chicken coop. It’s a clever bit of upcycling, and according to Treehugger, a clever bit of punning as well:

It’s also a bit of word play on the fact that in the francophone world, the police are sometimes colloquially referred to as “chickens” (similar to the anglophone reference of police as “pigs”).

The chickens don’t seem empowered to arrest anyone:

But perhaps they’re just patrolling the area for now.