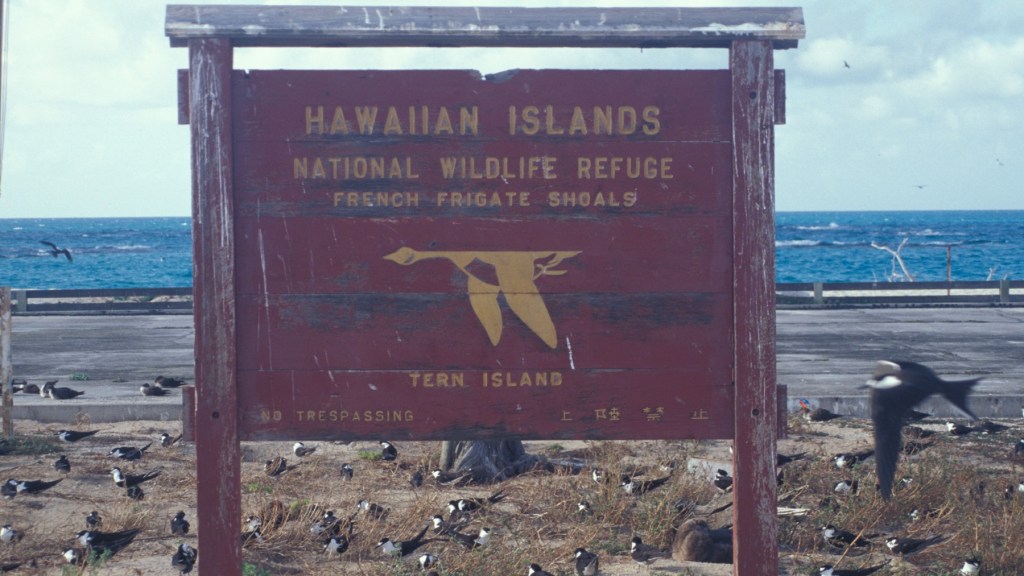 There’s so much plastic crap floating in the Pacific Ocean and washing up on shorelines that one atoll in the midst of the mess could be declared a Superfund site.

Tern Island is the largest island in the French Frigate Shoals, a coral archipelago 550 miles northwest of Honolulu, part of the Hawaiian Islands National Wildlife Refuge. Replete with lagoons, wildlife, and alluring white sands, the island could be a paradise on Earth. But it’s not. Plastic pollution there is so bad that a year ago the Center for Biological Diversity asked the feds to consider adding Tern Island and the rest of the Northwest Hawaiian Islands, plus a part of the Great Pacific Garbage Patch that’s in federal waters, to its Superfund list — a list of the nation’s most polluted places. From the petition [PDF]:

The reefs and shores of the Northwest Hawaiian Islands are littered with hundreds of thousands of pounds of plastic garbage. Derelict fishing gear and debris entangles innumerable fish, sea birds, and marine mammals, often resulting in injury and death. Plastic pollution harms wildlife via entanglement, ingestion, and toxic contamination, causes substantial economic impacts, and is a principal threat to the quality of the environment.

A Superfund designation would help mobilize federal efforts to clean up the area. But it would be unprecedented — out of the hundreds of sites on the Superfund list, none was put there because of plastic pollution. “It’s not really common for people to make petitions like this,” an EPA spokesman said after the petition was filed.

But after giving the unusual request some consideration, the feds are on board with a preliminary study that will help decide whether such a listing is warranted.

Well, they’re kind of on board.

The EPA and U.S. Fish & Wildlife Service don’t plan to study the whole region as requested, but they have committed to assessing whether Tern Island, which at 25 acres is the area’s biggest island, should be added to the Superfund list. From Honolulu Civil Beat:

[W]hat has distinguished Tern Island from the other islands, and piqued the EPA’s interest, is that the island’s monk seals are showing elevated levels of PCB’s. The toxic, cancer-causing chemicals may be entering the marine food chain through tiny plastics, said Dean Higuchi, a spokesman for the EPA. …

The environmental study will focus on whether toxic substances are entering the marine food chain through micro-plastics and potentially accumulating at increasing levels, as well as the general effects of micro-plastics on marine creatures and wildlife.

The EPA is also concerned about old landfill sites with buried electrical equipment on the island, which may be releasing PCBs and other hazardous contaminants. Tern Island was the site of a U.S. Naval Station during World War II.

The federal study could ultimately affect an area larger than the 25-acre island. Improving the government’s understanding of micro-plastics in the environment could lead to more stringent controls on pollution from storm-water drains and water-treatment plants.