“On a scale of ‘Button Mushroom’ to ‘Mature Mushroom,’” says Peter McCoy without irony, gesturing toward a room full of curious Seattleites, “what’s your familiarity with mycology?”

McCoy sits comfortably at the front of the event space at Seattle’s Hillman City Collaboratory, a slim 29-year-old with a deep, steady voice, a well-worn camo cap, and the word REMEMBER tattooed on his forearm. He’s backed by a series of slides: gigantic fungi and thick webs of mycelium, a statue of an Aztec deity with stone mushrooms for knees, a sticky pool of oil spill crud in the middle of tall grass. In front of him, on display, are a couple of plastic bags of mushroom spawn, a Mason jar filled with sugar water and a gloopy mycelial mat, and a Turkey Tail fungus shaped like a brain. McCoy passes those objects around the crowd and lectures about the myriad benefits of fungi — from restoring human health and forest health to spirituality and healing. It’s all kind of dizzying. 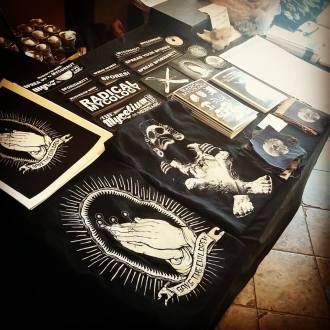 And that’s kind of the point. McCoy is the cofounder of Radical Mycology, a dedicated group of fungi advocates. Tonight’s lecture is part of Radical Mycology’s first-ever North American tour, a series of talks and workshops that aim to spread the mushroom gospel. “We are the Spore Liberation Front,” reads Radical Myco’s foundational zine. “Our lives can be so much better if only we begin looking to the greater fungi.”

Sure, we’ve heard a lot about the artisanal mushroom foragers who get fierce about their hunting grounds, or the talented and obsessive chefs who make rare truffles central to their wild dinners. And there are the merry psilocybin trippers out there who have been extolling the virtues of magic spores for decades. But the Radical Myco guys and gals take shroom obsession to an all-time high.

Their focus is largely on the intersection between fungi cultivation and ecological health. The group’s tagline, “decompose toxins, cultivate life” refers to mycoremediation, or the process of breaking down toxic compounds, like oil spills and plastics, using fungi. The rest is philosophy: Members use the healing characteristics of fungi as a metaphor for how we should behave and act in the world. Fungi as, quite frankly, activism.

“For me, however people engage with fungi is great,” McCoy says. “There are a million ways. If you’re just hunting chanterelles for food, that’s cool, I got no problem with that; I’d just say there’s a lot more to it.”

It may seem easy to write off a bunch of Reishi-toting hippies preaching the metaphorical and social significance of mycorrhizal fungi. But the thing is: They might be onto something.

For starters, the field of my 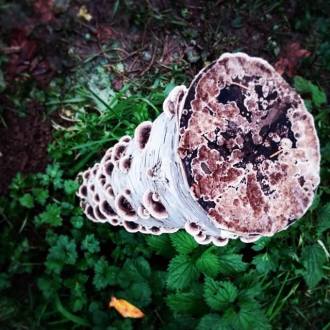 coremediation science is growing, thanks in large part to the efforts of Paul Stamets, an award-winning mycologist who’s given credit for coining the term. Stamets is founder of the company Fungi Perfecti and author of Mycelium Running: How Mushrooms Can Help Save the World, along with half a dozen other books about mushroom cultivation and identification, and has given many presentations across the country, including a popular 2008 TED Talk. He’s also the owner of a bundle of patents on mycoremediation techniques and one of the few current researchers who’s secured an EPA grant to work on those techniques (in 2012, he received $80,000 to develop a mycofiltration project that would remove pathogens from urban storm water).

Plus, if you cast a swift, wide net across the other science out there, it turns up some pretty astonishing results. Studies show that mushrooms can help break down baby diapers and oil spills and harmful bacteria. Entrepreneurs are using mushrooms to replace Styrofoam in packing materials and car parts and turn them into home insulation. Some scientists even think certain kinds of mushrooms can help serve as a carbon sink and thus help mitigate climate change.

Not to mention, of course, that they’re good to eat and, potentially, very good for our health. A lot of mass-market antibiotics are essentially fungal enzymes that destroy bacteria; if you put your own throat swab alongside fungi in a petri dish, you could, theoretically, make your own Penicillin. “It’s right around the corner,” says McCoy. “Customized, personal medicine that anybody could do for a few bucks.” 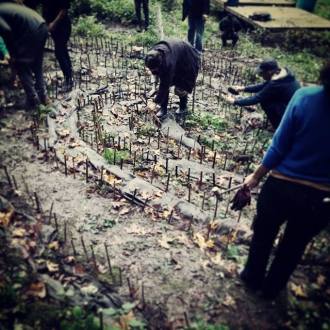 What started as the brainchild of McCoy and Maya Elson, Radical Mycology’s other cofounder — born years ago over dinner at Evergreen State College in Washington — has mushroomed (ahem) into thousands of enthusiasts across the country. At its core, the Radical Mycology collective still runs thanks to four key members, including McCoy and Elson, but other mycoheads have formed regional groups in Olympia, Wash., Chicago, and the San Francisco Bay Area. These splinter groups run workshops, do remediation projects, and in general get together to hatch myco-plans. The collective has put on several iterations of the Radical Mycology Convergence so far, too — a gathering that culls hundreds of the country’s most enthusiastic DIY mycologists. Each convergence has included at least one low-tech, low-budget remediation project. (Attendees at Seattle’s event mostly listened, but judging by the eager lineup at the merch table afterward, it seems safe to assume that these folks wouldn’t mind getting their hands dirty with future projects.)

I met Elson at the Mushroom and Permaculture Camp in Lake County, Calif., last year — a scaled-down version of the Radical Mycology Convergence, where about 15 of us learned about mushroom reproduction and cultivation and taxonomy, and fried up slabs of King Oyster grain spawn in coconut oil and garlic. Elson comes from a background in environmental activism, and has, like McCoy and other collective members, taken mushrooms on as the next logical step. “If you look at what’s going on in the world,” Elson says — from oil spills to chemical waste, from dying forests to famines — “A big part of the problem is a lack of healthy soil.” Fungi have always played a vital role in remediation and renewal; now, scientists and activists (and not just farmers and foodies) are pursuing ways to put those innate properties to work.

“We rely so heavily on fungi for everything to survive,” Elson says. “If we can work with them and build soil, that’s inspiring — that’s a big deal. Soil is a big deal.”

McCoy says he and the rest of the collective are indeed finding more and more people to talk to about all things mushroom. When the Radical Mycology Tour hit Montreal, for instance, McCoy’s group worked with local activists who are developing mycoremediation projects in an old rail yard in the middle of the city. When the tour hit Detroit, kids from the Earthworks Urban Farm added mushroom cultivation to their gardening and composting projects.

And in California, Bay Area Radical Mycology (BARM) is already conducting a couple of ongoing mycofiltration and remediation projects in partnership with the East Bay Municipal Utilities District — King Stropharia and oyster mushrooms, for instance, will capture and devour any E. coli that flow past them. BARM members meet once a month for potlucks, occasionally schmooze at fungi events, and generally share knowledge with one another and the world (last I heard, they’d planned a “Petri dish party” to help members do some DIY science).

“When I wrote the Radical Mycology zine, I honestly never thought anyone would ever read it,” McCoy says. But after the first Convergence, “it’s just totally snowballed. Things have just picked up incredibly in this way that we could never have anticipated.”

And sure, it’s small steps, like promoting an IndieGoGo campaign to conduct a DIY plastic-eating fungi experiment. Or training oyster mushrooms to eat dirty cigarette filters and turning it into a five-minute how-to video. Or writing a how-to book that McCoy and Elson plan to publish early next year. 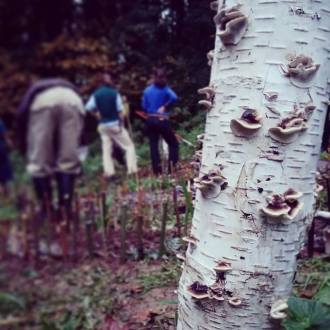 They’re also making sure to support one the few large-scale remediation projects out there. The volunteer-led Amazon Mycorenewal Project has been exploring mycoremediation since 2007 at the largest land-based oil spill in the world, an estimated 18.5 billion gallons dumped by Texaco and other oil companies in the Sucumbios province of the Ecuadorian Amazon. That group has shifted its work to include a more comprehensive system of remediation, using bacteria and plants as well as fungi, and McCoy traveled to Ecuador this spring to check it out. The plan is that this research will be published as a peer-reviewed study.

“The polluted areas of the world are kind of the shadow aspect of our collective culture, our cultural psyche,” says McCoy. “We don’t look at our waste, we just ignore it, we shove it aside, and we act like it’s not there. And it builds on us and it weighs on us. It’s this huge cultural debt that we know that we’re passing on, but nobody wants to talk about it, because it’s so huge, it’s so heavy, right?”

How do we pay back this cultural and environmental debt? By spreading spores, of course. “Hopefully,” he says, all these small efforts “can build to bigger things.”