This tower is made out of self-growing mushroom bricks 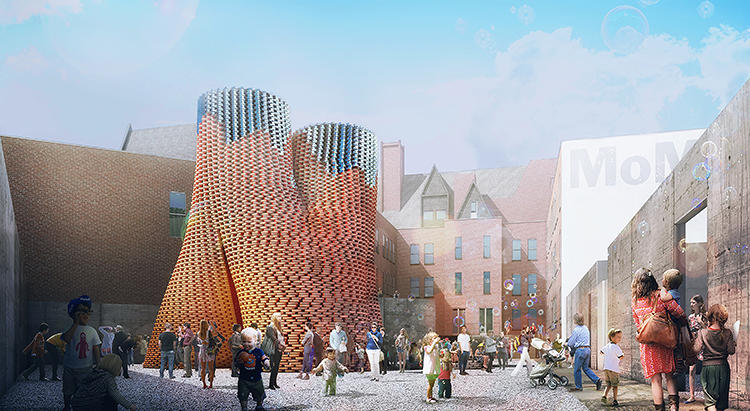 This tower is made out of self-growing mushroom bricks

The Hy-Fi is, FastCoExist reports, a “giant circular tower” that will go up over the summer in Queens, New York, and be built out of “bricks biologically engineered to grow themselves from plant waste and fungal cells.”

We’ll just say that again: bricks engineered to grow themselves.

Basically, they’re made out of mushroom cells and corn stalks, and they grow into whatever shape a designer wants them, too. This tower’s going to be mostly made out of these bricks, which means that, at the end of its life, nearly the entire building can be composted. And it’s not only pretty; the tower is engineered to keep people cool in the hot summer. Just think — some day we could have even better mushroom houses than the Smurfs.