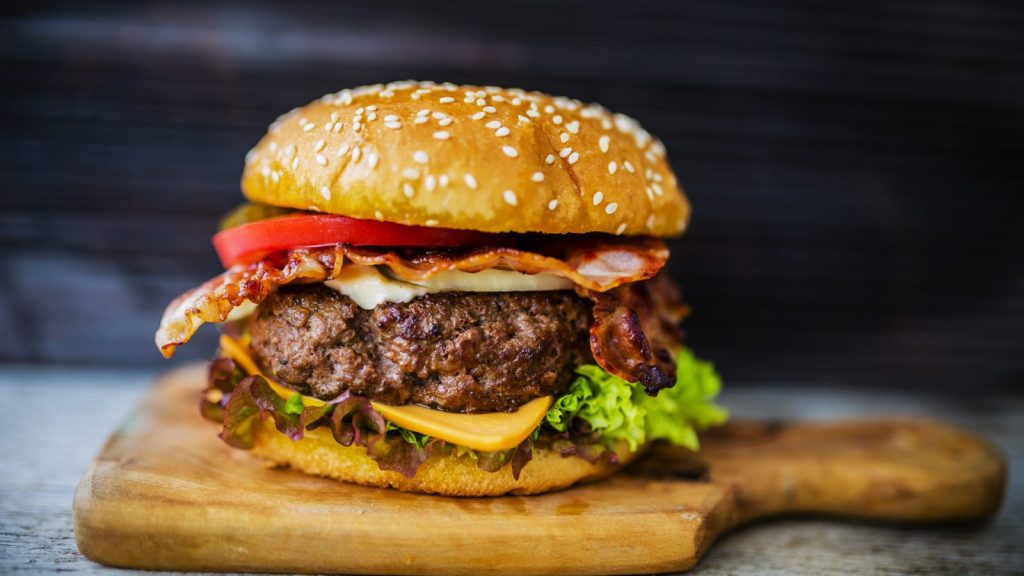 Disclaimer: This burger is not vegetarian. Shutterstock
Living

At this point, we all know how bad meat is for the planet. A short list of the impacts of meat cultivation on land include deforestation, overgrazing, compaction, and soil erosion. One pound of beef requires about 1,800 gallons of water to produce. And our carnivorous tendencies produce, according to some estimates, as much as 50 percent of global greenhouse gas emissions — more than cars, planes, trains and ships combined.

But it’s delicious, which is probably why 84 percent of vegetarians eventually go back to eating it (including this writer and at least 20 percent of the Grist staff). A person can only convince themselves that veggie burgers don’t taste like compacted sawdust for so long — until, possibly, now. A Los Angeles-area startup claims to have produced a veggie burger that can meet all your red-blooded desires.

Beyond Meat creates meat products sans meat, and their latest venture, the Beyond Burger, promises to look, taste, and feel just like the real thing. And apparently there’s an eager market for it: The Beyond Burger launched in the meat aisle — right alongside beef, poultry, pork, and lamb — at a Whole Foods in Boulder, Colo., Monday, and sold out within an hour, according to the company.

Unlike most veggie burgers, which are commonly blends of black beans and soy mash, the Beyond Burger is made of 20 grams of pea protein. The reviews, so far, are positive: A Whole Foods exec said it “tasted, felt and chewed like any other burger.” (Although, given that Whole Foods is selling it, maybe take that with a grain of organic, free-range salt.) It also looks like one — the burger “bleeds” beet juice when you bite into it.

Here it is, in all its flesh-free glory:

Plant-based alternatives to animal products make up a burgeoning trend: The New York Times reports that foods made from plant protein grew almost 9 percent from 2014 to 2015 — nearly three times the growth of overall food sales.

Unfortunately for vegetarians — or anyone — hankering for a convincing slab of pea protein to throw on the grill this summer, you’re going to have to wait: The Beyond Burger is currently only available in the Boulder Whole Foods (know your audience, as they say), but the company hopes to expand to other markets next year.