Up the coast without an auto: My life with the Post-Car Travel Agency 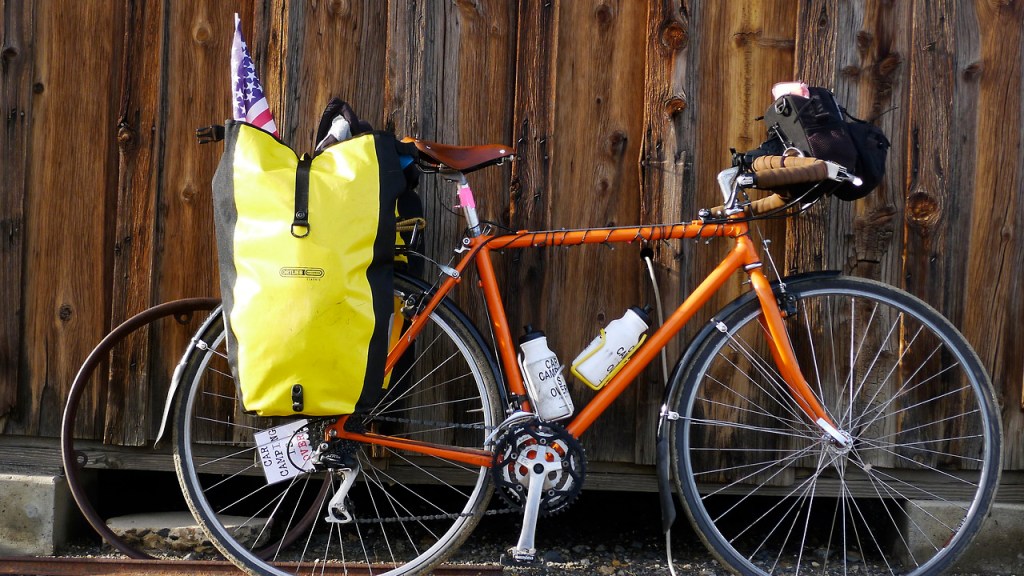 Up the coast without an auto: My life with the Post-Car Travel Agency

A few years ago, I walked into an office, bike in tow, looking for a friend. The place was empty, except for a woman I had never seen before. She looked sort of like Nancy Drew, if Nancy Drew spent regular time behind an enormous computer monitor, rendering architectural plans.

A lot of people were asking me this lately. I had just bought a new bike, for the first time in my life. My quest had been for a workhorse that I could load up with enough groceries to feed an entire dinner party, ride over gaping potholes without fear, carry up and down stairs easily, and fix by myself. I had found the perfect bike — on sale.

What I hadn’t realized was that most of the people who bought my particular model were the kind of hardcore cyclists who rode their bikes across America. I was the bicycling equivalent of someone who buys a high-clearance off-road vehicle and then just drives it to the mall and back. And even after I finished scraping all of the decals off with a hair dryer and a credit card, people still recognized the frame and started trying to talk shop and compare components. It was as if I had accidentally joined a secret fraternity — literally, because they were all dudes (until Kristin, anyway).

“No,” I said. “I’ve never actually ridden this bike out of the city.”

That usually ended the conversation. Instead, something interesting happened.

And so it began. My bike had become my destiny.

This is how I found myself in the middle of nowhere, California, with Kristin and her friend Kelly, trying to talk my way into a U.S. Army Combat Support Training Center. Both my companions, it turned out, were founders of a group called the Post-Car Travel Agency, which was dedicated to figuring out how to take short vacations using bikes and public transit. They were testing out a new route, and invited me along.

The hotel we had reserved for the night – a guest lodge from one of the more far-flung corners of William Randolph Hearst’s estate – was somehow operating from inside the army base, which was surrounded by razor wire and searchlights and looked like something out of The X-Files. We were not just staying in the Cowboy Room of a hotel designed by the California architect Julia Morgan; we were visiting the site where troops trained for deployments to harsh desert locales.

The guards at the entry checkpoint couldn’t believe that people with expired driver’s licenses (like me) or with no driver’s license at all (like Kelly) were law-abiding citizens who didn’t drive, rather than hardened criminal masterminds. One had taken my license so that he could run a background check; the other was staring deep into Kelly’s passport and rotating it in space as if it were an alien artifact. I contented myself with thinking that once I did have dinner, even if it was just powdered soup mix, it was going to taste amazing. The soggy burrito I had eaten for lunch had been a spiritual experience.

My criminal record came up clean, Kelly’s passport eventually passed muster, and the guards let us in. We slept like the dead and in the morning we began biking out to Highway 1 and Big Sur. I was surprised at how much I was enjoying myself. I had spent plenty of time driving down hilly California roads with friends, and whenever we passed bicyclists, bespandexed and panting, they looked like a miserable species. Why had they voluntarily signed up for this torture?

From a bicyclist’s vantage point, though, it all made sense. The cars were few and (mostly) polite, the air smelled delicious, and every hill came to an end eventually. We were probably traveling much more slowly than the average cyclists that I had seen out of so many car windows – at 40 miles a day, we were moving about half the distance that more athletically driven cyclists would go – but we also weren’t out to set any personal bests. None of us was bespandexed. We were tourists, enjoying our weekend.

Our goal for the night was to set up camp near Esalen, the new age conference center, and set an alarm so that we could get up and go to its hot springs during public hours, which ran from 1-3 a.m. The whole thing cost $25, which for two hours seemed extortionate, unless you had been cycling for two days, at which point it seemed like the best thing ever.

The campsite we had meant to stay at was full, so we camped at the edge of the road behind some trees. As we looked for a place to set up our tents, a youngish guy ran past us, holding an enormous stick. We looked at each other in surprise. “I’m looking for a friend,” he said. He was tripping balls is what he was doing. Were we going to get murdered? we asked each other. Probably not, we decided. Not tonight, anyway.

When we arrived at the hot springs, the moon was full and gorgeous, but the springs were closed.

“If you’d called the reservation line,” said the woman sitting inside the hut at the entrance gate, “you would know that they were closed.”

“I did call the reservation line,” said Kelly. “No one answered.”

“Exactly,” said the woman. “Normally they’re open, but there is a dancer’s conference right now. Dancers, we have found, spend too much time in the springs for anyone else to use them. The dancers stay there alllll night long.”

The next morning, we left for Monterey, where we would catch a bus back to San Francisco. The ride started out gorgeous, but as we headed north, Highway 1 became more and more crowded with cars, and a hard wind began blowing south, pushing us backwards as we pedaled slowly uphill. After several hours of this, Kelly stopped. “This is not working,” she said. “We’re not going to make it to our bus in time. We are going to hitchhike.”

Who is going to pick up three people and their bicycles off the side of Highway One? I wondered, as she and Kristin smiled winningly and stuck their thumbs out. A few minutes later I got my answer: an RV full of stoners blasting Pink Floyd, that’s who.

The sides of the RV were covered in eyeballs drawn with a Sharpie marker and captioned “Open your eyes.” The sink was full of crud-covered dishes; as the RV rounded each corner, they tried to crawl out of the sink like an animate china blob. There was a dog wearing a bandanna. There were inquiries on the topic of “Would you like to go to a music festival with us?” and “Do you like Pink Floyd?”

“Here,” I thought. “Here is where we will die, because these stoners will miss a turn and drive this car right off this cliff and into the ocean.”

But it didn’t happen. We made it to Monterey, and then back to San Francisco, safe and sound — at which point I unpacked and showered and realized that I had just been on the best camping trip of my life.

Environmentalism is something that goes through phases and eras, like anything else. While the environmentalists of the early 20th century were hedonists who created national parks just so they could put dance pavilions in them, I grew up in the ’80s and ’90s, and the environmentally conscious things that I did – recycling, not driving, using less energy – I did more out of a punk, anti-consumerist ideology than out of affection for nature.

The wild (or semi-wild) landscapes outside of the city were places where people went to discover and test themselves. I was impressed by this, but I never did it myself. As a young person paying my way through college, I felt pretty tested already.

But there are other ways of approaching nature — as plenty of other people have discovered before me. Nature isn’t out to test you, any more than it’s out to entertain you. What it is, is worth exploring — even if that means having to listen to “Another Brick in the Wall” just one more time.