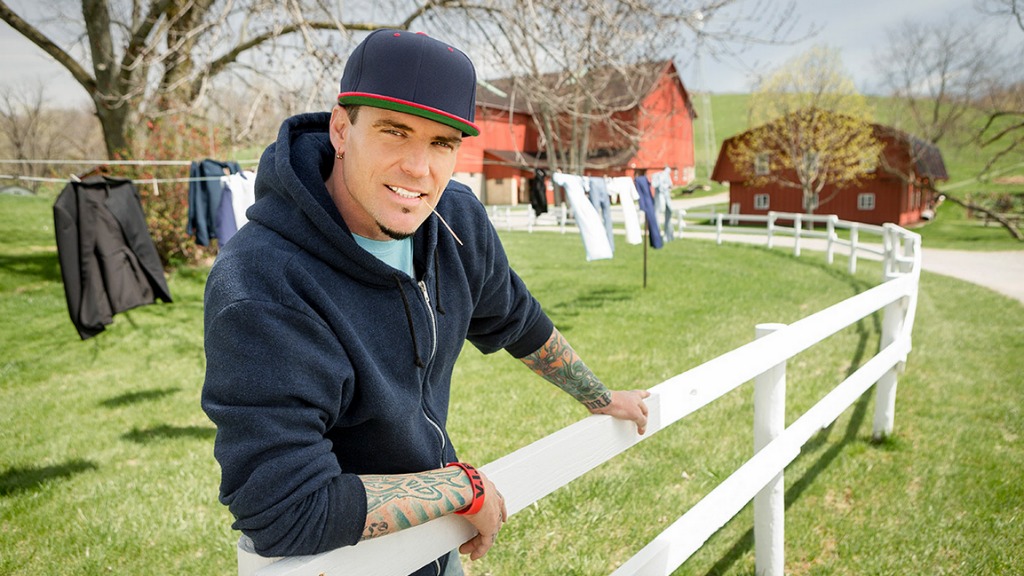 Here’s a reality show without any backstabbing, pregnancy scares, or limo hookups: Vanilla Ice Goes Amish. The ’90s rapper — whose real name, Robert Van Winkle, is fittingly pastoral — moved in with an Amish family in Holmes County, Ohio, where he helps them with home renovations and all manner of farm tasks. The first season aired on the DIY Network in October, and it’s been renewed for a second, so it’s not too late to tune in.

Van Winkle emphasized to Modern Farmer that he’s a family man, with a 16-year marriage and two kids. Ditching his computer and cellphone wasn’t a big deal, he said, because work ate up all his time. Writes Modern Farmer:

Over the course of the show Van Winkle helps birth a calf, which he names Baby Ice (“It’s a little heifer, and hopefully Baby Ice will produce a lot of milk,” says [show host John] Schlabach), shovels manure, raises a barn, and “pimps out” a buggy with a disco ball and LED lights.

We thought the Amish were anti-technology, but maybe it was hard to turn down a horse-drawn version of Pimp My Ride from the guy who sang, “Cookin’ MCs like a pound of bacon.” After all, that’s something any pig farmer can relate to.