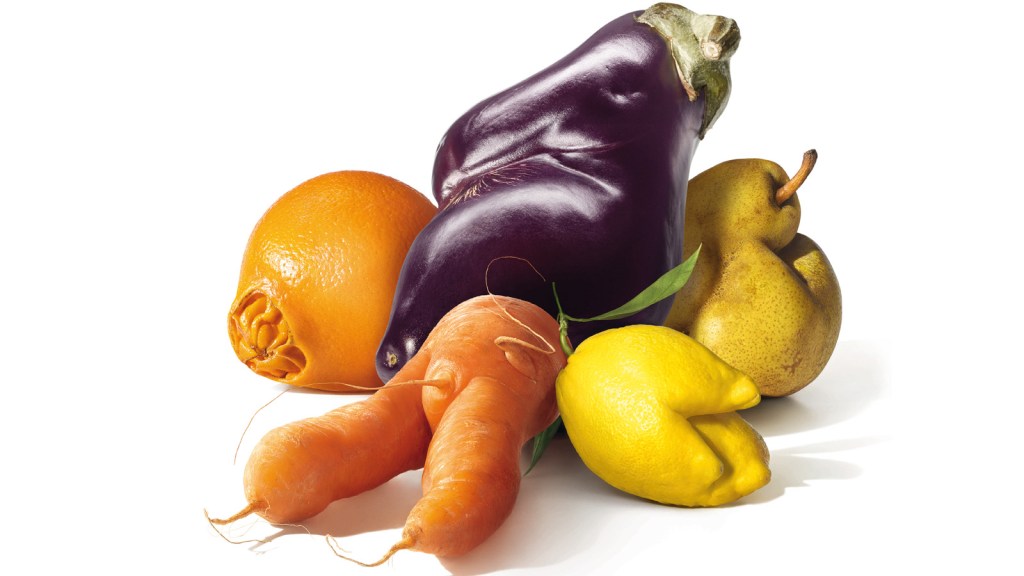 Walmart may be best known for low prices — and low wages — but now the company is vying for a new reputation: the nation’s largest seller of ugly food.

Earlier this year, the retail giant started selling “Spuglies,” or ugly potatoes, as part of an effort to cut down on food waste. This week it announced that it will begin selling a line of cosmetically challenged Washington state apples called “I’m Perfect” (a play on imperfect — get it?). The apples will start rolling out in 300 Walmart stores in Florida this week, where they will sell for lower prices than their sightlier sisters.

“One of the challenges growers have is that Mother Nature can throw a curveball such as a hailstorm, high winds, or even a string of very hot sunny days, which can damage the exterior finish of fruits,” wrote Walmart Senior Vice President Shawn Baldwin in a blog post. “While the texture and flavor remain perfect, the exterior damage usually renders these fruits unsellable in the fresh market because they fail to meet traditional grade standards. We’re proud to be the first retailer to bring these apples to you.”

Walmart is also trying to curb food waste by requiring some of its suppliers to standardize their date labels: Instead of the confusing “best by,” “use by,” or “sell by” wording, they’ll be using more understandable “best if used by” language.

Food waste is a huge problem worldwide. Americans throw away an estimated $29 billion worth of food annually. Globally, 40 percent of the food we produce is never consumed. That’s not just wasteful, it’s hugely costly for the planet, squandering water, land, and other resources.

Now, if only Walmart would do something about those slave wages.

“Claiming that Walmart pays ‘slave wages’ … is 100% incorrect because the average full-time hourly wage is $13.69/hour. The average part-time hourly wage is more than $10/hour. We are investing $2.7 billion in education, training and higher wages. In February, we implemented one of the largest single-day, private-sector pay increases ever, benefiting more than 1.1 million hourly associates. The changes included: