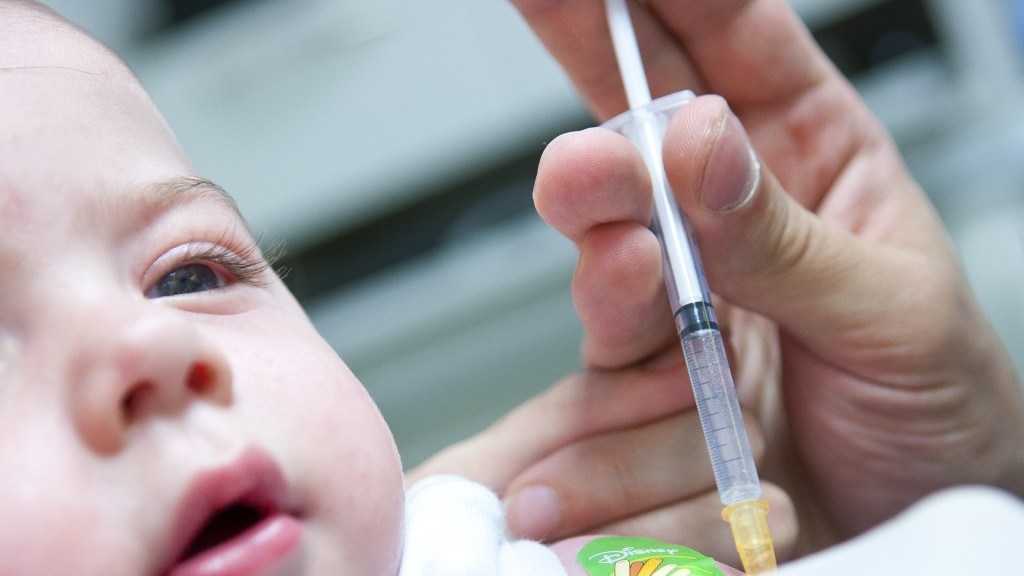 Sen. Rand Paul (R-Ky.) has suggested that vaccines cause “profound mental disorders.” Paul has also said he’s “not sure anybody exactly knows why” the climate changes. So the likely presidential contender would probably find this fact pretty confusing: According to leading scientists, vaccines are among the “most effective” weapons in our arsenal for combating the threats that global warming poses to human health.

In its landmark report last year, the U.N.’s Intergovernmental Panel on Climate Change warned that global warming poses a range of health threats — especially in the developing world. Warmer temperatures and changes in rainfall will reduce crop production, leading to malnutrition. Foodborne and waterborne illnesses will become a bigger problem. And, some scientists argue, diseases like malaria will spread as the insects that carry them migrate to new areas.

So how should humanity adapt to these dangers? The IPCC report lays out a slew of public health interventions, including widespread vaccination:

The most effective measures to reduce vulnerability in the near term are programs that implement and improve basic public health measures such as provision of clean water and sanitation, secure essential healthcare including vaccination and child health services, increase capacity for disaster preparedness and response, and alleviate poverty.

There are a number of reasons that vaccines will play an important role in our efforts to adapt to a warming world. The most obvious is their ability to protect vulnerable populations from diseases that will be made worse by climate change.

A prime example is rotavirus, a vaccine-preventable disease that can cause severe diarrhea. It killed roughly 450,000 children in 2008 — mostly in South Asia and Sub-Saharan Africa, according to the World Health Organization. “There is evidence that case rates of rotavirus are correlated with warming temperatures and high rainfall,” according to Erin Lipp, an environmental health professor at the University of Georgia and a contributor to the IPCC report. This is particularly true in developing countries with poor sanitation and drinking water sources, Lipp explained in an email.

There are other, less direct, ways in which climate change can exacerbate a wide range of existing public health problems. Take measles, which is currently making a comeback in the United States — thanks in large part to the unscientific claims of the anti-vaccination movement. Measles killed nearly 150,000 people worldwide in 2013; it’s particularly common in parts of sub-Saharan Africa and South Asia that have extremely low vaccination rates — areas that will be hit especially hard by the impacts of climate change.

Unlike with rotavirus, there’s no direct relationship between measles and global warming. But Kirk Smith — an environmental health expert at UC Berkeley, and a lead author of the IPCC chapter on health impacts — points out that “a child weakened by measles is more likely to die from the malnutrition caused by climate change.” In other words, anything we can do to reduce the impact of existing health problems will be even more important in a warming world. And vaccinating children, he says, is one of the most cost-effective public health tools we have.

Diseases like measles pose another threat, as well, says Alistair Woodward, who is also a lead author of the IPCC chapter. Woodward, an epidemiologist at the University of Auckland, points out that extreme climate events — crop failures in Africa, flooding in Bangladesh, and even storms like Hurricane Katrina — can displace large numbers of people. “In these circumstances, with crowding and poor living conditions, all the basic public health services are put under great strain,” said Woodward in an email. “The risks of infection go through the roof, for all communicable diseases … So ensuring that people are vaccinated is a logical thing to do as part of managing the risks of a rapidly changing climate.”

Of course, making sure people are inoculated against deadly diseases isn’t easy. In the developing world, vaccination campaigns have to overcome transportation and security issues, as well as poor local healthcare systems. And these challenges, says Woodward, can dwarf the problems caused by the anti-vaxxer movement.