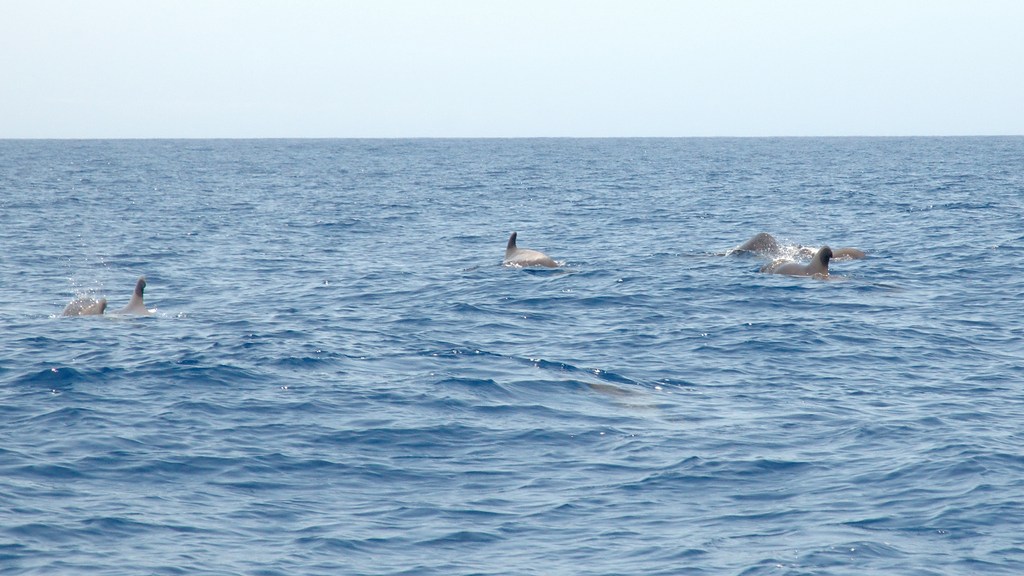 Rescuers had difficulty on Wednesday trying to persuade the surviving whales to leave their dead podmates and head out to sea. In most cases, highly cohesive species such as pilot whales refuse to leave their kind, no matter the risk to themselves.

“They seem to feel for each other,” said Lori Marino, a professor of neuroscience and behavioral biology at Emory University who has studied cetacean and primate intelligence. “Their whole sense of self is distributed across the group. They take social bonding to a new level. They don’t abandon each other.”

Eventually, the 41 remaining whales made it safely out to sea, but not before sharks had found their dead pod mates. Researchers are worried, though, that the pod may have contracted a virus that’s been killing dolphins along the Atlantic coast: Six of the remaining whale were “unaccounted” for on Thursday, the Times says. At least they probably aren’t alone.