What's the deal with pesticides and local food? 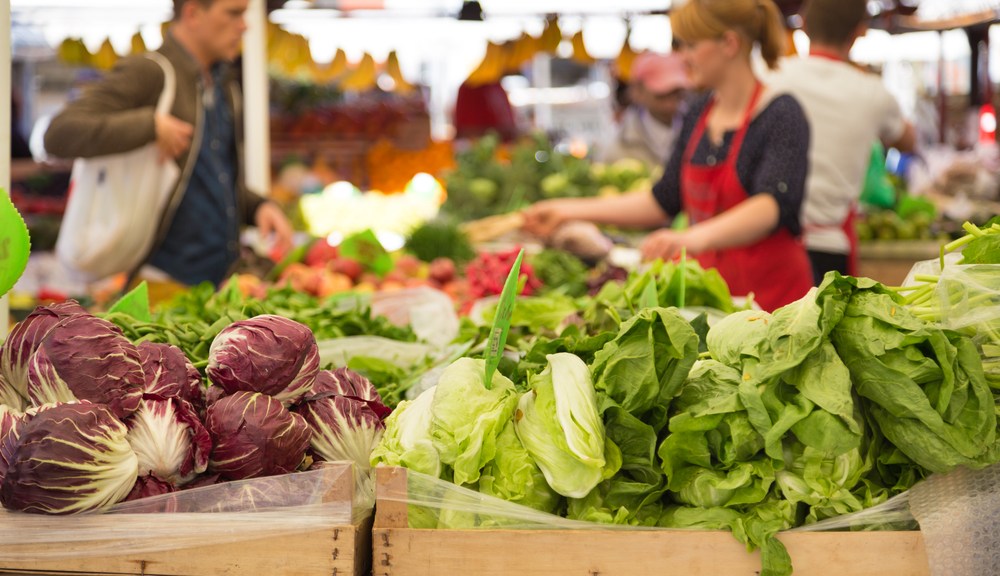 Shutterstock
Spray It? Don't Say It!

What’s the deal with pesticides and local food?

I recently asked various vendors at my local farmers market whether their produce was organic. Unless posted, the answer was usually no, followed by something like, “But we spray before the fruit sets/before they flower!” No one offered more explanation as to how this was better, but it sounds like common sense, and therefore worthy of skepticism. Does this practice result in any less pesticide residue than conventional pesticide applications?

Woe to the scammer who tries to slip something by you. With a life motto like “It sounds like common sense, therefore it’s worthy of skepticism,” I have great faith you would stop any would-be rip-off artists in their tracks.

I applaud you for chatting up your local farmers about their pest management practices. The more we know about such things, and the more farmers know we care about such things, the better. And I’ll add snaps for investigating further. Does restricting spraying to the period before fruits and veggies start developing on the plant really keep chemicals out of your crisper?

I consulted a few experts on the matter, and they agreed on an answer. The bad news is that answer is essentially: Well … we don’t know. It really depends on what kinds of pesticides we’re talking. If your local farmers are using a class of chemicals called systemic pesticides, there’s reason to be concerned, says Drew Toher, public education associate at the nonprofit Beyond Pesticides. “Systemic pesticides are taken up by plant roots and are consistently found inside the fruit — you can’t wash them off,” he said. So these chemicals could work their way into your fruits and veggies even if they are applied well before blossom time.

Even if that’s not the case, pesticides can find other ways to get acquainted with your produce. Some types can linger in the soil for several years, said Emily Marquez, staff scientist at the nonprofit Pesticide Action Network. “Produce could conceivably pick up residue just by being next to things in the environment with pesticides on them,” she said.

Whether or not the RoundUp reaches your radishes, there are issues to think about beyond the personal health concerns associated with pesticide-bathed produce. “Consider not only your food, but the impacts to the people who are growing your food, to the surrounding environment, to pollinators and birds, and to the microbial health of the soil,” Toher said. We know pesticides threaten the health of agricultural workers and wildlife, and certain types are suspected of contributing to the death of pollinating bees through Colony Collapse Disorder. Not only that, but pesticides can drift from fields and orchards to neighboring properties no matter when they’re applied, posing an exposure risk to nearby people and animals.

These are all good reasons to skip the sprayers and fork over your cash down at the organic booth instead. But be careful there, too — organic doesn’t necessarily mean pesticide-free. Organic farmers are allowed to use organic pesticides. This is why buying local is such an entrancing plan: You can find out exactly which treatments your farmers are using (you could even research the chemicals on sites like this one and this one). And ideally, you will keep talking until you find a farmer who is committed to using integrated pest management, which relies a whole lot less (or not at all) on chemicals and a whole lot more on methods like crop rotation and traps to keep crop-munching critters at bay.

In short: Fewer pesticides make for a happier, healthier planet. It sounds like you do have organic farmers at your local market, Evynn, so I’d check in on their methods and support them as much as you’re able. And keep up that healthy skepticism of yours — I know I’ll never have to worry about you ending up with an undercoating you don’t really need.