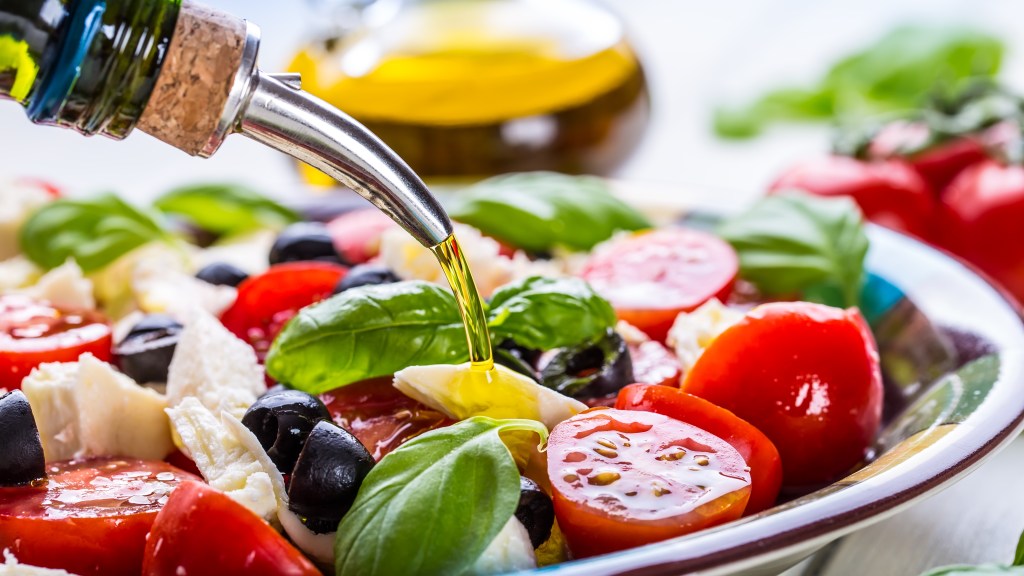 It’s smart to be wary of big announcements about diets. There are an awful lot of them, after all, and nutritional recommendations seem to change rapidly: One day you’re tossing out the butter because of high cholesterol and the next you’re putting it in your coffee and praising “good fats.” It can be difficult to tell what is real and what’s a steaming platter of BS, like when reporter John Bohannon managed to get an purposely bogus study declaring that chocolate makes you thin published in a scientific journal. So yes, it’s good to be cautious. But today we heard some diet news that we hope is as good as it seems.

Researchers at Columbia University studied 674 Manhattan residents with the average age of 80 and found that the brains of those who stuck to a Mediterranean diet — lots of veggies, some fish, and little meat and dairy — had more gray and white matter than their peers. All that extra matter was the equivalent of slowing the aging process by five years.

Sadly, this doesn’t mean eating like the Greeks is going to stave off Alzheimer’s. The Guardian reports:

The authors cautioned that their findings, published in the journal Neurology, do not prove conclusively that the Mediterranean diet prevents brain shrinkage and that it is merely an association.

However, two British dementia charities said it was further evidence that the Mediterranean diet may improve brain health.

“There is an increasing amount of evidence that eating a healthy diet rich in fish, vegetables, legumes, and nuts is good for your brain,” said Dr. James Pickett, the head of research at the Alzheimer’s Society. “This study delves further into the potential benefits that diet could have, but it does not prove that a Mediterranean-style diet can stop your brain from shrinking as you age.”

People hoping to reduce their risk of developing dementia should also quit smoking, exercise regularly, and keep their blood pressure low, he said.

Wait. Smoking is bad for you?? That’s the craziest thing I’ve ever heard! Next thing you know, they’re going to tell us that tanning causes cancer. HA! Can’t trust scientists, can you? But you know who you can trust? Your mom, so even if you’re skeptical of “controlled studies” and “PhDs,” best listen to your mother and eat those veggies. It probably won’t turn you into an unaging genius, but the side effects are good for you and the planet. It might even do your brain some good.