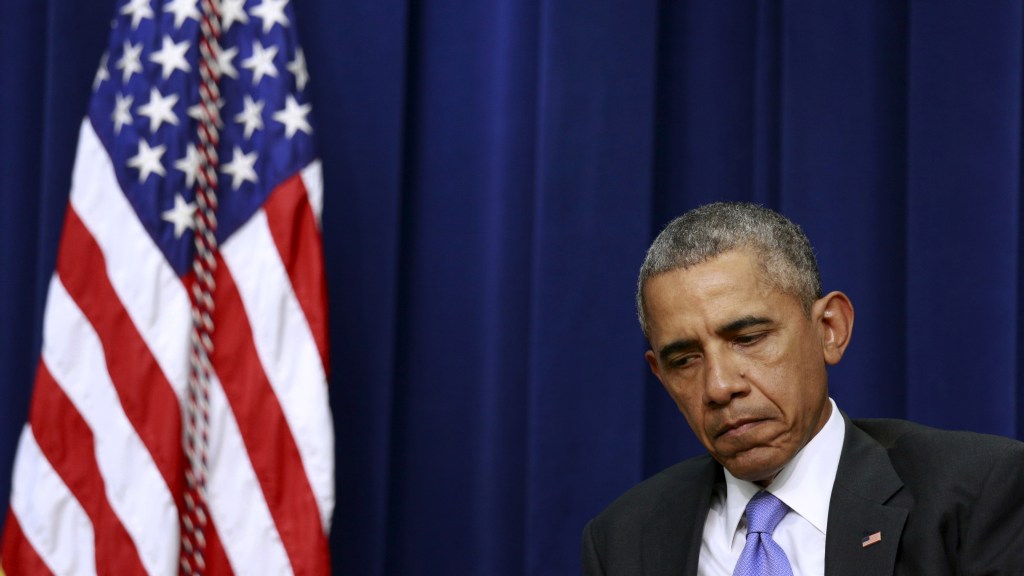 President Obama is currently on a tour to discuss and promote criminal justice reform. His stops include West Virginia where he discussed drug use, Chicago where he spoke to law-enforcement leaders, and New Jersey where he’ll speak to formerly incarcerated people. In a preface to the tour, Obama praised the criminal-justice reform bill, the Sentencing Reform and Corrections Act, currently making its way through Congress. He called for “justice [that] means allowing our fellow Americans who have made mistakes to pay their debt to society and re-join their community as active, rehabilitated citizens.”

A closer look shows that actually curbing our bloated prison population is going to take much more than rhetoric. As Obama speaks out against mass incarceration, and claims he’s putting criminal justice reform at the top of his agenda, he fails to mention that the Bureau of Prisons (BOP) continues to open new federal prisons. Unsurprisingly to those of us who track the connections between social and environmental justice, at least two of these, AUSP Thomson in Illinois and a proposed prison in Kentucky, are on environmentally hazardous land. As an investigation by Solitary Watch found, Thomson is in close proximity to a Superfund site as well as a number of coal plants and nuclear-power plants (including a few sites that include coal-ash dumps and brownfields).

Meanwhile, the BOP is planning to build a federal prison in Letcher County, Ky., on top of a former mountaintop-removal coal mine. The location could possibly have an effect on the access to clean water inside the prison. It’s also possible that the prison will contaminate the land around it. The Lexington Herald-Leader reports:

In a review of the environmental analysis, the groups found that, along with the impacts to federally and state protected species including the Indiana bat, eastern hellbender, Kentucky red-backed vole and sharp-shinned hawk, the new prison could subject surrounding communities to the prison’s sewage discharges and industrial output from a prison-labor factory. In addition, the plan could expose prisoners to contaminated water in the area.

Despite an increase in rhetoric around mass incarceration, continuing to build prisons on potentially hazardous land is a recipe for disaster that we’ve seen before. Access to clean water continues to be a problem in prisons across the country and prisons continue to contaminate the land around them.

Just in case I have to break this down: Ending mass incarceration means incarcerating fewer people. It means closing down prisons, not building more. But a new report from the Urban Institute shows just how much commitment that will take. The New York Times summarizes it nicely:

According to the new projections, released on Tuesday, a 50 percent reduction in average sentences for federal drug crimes — far beyond anything proposed in reform bills before Congress — would cut the number of federal inmates, now just over 200,000, by 18 percent by the year 2023.

The reform bill, which is set to be voted on in the Senate, stops short of doing that and instead gives a 50 percent sentence reduction (from a 10-year mandatory minimum to a five-year minimum) for people with nonviolent drug felonies — but only to people who haven’t had any previous serious felony convictions, and only if they agree to give up information on other people’s drug activities. Furthermore, the bill will create new mandatory minimum sentences for certain crimes. But as the New York Times notes, it’s not just sentences that need to be cut. In order to significantly scale back on mass incarceration, it would “require politically difficult measures to slash the number of people sent to federal prisons in the first place … [it] would require charging fewer drug dealers with felonies and diverting more of them to drug courts, treatment programs or other alternatives.” To make significant change, we’d have to address the socioeconomic environment that can push people into crime in the first place and also come to terms with what it means to be a violent versus nonviolent offender.

We have yet to see this type of commitment from either Obama or Congress. Analysis of the injustices of our criminal justice system in recent years, coupled with statistical evidence that it isn’t working, has gained attention. But while rhetoric about ending mass incarceration has caught on, and has even become popular, the action needed to actually make a difference in this country’s criminal justice system is still missing.