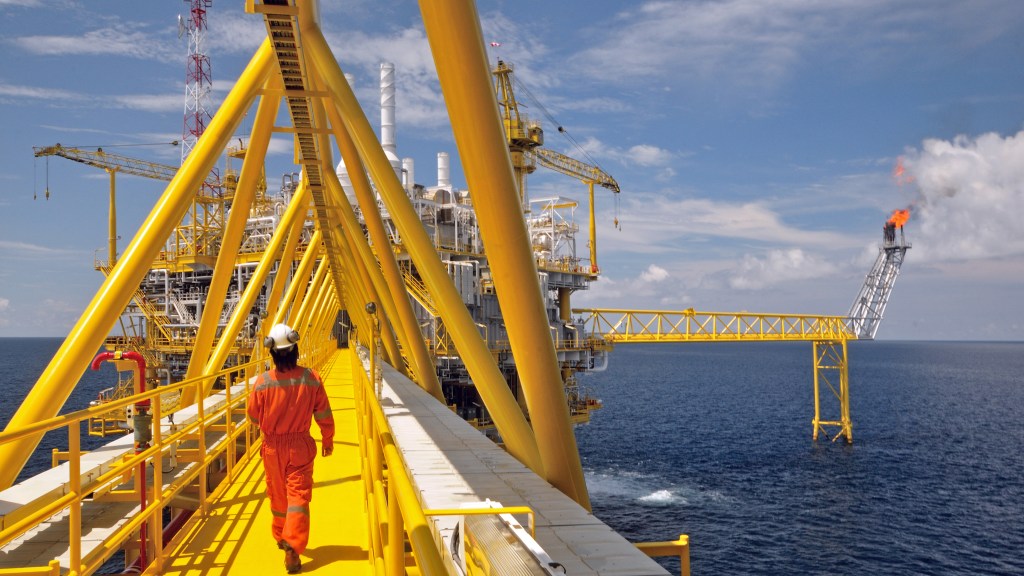 Working on an offshore oil rig is tough enough without ending up naked on camera. But that’s exactly what “Jane Doe,” a 26-year-old female oil rig worker, alleges happened to her in a $1 million lawsuit against her employer Transocean Offshore Deepwater Drilling and its associated companies. In the suit, Doe alleges that her supervisors totally failed to investigate a hidden camera disguised as a clothing hook which was planted in her cabin and used to record her in secret.

About the same time she noticed it was missing, she says the only other woman on the rig mentioned that the same clothing hook had appeared in her room out of the blue.

They opened the hook and found what she says was actually a covert, motion-activated recording device. Inside, she says, was a tiny camera and memory card capable of holding footage.

After plugging the memory card into her own computer, she says she saw footage of her colleague being unsuspectingly recorded. Assuming the worst, she says she could only conclude that she too was recorded in the previous days. She says she believes the footage of herself had already been downloaded by the perpetrator by the time she got to look at the video.

[…] Jane says she wakes up every day worried that video of her will end up online, or worse.

In the oil and gas industry, women make up a relatively small percentage of the workforce. The exact figure depends on who you ask: A LinkedIn analysis claimed just over 26 percent, while a 2010 American Petroleum Institute study put the number around 19 percent, reports Fortune.

Day-to-day life as a woman in such a male-dominated industry has — perhaps unsurprisingly — resulted in mixed experiences. Equally unsurprising is how little media coverage female oil workers have netted, though the unsavory atmosphere of the industry’s inland “man camps” racked up something of a media flurry in the peak of the Bakken Boom. The few female oil rig employees interviewed by media outlets in recent years have reported experiencing different treatment based on their sex. In 2013, Sarah Darnley, a Scottish oil rig worker, made headlines as the first female North Sea oil rig employee to die in an offshore accident; the attention prompted The Guardian to examine in brief the kind of environment that female workers faced offshore. Emine Sauner, who reported that story, found that “while gender diversity still has a way to go, things have improved for female offshore workers.”

Before the camera incident, Jane Doe had “hoped to be a pioneer in this industry, and really set a positive standard for women,” she told CNN. But, after the discovery of the camera, she hasn’t been able to return to work: She’s currently on disability for stress-related ulcers and mental trauma. After the camera was discovered, CNN reports, she immediately reported it to her supervisors, and all agreed that she should leave the ship for her safety while an investigation was conducted — but that investigation may have never happened.

According to CNN, Doe and her lawyers requested that the FBI pursue the case, but the agency was unable to do so for lack of physical evidence. She was offered a settlement contingent on her resignation, which she rejected before filing suit against the company.

International Women’s Month (you all remember that, right?) may have just come to its end, but Doe’s story is a chilling reminder that women face discrimination and harassment in the workplace all the time — particularly in male-dominated industries.