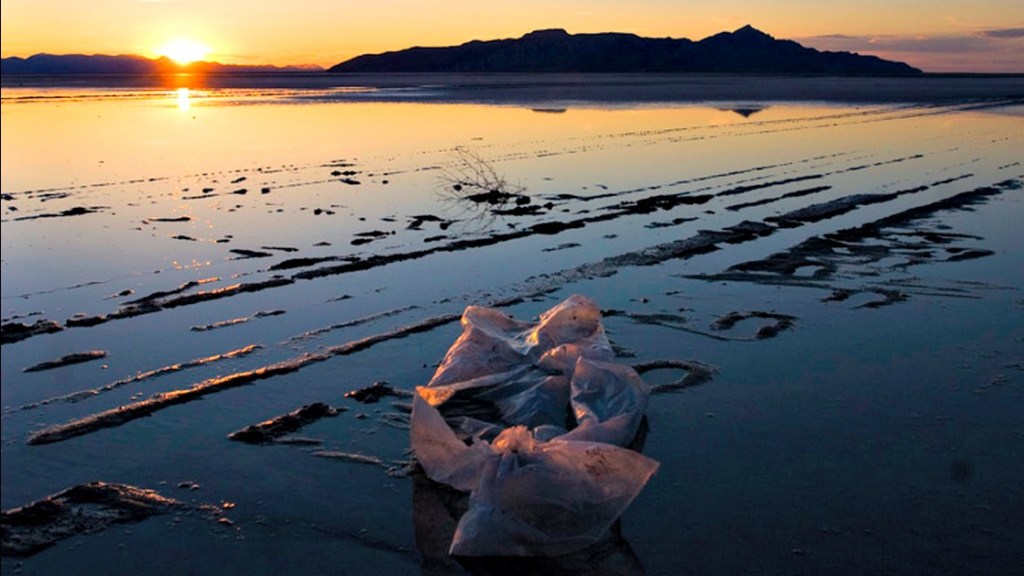 Whales are eating plastic trash, dying, and washing ashore. It happened this summer in the Netherlands (technically the whale got stranded and THEN died); it happened this spring in Spain. Here are the guilt-inducing, gory details of the latter:

Most of this plastic consisted of transparent sheeting used to build greenhouses in Almeria and Grenada for the purpose of tomatoes for the European market. The rest was plastic bags, nine meters of rope, two stretches of hosepipe, two small flowerpots, and a plastic spray canister. Cause of death was intestinal blockage.

A WORLD OF UGH. We don’t know the details of what the dead whale in the Netherlands swallowed, but we know there was plastic in there, so you can bet it’s more of the same: stuff we buy and throw away. And it doesn’t even take much — a 20-year-old Cuvier’s beaked whale died in 2006 after eating a single plastic bag. Marine creatures and birds get hoodwinked by plastic bags because they look like squid and jellyfish.

This also happened closer to home — as in, close to Grist’s home in Seattle — three years ago:

In April 2010, a gray whale that died after stranding itself on a west Seattle beach was found to have more than 20 plastic bags, small towels, surgical gloves, plastic pieces, duct tape, a pair of sweat pants, and a golf ball, not to mention other garbage contained in its stomach.