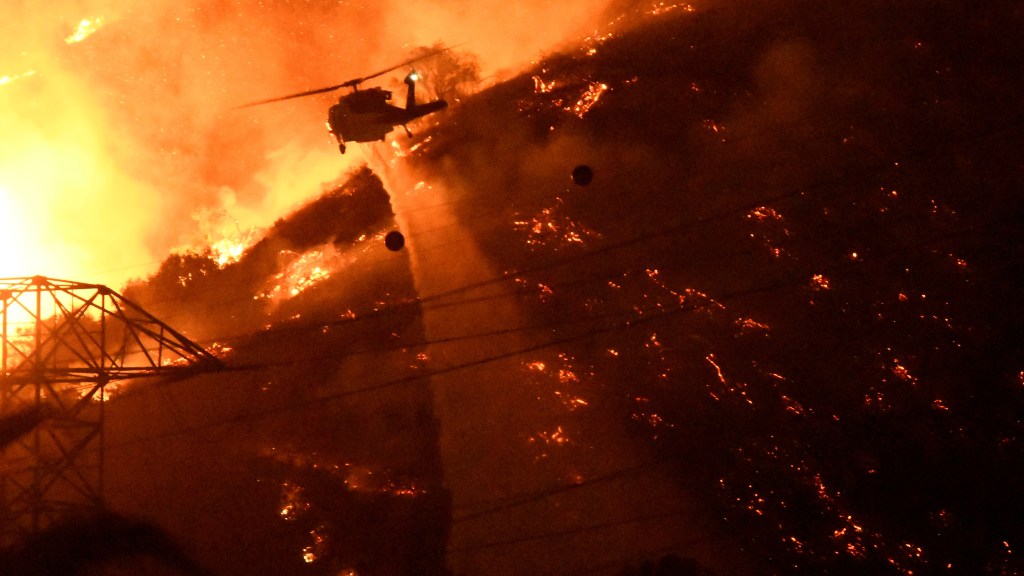 The first of the twin blazes, named the Reservoir Fire, was ignited on Monday morning around 11 a.m., when a car went off the road and plummeted to the bottom of a canyon near the Morris Reservoir, where it ignited. The second fire, the Fish Fire, erupted about an hour later a few miles away, cause unknown.

Meanwhile, two hours north of L.A., firefighters continued battling a weeklong, 8,000-acre wildfire near Santa Barbara. To the south, San Diego’s Border Fire is entering its fourth day. Years of drought and a scorching heatwave throughout the region early this week created a veritable tinderbox for the blazes, and climate change is only making things worse. In total, Cal Fire reported on Tuesday that 4,700 firefighters were battling six wildfires across the state.