Alberta wildfire was the costliest natural disaster in Canadian history 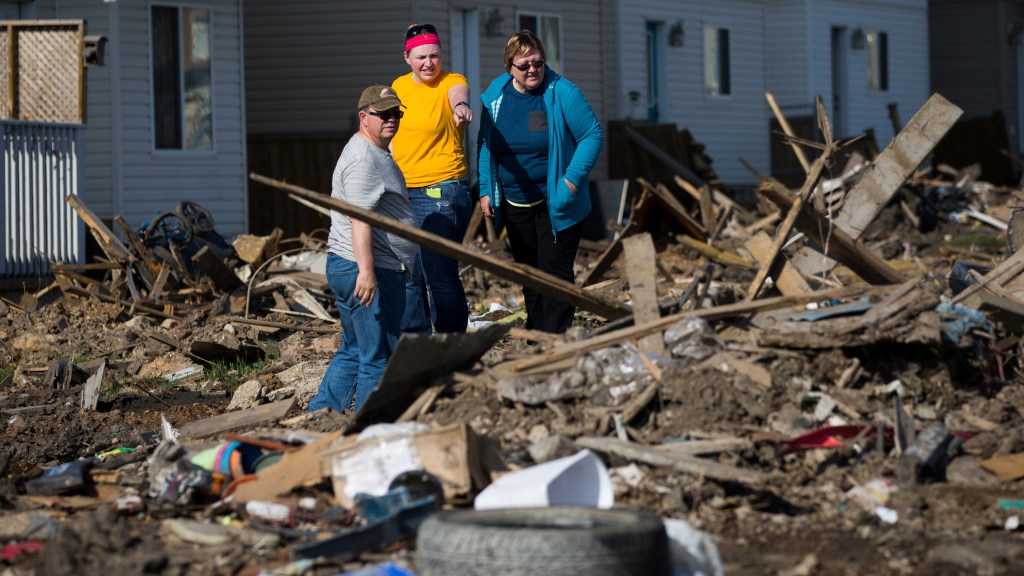 Fort McMurray residents look over the damage as wildfire evacuees trickle back to their homes. REUTERS/Topher Seguin
News

Alberta wildfire was the costliest natural disaster in Canadian history

The wildfire that ripped through Alberta, Canada’s Fort McMurray area in June devastated homes, boreal forests, and tar sands oil production. Now that the dust has settled, another scary aspect of the fire has emerged: the cost.

That’s more than double the expense of the previous most-costly-natural-disaster-in-Canadian-history, a 2013 flood in southern Alberta that cost $1.7 billion in insurance claims.

These billion-dollar disasters will be less “natural” in the future, with climate change fueling longer and more ferocious wildfire seasons.