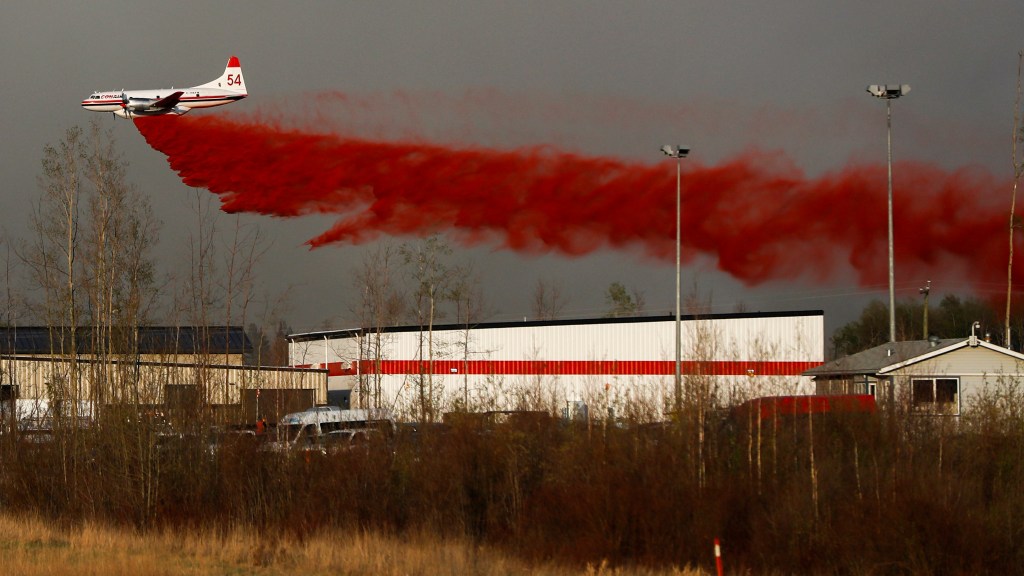 It’s time to ask the really important question about the ongoing, devastating Alberta wildfire: How has it affected the province’s oil production? While output has been down by approximately 1 million barrels of crude oil each day since the wildfire began last Wednesday, according to CBC News, for the most part energy facilities were “barely touched” and are starting to kick up production again — albeit slowly.

Many operations have been closed this week due to heavy smoke from the fires — not to mention the fact that there was no one to, you know, operate the facilities as thousands of workers living in Fort McMurray have been evacuated. Officials say that production will slowly begin to pick up pace in the coming days, according to CBC News. And in the early part of this week, the fire began moving away from the region’s largest oil sands deposits.

And as we noted on Tuesday, the residents of Fort McMurray have borne the brunt of the destruction: As of Tuesday, nearly 90,000 people had been forced to flee and 24,000 buildings were destroyed.

Shell Canada and Suncor have restarted operations in limited capacity, BBC reports. Some companies planned to fly in workers to ramp up production since, as mentioned above, many locally-based employees were evacuated from their homes. And as CBC News reports, travel to Fort McMurray is restricted to essential services — which includes commercial vehicles, but not humans that oil production sites employ.

On Tuesday, Alberta Premier Rachel Notley announced at a press conference that getting oil operations up and running again is “an important step in the recovery of our people.” Yes — the well-being of the people is clearly the focus here.