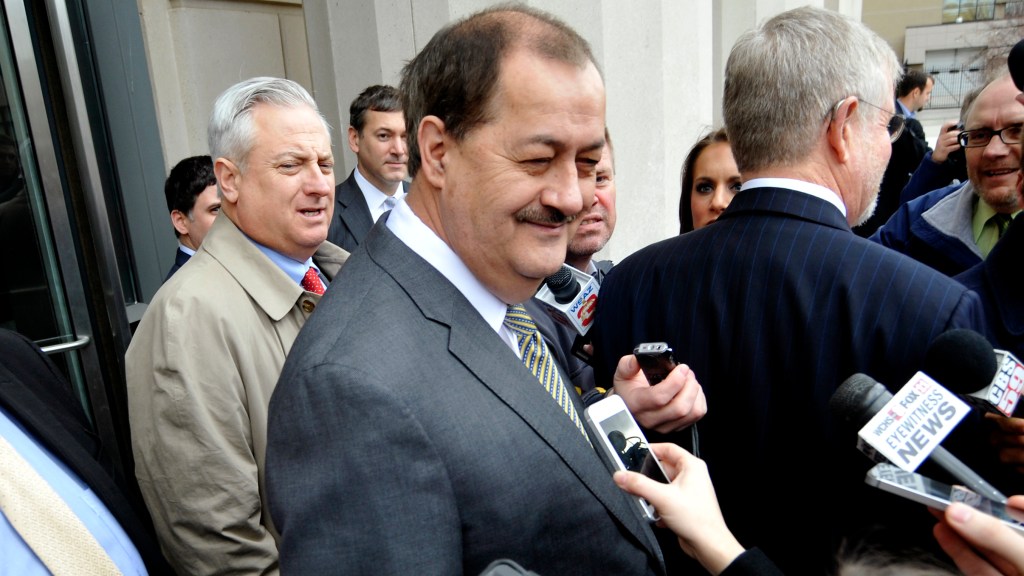 At Wednesday’s sentencing in Charleston, Blankenship received an additional year of supervised release and a quarter-million dollar fine. While families of UBB victims were not permitted to speak in the courtroom during sentencing, Blankenship did. “My main point is wanting to express sorrow to the families and everyone for what happened,” Blankenship told to the court, adding the qualification to his apology, “I am not guilty of a crime.” Betty Harrah, the sister of a victim of the explosion, told a local TV station on Wednesday the disaster delivered “a lifetime sentencing” to victim’s families who “didn’t do anything wrong.”

The UBB explosion was the deadliest U.S. mining accident in four decades, and prompted a federal investigation into the coal giant’s safety practices. The investigation eventually led the Justice Department to the top of Massey’s chain of command: to Blankenship, who federal prosecutors accused last fall of creating “an unspoken conspiracy that company employees were to ignore safety standards and practices if they threatened profits,” according to The New York Times. As Mother Jones’ Tim Murphy reported in November, UBB averaged one safety violation per day; miners worked in hazardous conditions, like floods and collapsing ceilings; the company used secret codes and radios to foil federal inspectors; and Blankenship himself sent out threatening messages to managers who were concerned about safety.

Blankenship — a native of coal country who enjoyed a 18-year reign as CEO of Massey — was charged with the misdemeanor in December. It was considered a landmark in a region where King Coal has ruled for more than a century. The U.S. attorneys, reports the Times, “said it was the first time such a high-ranking corporate executive had been found guilty of a workplace safety crime.” Nonetheless, Blankenship’s jury of peers cleared him of three felony charges that could’ve put him away for 30 years instead of one.

For many, 30 years would’ve sat a lot better: