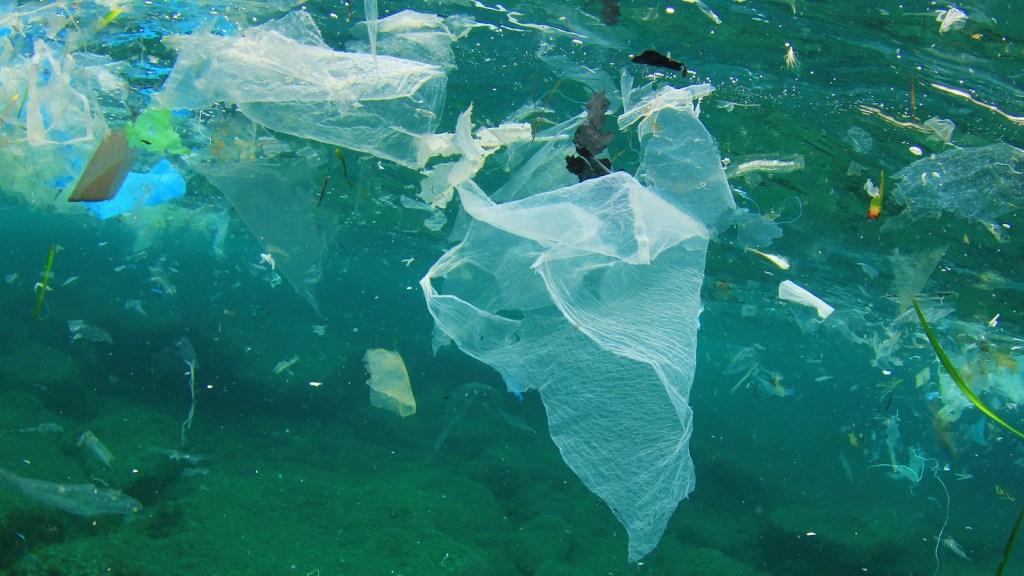 There’s a veritable shit ton of plastic floating around in the world’s oceans — between 10 and 30 billion pounds of it, to be imprecise — and more than half of it comes from just five countries.

Those countries are China, Indonesia, the Philippines, Thailand, and Vietnam, according to a report from the Ocean Conservancy and the McKinsey Center for Business and Environment. Here’s why these countries are on the hook for up to 60 percent of the world’s ocean plastic, from GlobalPost:

As Asian economies rise, people have more cash to blow on Marlboros and Sprites at 7-Eleven. But the junk these habits produce often doesn’t end up in legit landfills.

In the five Asian countries listed above, only about 40 percent of garbage is properly collected. Across Asia, trash is often piled up in communal dumps where stray bits are swept up by the wind and cast into the ocean.

Even sanctioned garbage dump sites are sometimes intentionally set up near rivers that flow into the sea. The reason, according to Ocean Conservancy: “Waste will intermittently be carried away by heavy rains or current, refreshing the capacity of the dump to receive more waste.”

This situation would be even worse if not for the valiant efforts of trash pickers — the brave souls who wade through garbage in search of valuable recyclables. Still, trash pickers aren’t going to spend 10 hours collecting plastic bags for a grand total of 50 cents when they could net $3.70 for a haul of plastic bottles, GlobalPost reports.

Another part of the problem is that products are packaged differently in developing countries:

In Asia’s rural hamlets, corporations sell everything from beauty products to instant noodles in tiny, cheap quantities. This helps even the most destitute laborers afford their wares. The result? Companies are churning out a lot more plastic packaging in poor Asian nations — and much of it winds up in the ocean.

Though corporations aren’t “making plastic with the intent of it ending up in the ocean,” [Nicholas Mallos, director of Ocean Conservancy’s marine debris program] says, they should be offering up their “world-class logistics, financing, project management and marketing capabilities” to help solve the problem.

If the top plastic polluters don’t adopt proper waste management systems, and their demand for plastic-based consumer goods continues to grow (which is guaranteed to happen), then by 2025 there could be one ton of plastic for every three tons of fish in the oceans, according to the report.

What can we learn here? Separating your recycling actually does matter– just ask this guy — and even in the U.S., there’s still plenty of progress to be made in that department. I mean, there are villages in Japan that divide waste into 34 categories. That really puts paper vs. plastic into perspective.