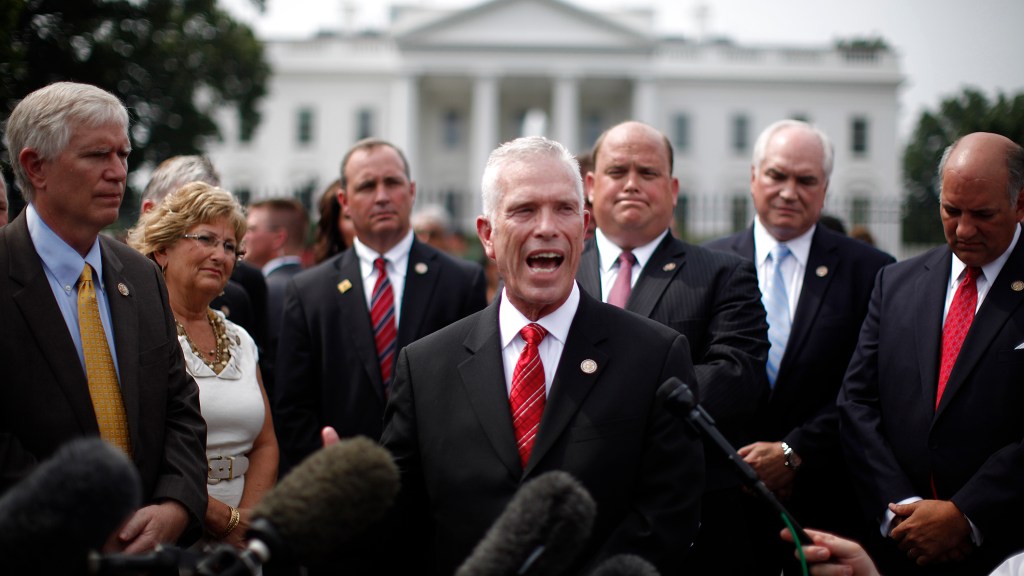 A Congressional hearing regarding the Environmental Protection Agency’s (EPA) regulatory power showed us that time travel may be real after all.

On Wednesday, a House Republican took us back to the 1950s when he accused the Environmental Protection Agency (EPA) of being “un-American” at a committee hearing to review the EPA’s Clean Power Plan — regulations aimed at reducing carbon emissions from the energy industry.

“It’s draining the lifeblood out of our businesses,” Rep. Bill Johnson (R-Ohio) said to top EPA official Janet McCabe. “The hundreds of billions of dollars that you guys are sucking out of our economy every year that could be going toward job creation.” Johnson then ranted for several minutes before declaring, “I think it’s absurd, I think it’s irresponsible. Quite frankly, Ms. McCabe, I think it’s un-American.”

This does seem rather ironic considering the EPA’s job is literally to keep poisoned air and water from harming American bodies (one at which it’s frankly failed recently.) But Rep. Johnson may argue that irony is also “un-American,” much like royalty, bidets, gun control, and poutine.

The Congressman was unavailable for comment as he immediately sock-hopped into his Studebaker and headed back to Ohio after the hearing.