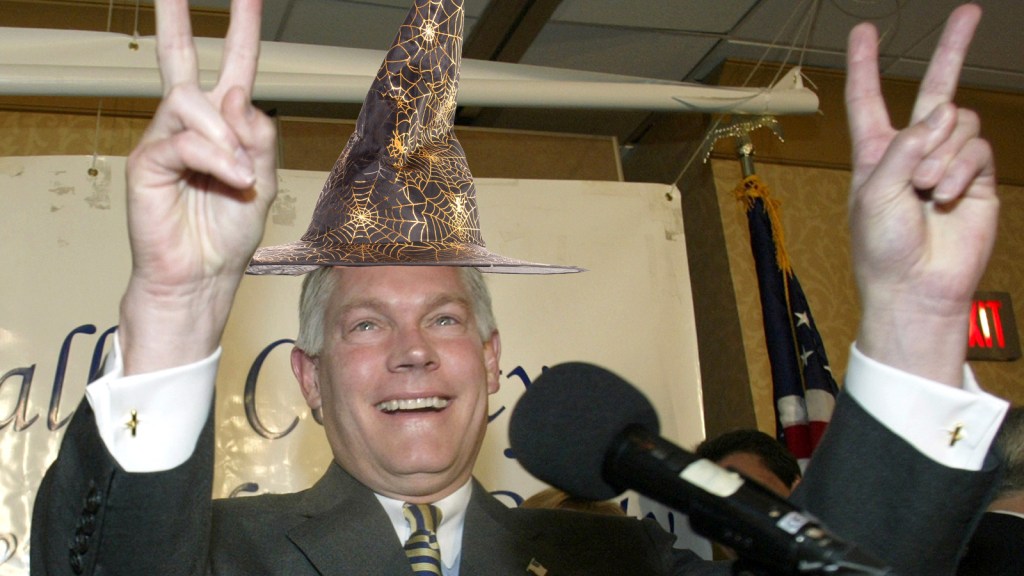 Magic is in the air!

Along with six other House Republicans, Rep. Pete Sessions of Texas introduced a resolution on Monday that recognizes “magic as a rare and valuable art form and national treasure.” His resolution reads like a Tumblr poem:

Whereas magic is an art form with the unique power and potential to impact the lives of all people;

Whereas magic enables people to experience the impossible;

Whereas magic is used to inspire and bring wonder and happiness to others;

Whereas magic has had a significant impact on other art forms;

Whereas magic, like the great art forms of dance, literature, theater, film, and the visual arts, allows people to experience something that transcends the written word;

It continues. And, please, try not to laugh. This is serious congressional business:

Whereas David Copperfield, introduced to magic as a boy growing up in New Jersey, has been named a Living Legend by the Library of Congress;

Whereas David Copperfield, with 21 Emmy Awards, 11 Guinness World Records, and over four billion dollars in ticket sales, has impacted every aspect of the global entertainment industry;

Whereas David Copperfield, through his magic, inspires great positive change in the lives of Americans;

Whereas people consistently leave David Copperfield’s live magic show with a different perspective than when they entered;

Whereas Rebecca Brown of Portland, Oregon, left a David Copperfield magic show with a newfound inspiration to pursue her lifelong, unfulfilled passion for dance;

In addition to recognizing magic as rare and national treasure, the symbolic bill would “support efforts to make certain that magic is preserved, understood, and promulgated.” Whatever that means.

The best (worst?) part about this congressional waste-of-time is that while Sessions clearly believes in magic (and has a big ol’ crush of David Copperfield), he and his colleagues fail to recognize something that is happening right in front of their faces: climate change. Sessions has earned a 3 percent score from the League of Conservation Voters, and has voted against almost every piece of climate change and environmental legislation since 1997.

While we are unable to ascertain the validity of magic, it’s clear that magical thinking is alive and well. And Rep. Sessions, just in case you’re listening — how about a trick or two to deal with climate change? It might work better than waiting on Congress.