Humans are using too much crap.

That’s the official word from a new U.N. report on the use of natural resources. It found that, from the food we eat to the homes we live in to the fuels we burn, our rates of consumption are just unsustainable. That’s not too surprising, but the real shock is that our extraction of the primary materials used to make all of our stuff has more than tripled in the past 40 years. 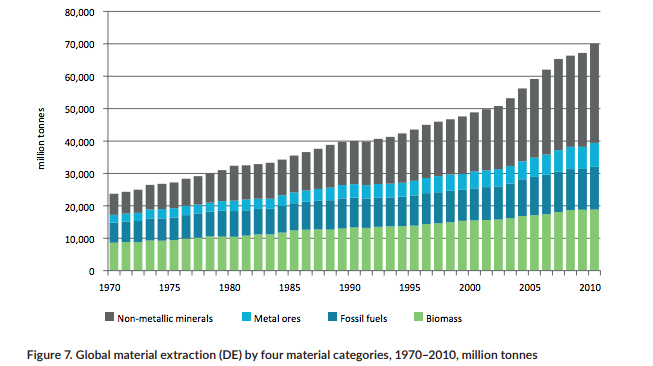 “We urgently need to address this problem before we have irreversibly depleted the resources that power our economies and lift people out of poverty,” said the U.N.’s Alicia Bárcena Ibarra.

Unfortunately, it’s a trend that’s likely to continue. Unless we drastically change our systems of production, according to the U.N., the world’s population will require almost three times the amount of resources we currently use by 2050. Rich nations, especially, are overusing materials, sucking up 10 times more than the world’s poorest nations and twice the global average.

So put down those diggers, humans! It’s time to save some stuff for the future.