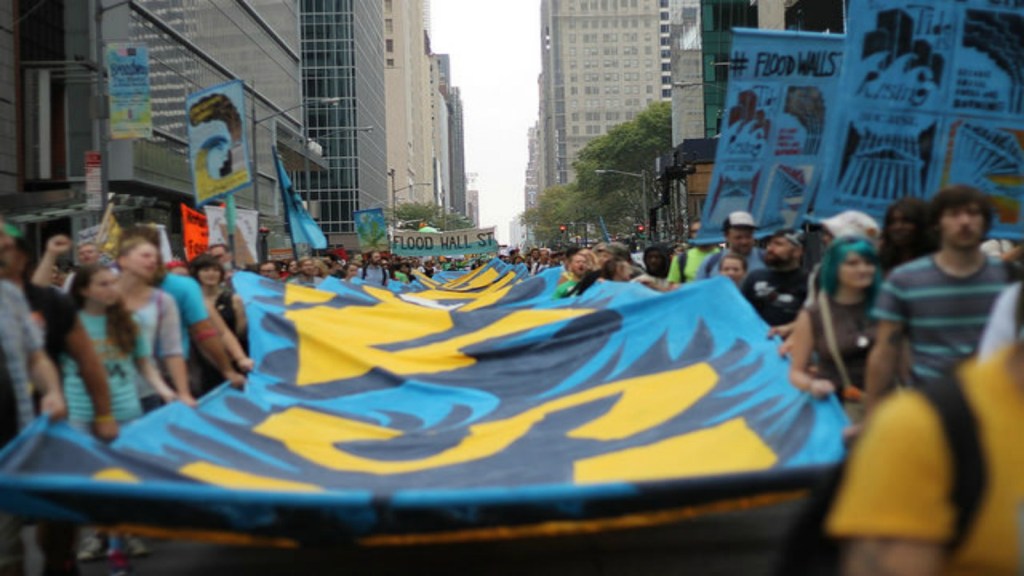 Investing in fossil fuels is becoming a liability — not only for the planet, but for the portfolio, too.

The industry garnered a staggering $5 billion loss for the New York State Common Retirement Fund (NYS-CRF) over three years, according to an analyst estimate from the investment research firm Corporate Knights. The state’s $189.4 billion pension fund, the third largest in the country, covers 1.1 million members across the state. The loss equates to $4,500 per person.

In order to measure what sort of impact fossil fuel holdings was having on the New York State Common Retirement Fund’s equity portfolio, Corporate Knights took the 100 biggest companies that the fund has shares in. Of those, the biggest fossil fuel companies, including coal utilities, were removed. Using data about the performance of the top 100 public coal companies provided by Fossil Free Indexes, the fund was then analyzed for how it would fare without these fossil fuel stocks, versus how it fared with them.

“Our findings…indicate that the Fund would have made an extra $5.3 billion over the past three years had it shifted its investments out of fossil fuel stocks into companies providing climate solutions,” Toby Heaps, CEO and co-founder of Corporate Knights, told Grist.

Corporate Knights, a Toronto-based financial information company, has analyzed the fossil fuel holdings of several large funds in the past, in an effort to promote a message of “clean capitalism,” a market system in which social, economic and ecological costs are incorporated into prices of goods and services. It publishes both information on corporate responsibility, like the annual list of the “Best 50 Corporate Citizens in Canada,” as well as analyses of corporate sustainability performance, like the annual “North American Sustainable Cities Scorecard.”

Divesting in fossil fuels has been a hot-button issue for years, with pressure on major universities to scrub their portfolios. Right now, it’s unclear exactly what outcome divesting will have. One study, funded by the oil and gas industry, found that universities could lose millions if they cut their cut oil, gas and coal holdings. Harvard, it reported, would lose up to $108 million per year if it divested from fossil fuel companies. But a slew of other studies have contradicted that finding, suggesting that divesting in fossil fuels can save big money. One analysis by the investment firm Trillium Asset Management directly contradicted the industry-funded findings for Harvard, reporting that the university lost an estimated $21 million dollars over three years by ignoring calls to divest. One 2013 analysis commissioned by the Associated Press found that university endowments would have been better off had they divested a decade previous. Last October, after beginning to divest from all fossil fuels a year earlier, the Rockefeller Brothers Fund announced that its $850 million portfolio was not harmed by the decision.

According to one 2015 analysis by MSCI, the world’s leading stock market index company, investors who cut out holdings in fossil fuel companies outperformed those that had stakes in coal, oil and gas over the past five years. The analysis attributed fossil fuel holdings’ poor performance to both the fall in the oil price, as well as investors considering oil and coal to be risky investments in the long run.

The New York pension fund’s investments in fossil fuels have been questioned lately, both by climate advocates and by investors. Last week, Thomas DiNapoli, the New York State Comptroller who manages the pension fund, joined four other Exxon shareholders to demand that the U.S. Securities and Exchange Commission force the company to address how climate change mitigation policies would impact its bottom line. New York’s retirement system invests directly about $1 billion in Exxon, the world’s largest publicly traded oil and gas company. Exxon quickly challenged that resolution — but it seems that today, the Comptroller got his answer.

“The era of fossil fuels is coming to an end, and this report demonstrates very clearly why divestment is not only environmentally sound, but financially responsible,” New York State Senator Liz Krueger, co-sponsor of the Fossil Fuel Divestment Act, said in a statement. “By staying invested in fossil fuels over the last three years our state pension fund missed out on over $5 billion in potential returns. Investment in fossil fuels is a sinking ship, and it’s high time we headed for the lifeboats.”

Corporate Knights, working with other climate action groups, has found similar trends for other large shareholders that refuse to divest in fossil fuels. Last November, it launched “The Clean Capitalist Decarbonizer,” a tool to analyze the performance of 14 major funds, including Harvard’s endowment, the Bill and Melinda Gates Foundation, and the pension plans of Canada and the Netherlands. Put together, these 14 funds would have been $23 billion better off had they divested from fossil fuels just three years earlier, in 2012.

For those looking to not make the same mistakes the state of New York and others have, there are easy ways to divest—but you may have to read the fine print to make sure there are no oil smears left on your money. Like many universities and corporations that have already pulled their stakes out of the grip of Big Oil, it’s an measurable way to contribute to the climate movement. What’s more, it may save you a whole lot of money.