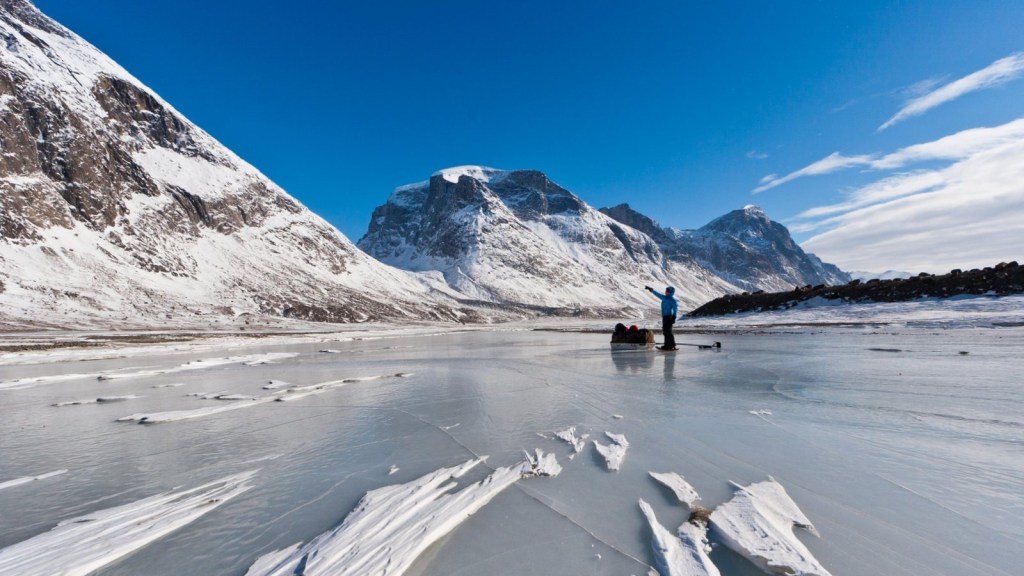 The last time the Canadian Arctic was as warm as it is today, our ancestors were only just beginning to migrate out of Africa.

A study published in Geophysical Research Papers suggests that recent temperatures in the region were unmatched during the last 120,000 years.

“Our results indicate that anthropogenic increases in greenhouse gases have led to unprecedented regional warmth,” said University of Colorado at Boulder professor Gifford Miller, the lead author of the new paper.

Over three years, Miller and his colleagues collected dead clumps of moss that were left exposed by receding ice caps on Baffin Island, the largest island in Canada’s Arctic Archipelago. They concluded that the oldest were last exposed to the elements at least 44,000 years ago — but that they were probably far older than that. From the paper:

The ancient rooted plants emerging beneath the four ice caps must have been continuously ice-covered for at least 44 [thousand years]. However, because the oldest dates are near the limit of the radiocarbon age scale, substantially older ages are possible.

Based on temperature reconstructions for ice cores retrieved from the nearby Greenland Ice Sheet, the youngest time interval during which summer temperatures were plausibly as warm as present prior to 44 [thousand years ago] is ~120 [thousand years ago], at, or near the end of the Last Interglaciation. We suggest this is the most likely age of these samples.

The scientists found that the Arctic has been warming in recent decades, following thousands of years of cooling. From a CU-Boulder press release:

The new study also showed summer temperatures cooled in the Canadian Arctic by about 5 degrees Fahrenheit from roughly 5,000 years ago to about 100 years ago — a period that included the Little Ice Age from 1275 to about 1900.

“Although the Arctic has been warming since about 1900, the most significant warming in the Baffin Island region didn’t really start until the 1970s,” said Miller. “And it is really in the past 20 years that the warming signal from that region has been just stunning. All of Baffin Island is melting, and we expect all of the ice caps to eventually disappear, even if there is no additional warming.”

Baffin Island’s peaks have been covered with ice caps throughout modern history. As the ice caps melt away, the water is flowing into the ocean, where it is, of course, helping to raise sea levels. “This study really says the warming we are seeing is outside any kind of known natural variability, and it has to be due to increased greenhouse gases in the atmosphere.”