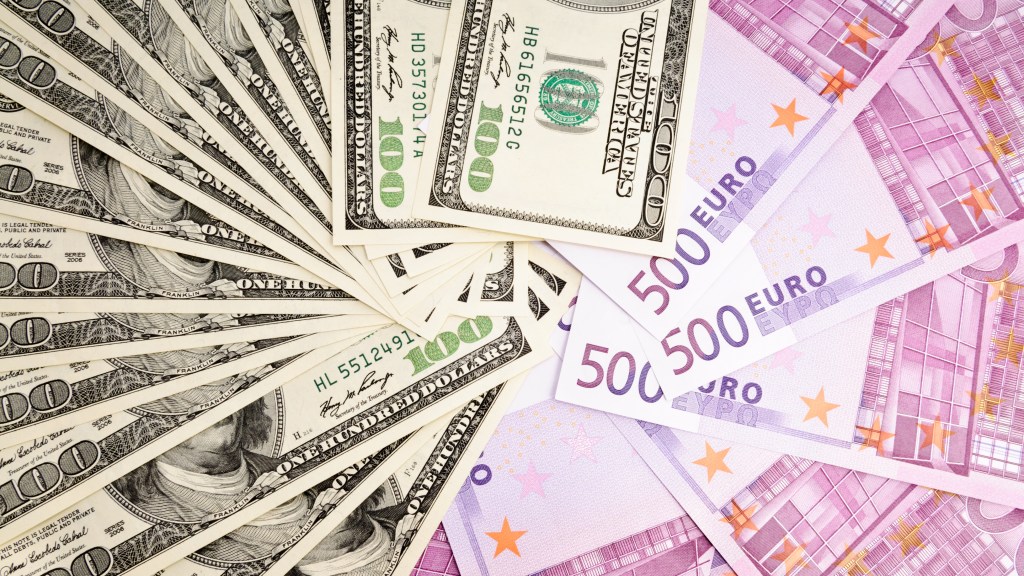 To slow climate change and protect the world’s vulnerable poor from the effects of global warming, the West is going to have to give developing nations a hand. And that hand will need to come in the form of cold, hard cash.

Unfortunately, not a lot of that is on offer right now. That fact will take center stage during international climate talks in Poland over the next two weeks.

The U.N. Framework Convention on Climate Change’s next Conference of the Parties, commonly known as a COP, begins Monday in Warsaw. Officials representing nearly 200 countries will bicker and beg as they try to move forward in the quest for a new agreement to replace the Kyoto Protocol. That deal was struck way back in 1997. The U.S. never ratified it, Canada ultimately walked away from it, and the agreement expired last year. It’s been sticky-taped together through amendments to extend its life until a new agreement can be reached.

During COP talks in Durban, South Africa, in 2011, delegates struck a deal to strike a deal: They agreed to finalize an agreement by 2015 to replace the Kyoto Protocol. The new agreement would cap warming at 2 degrees Celsius (3.7 Fahrenheit) and begin to take force in 2020 — and that’s under a best-case scenario. Which is also a horrible-case scenario, given that the world’s annual greenhouse gas emissions continue to rise every year.

The issue of equity is always one of the biggest sticking points in U.N. climate talks. How much should rich countries sacrifice and how much should developing countries sacrifice as they try to curb emissions together? It was during the talks in Durban that a solution to this conundrum was concocted: Rich countries would provide $100 billion a year by 2020 to help developing countries reduce emissions and adapt to the warming world.

So far, the Green Climate Fund is nearly as bare as Old Mother Hubbard’s cupboard: It has received $7.5 million to spread around to the entire developing world. Not only that, but some developed countries are starting to hem and haw about whether they should even contribute to the fund. At a conference held ahead of the Warsaw talks, a British representative suggested that businesses could be more involved and that the agreement could be more of a private-public-partnership type thing, as Responding to Climate Change reports:

“I believe we need a new business partnership to tackle climate change, that does so with its eyes wide open, mindful of the costs and careful to catch the opportunities,” [said Greg Barker, minister of state for energy and climate change in the U.K.].

“We can only decarbonise the economy if business comes with us, as an active participant, and at least cost for consumers.”

But others expressed doubt that this system was an adequate response to the urgency of climate change, and urged the UN to push for a more top-down approach in order to mobilise the level of action needed.

The Green Climate Fund is a really big deal for the developing world. If it slumps, so too could hopes of worldwide cooperation on climate change.

India is a developing country that recently overtook Russia to become the world’s fourth-largest climate polluter — after China, the U.S., and the European Union. Just ask that country how cooperative it will be in curbing emissions from its fast-growing economy if the climate fund remains unfunded. Of course, you can’t ask an entire nation a question — let alone one that is home to 1.2 billion people speaking a cacophony of languages. But The Hindu newspaper found the right Indian to ask. Here’s what the country’s environment minister, Jayanthi Natarajan, hopes to see at the Warsaw meetings:

The most important milestone would be climate finance and capitalisation of the Green Climate Fund (GCF), which has not happened at all. Developed countries that made a commitment earlier have now started talking of alternative sources of funding. Whereas in our view these are commitments of the parties to the COP. While others and alternate sources need not be excluded, I think the fundamental commitment is the provision of finance.

In other words, “show us the money.” It’s a call that many developing countries are making as we head into next week’s talks.

Thomson Reuters Foundation reports on another financial issue that will be front and center at the conference:

Developing countries and climate experts are calling for U.N. climate talks, which begin in Warsaw on Monday, to set up an international mechanism to deal with losses and damage linked to climate change, which a new report says are already harming vulnerable people.

The question of whether to establish a new global body was controversial at last year’s negotiations in Doha, with richer nations fearing it could be used to make them pay compensation for the consequences of their planet-warming emissions to poorer countries suffering the worst impacts of more extreme weather and rising seas.

After fierce last-minute wrangling, it was agreed the upcoming 2013 climate conference in Poland would “establish … institutional arrangements, such as an international mechanism … to address loss and damage associated with the impacts of climate change in developing countries that are particularly vulnerable to the adverse effects of climate change”.

Quamrul Chowdhury, a lead negotiator for the group of Least Developed Countries (LDCs), told Thomson Reuters Foundation creating a mechanism is of “paramount importance” at the Nov. 11-22 Warsaw talks.

The world’s poor countries couldn’t be more clear: Rich countries started this problem, they say, and rich countries can best afford to fix it. It’s time to cough up the money. The next two weeks should provide a hint as to whether that is ever likely to happen.