Walmart's carbon emissions soar despite all that green talk 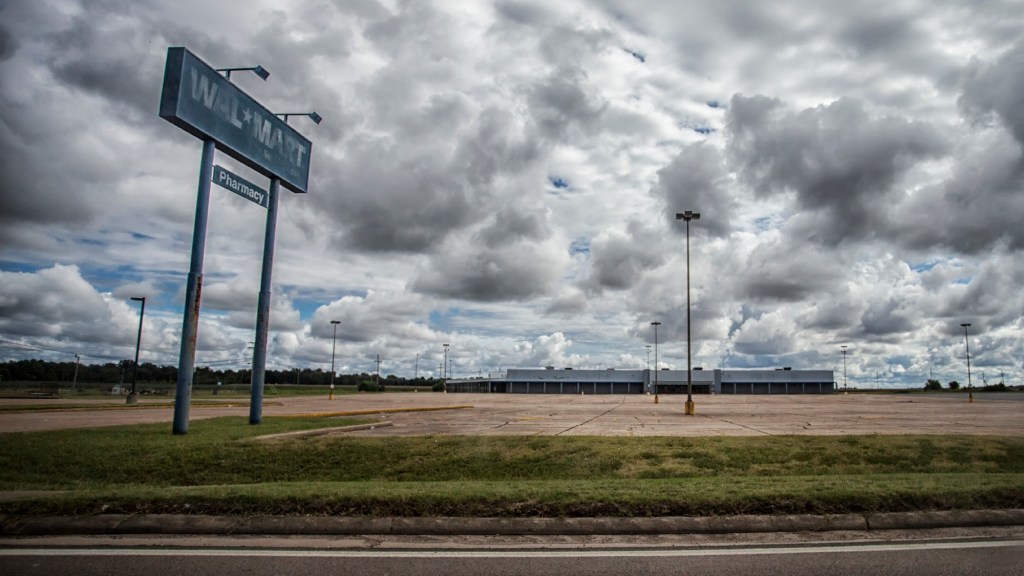 Walmart’s carbon emissions soar despite all that green talk

Walmart’s flagrant labor abuses have been well-documented, as have the effects of its sprawling big-box stores on town centers and small retailers. But less well-known is how much the mega-retailer is doing to wreak havoc with the world’s climate.

In greenwashing on an epic scale, the company has been making a lot of noise in the press over its pledges and occasional projects to reduce carbon emissions. The company’s chief executive proclaimed in 2005 that “every company has a responsibility to reduce greenhouse gases as quickly as it can.”

Which is nice rhetoric. But apparently Walmart doesn’t think it falls into the same bucket as “every company.”

Eight years into the retailer’s self-professed love affair with the environment, a new report [PDF] by the nonprofit Institute for Local Self-Reliance lays bare its hypocrisy: Walmart is significantly growing its carbon footprint, even as it claims to be reducing it.

“Walmart is failing on climate exactly like it is failing on worker’s rights,” Michael Marx, director of the Sierra Club’s Beyond Oil Campaign, said in a statement [PDF] that coincided with publication of the report. “The company’s carbon pollution is up 14 percent while it pours millions of dollars into a misleading PR campaign around sustainability and anti-environmental public officials who obstruct solutions to climate disruption.”

Today Walmart ranks as one of the biggest and fastest growing climate polluters in the country. If it were included in the Greenhouse 100 Polluters Index, a list that is limited to heavy industrial firms, such as oil companies and power plants, Walmart would take the 33rd spot, just a hair behind Chevron, America’s second largest oil company. …

Since 2005, Walmart’s reported greenhouse gas emissions have risen 14 percent, reaching 21 million metric tons per year, according to data the company has filed with CDP, formerly known as the Carbon Disclosure Project. What’s more, this figure only accounts for a fraction of the company’s total emissions, as Walmart does not include large segments of its greenhouse gas pollution in these disclosures. …

Walmart reports emissions from its stores, distribution centers, and trucks, but does not report emissions from other sources, such as international shipping, land development, store construction, and manufacturing of store-brand products.

Here’s a chart from the report that compares Walmart’s use of renewable energy with that of other large retailers:

That’s right — the company has been promising since 2005 to switch over to clean energy, but it still gets 96 percent of its electricity from dirty sources. Why? “It has sometimes been difficult to find and fund low-carbon technologies that meet our ROI [return-on-investment] requirements,” the company has stated. In other words: We will only go green if it’s cheaper than not going green.

And here’s another chart from the new report, showing how Walmart funds political candidates who block all things green and support all things polluting:

Publication of the report coincided with an open letter sent to Walmart by environmental groups demanding that the company live up to its promises and quit with the whole destroying-the-planet thing. From the letter, which was signed by Friends of the Earth, the Sierra Club, Rainforest Action Network, and six other groups and coalitions:

We call on Walmart to implement a publicly verifiable, accurate tracking of all of their climate change emissions, commit to an overall 20% reduction in emissions by 2020, and end reliance on environmentally destructive energy sources and industries, including dirty coal, fracking and the tar sands. This reduction in emissions could be achieved by investing in a faster shift to renewable power and energy efficiency, phasing out construction of auto-oriented store formats built on greenfields, and shifting to more local and regional sourcing of goods. In addition, we call on Walmart to hold its suppliers and business partners to these same standards or sever its relationships with them.

The letter comes just days after 54 protesters were arrested in downtown Los Angeles during a march that coincided with strikes over low wages and working conditions at Walmart stores. Strikes and protests continue throughout the country over the retailer’s egregious treatment of its workers, and those actions are expected to culminate with shuttered stores on Black Friday when workers walk off the job.