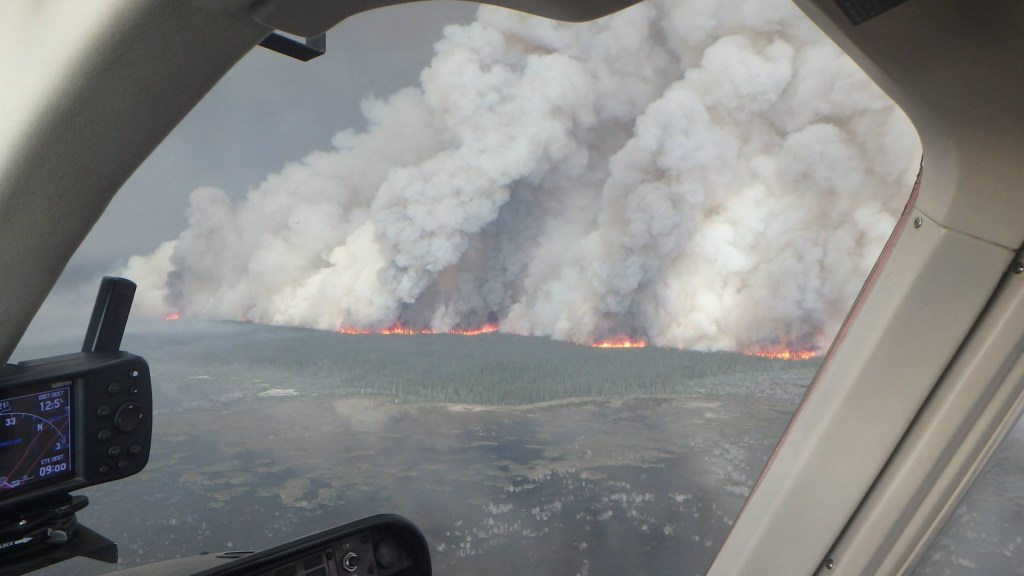 NWT Fire
hot at the top

Wanna see what climate change looks like? Check out the vicious fires in northwest Canada

Lightning, an intense heat wave, and low rainfall are lighting up northwestern Canada like a bonfire, producing conflagrations that scientists are linking to climate change.

More than 100 forest fires are burning in Canada’s lightly populated Northwest Territories, east of Alaska. Some residents are being evacuated from their homes; others are being warned to stay inside to avoid inhaling the choking smoke. Take a look at the latest map produced by the region’s fire agency:

“Some attribute that to climate change, and I’m one of those,” Mike Flannigan, a professor of wildland fire at the University of Alberta, told CBC News. “What we are seeing in the Northwest Territories this year is an indicator of what to expect with climate change. Expect more fires, larger fires, more intense fires.”

Boreal forests like those in the Northwest Territories are burning at rates “unprecedented” in the past 10,000 years according to the authors of a study put out last year. The northern reaches of the globe are warming at twice the rate as areas closer to the equator, and those hotter conditions are contributing to more widespread burns.

Further south, Oregon and Washington state have declared emergencies as the same three forces — lightning, hot weather, and dry conditions — fuel wildfires that have forced evacuations. Elsewhere in the American West, major wildfires are being battled in Nevada and California.