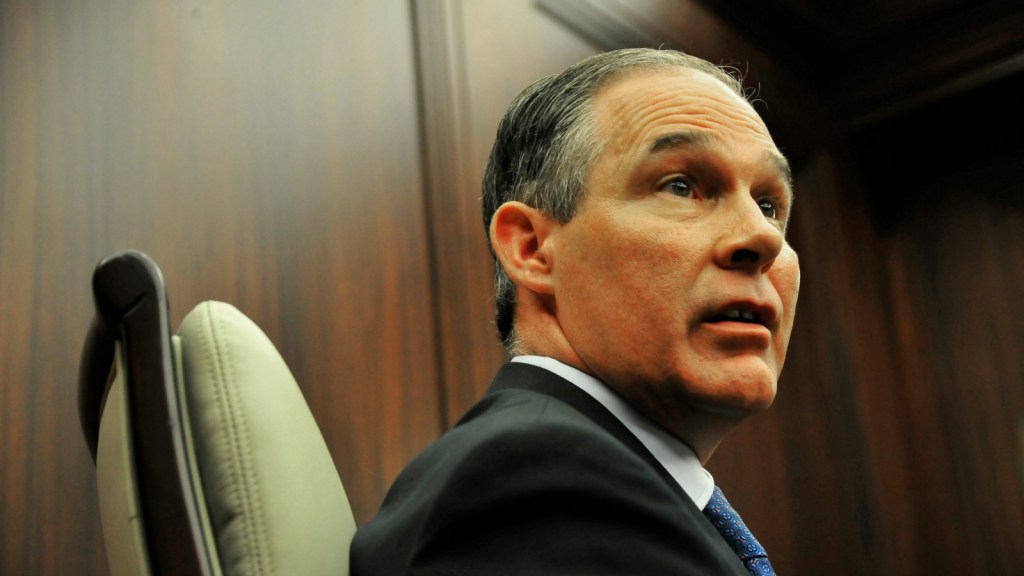 Patrick Parenteau is a professor of law and senior counsel at the Environmental and Natural Resources Law Clinic at Vermont Law School.

Fireworks are guaranteed at the upcoming confirmation hearings on President-elect Trump’s nominee for EPA administrator, Oklahoma Attorney General Scott Pruitt. Pruitt is an avowed climate change denier with close ties to the oil and gas industry who has sued the EPA over a dozen times to block air, water, and climate regulations. These hearings typically generate more heat than light, but there are serious questions that should be asked about the direction the EPA might take under Pruitt’s leadership. Here are 10 that frame some of the major concerns.

With Republicans controlling the Senate and with the filibuster rule for cabinet appointments having been repealed (by the Democrats), Pruitt’s confirmation is all but assured. His confirmation hearing will be mostly political theater. Even if questions like these were posed, it is doubtful candid answers would be forthcoming. Still, senators have a duty to ask them and the public has a right to know more about the people who will be in charge of enforcing environmental laws. But whether or not these questions are posed at the hearing, it will soon be clear from Pruitt’s actions what the answers are.