Dairy industry has a cow over plant-based milks 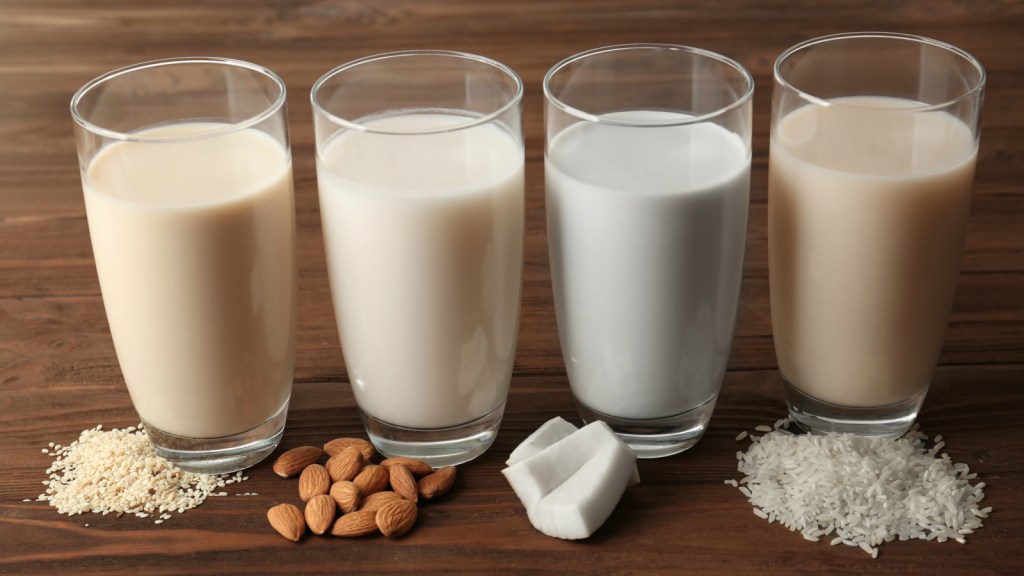 Dairy industry has a cow over plant-based milks

Matthew Prescott is senior director of food policy for the Humane Society of the United States.

The dairy industry seems to feel udderly upended these days. Almond milk, soy milk, coconut milk, hemp milk, cashew milk: As consumers move beyond the bovine in our coffee and on our cereal, the industry and its supporters are feeling so threatened that they’re pushing the federal government to crack down on moo-free milks.

More than 30 members of Congress — led by representatives from Idaho and Vermont, both major dairy-producing states — are urging the FDA to take action against plant-based milk manufacturers for calling their beverages, well, milk.

Got irony? The industrial dairy industry usually works to keep government away from its business. The Milk Producers Council, for example, is currently opposing caps on climate-changing methane emissions from California’s industrial farms. The National Milk Producers Federation (NMPF) has fought legislation that would require reporting of antibiotics use. The industry even opposes government intervention in other agricultural sectors: When the egg industry and humane community joined together in urging Congress to protect laying hens from abuse, the NMPF stood in the way.

Standards that protect animals, the environment, and consumers? Dairy producers say the government has no business weighing in. But squeeze a bean and call it milk? Now that apparently warrants federal intervention.

Why does the industry so desperately want this action from the feds?

“With plant-based diets all the rage in the U.S. currently, milk alternatives — and particularly those from almonds — are seeing strong sales growth and increased innovation, while sales of dairy milk are contracting,” Food Navigator reported last year. “In the past five years, sales of almond milk have grown 250% to more than $894.6 million in 2015 … [while] the total milk market shrunk by more than $1 billion.”

So dairy profits are declining as people drink more almond milk and the industry is, in a nutshell, freaking out.

But plant-based milks are more animal-friendly and often healthier for humans and more sustainable. (Of course, all consumables — including beverages like almond milk — have their own environmental impacts, but the eco-foodprint of plant-based milks is smaller than that of dairy milks.) And consumers obviously prefer an array of choices.

Smart dairy industry leaders are embracing this market shift instead of fighting it.

“At the end of the day, the plant-based model is a lower-cost model because the cow is a relatively inefficient converter of grain into protein,” said Gregg Engles, former CEO of the mega milk processor Dean Foods. “The cost advantage of plant-based over dairy, we believe, will continue to grow.”

When Engles was at its helm, Dean bought WhiteWave Foods — which makes the ubiquitous Silk brand of soy and other plant-based milks — then built the company up and eventually spun it off. Now WhiteWave is in the process of merging with Danone, another major dairy producer. Vermont’s own Ben & Jerry’s recently launched four flavors of plant-based ice creams made with almond milk instead of cow’s milk, and Stonyfield Farms offers a line of soy yogurts.

Other animal agribusiness industries are making similar shifts. Tyson Foods, one of the world’s largest meatpackers, recently created a $150 million venture capital fund to, among other things, explore plant-based proteins that can replace meat. Kraft Heinz may own Oscar Mayer, but it also owns Boca, maker of veggie burgers and other meat-free products. The former CEO of McDonald’s now sits on the board of plant-based meat maker Beyond Meat, while Burger King’s former chair started his own plant-based food company, Sweet Earth Natural Foods.

Dairy producers would be wise to follow these leads. Rather than pressing lawmakers for federal intervention against successful plant-based milk makers, industry leaders ought to move into the 21st century by embracing consumers’ evolution toward incorporating plant-based beverages into their diets.

In other words: Stop crying about spilled almond milk — sell it instead.